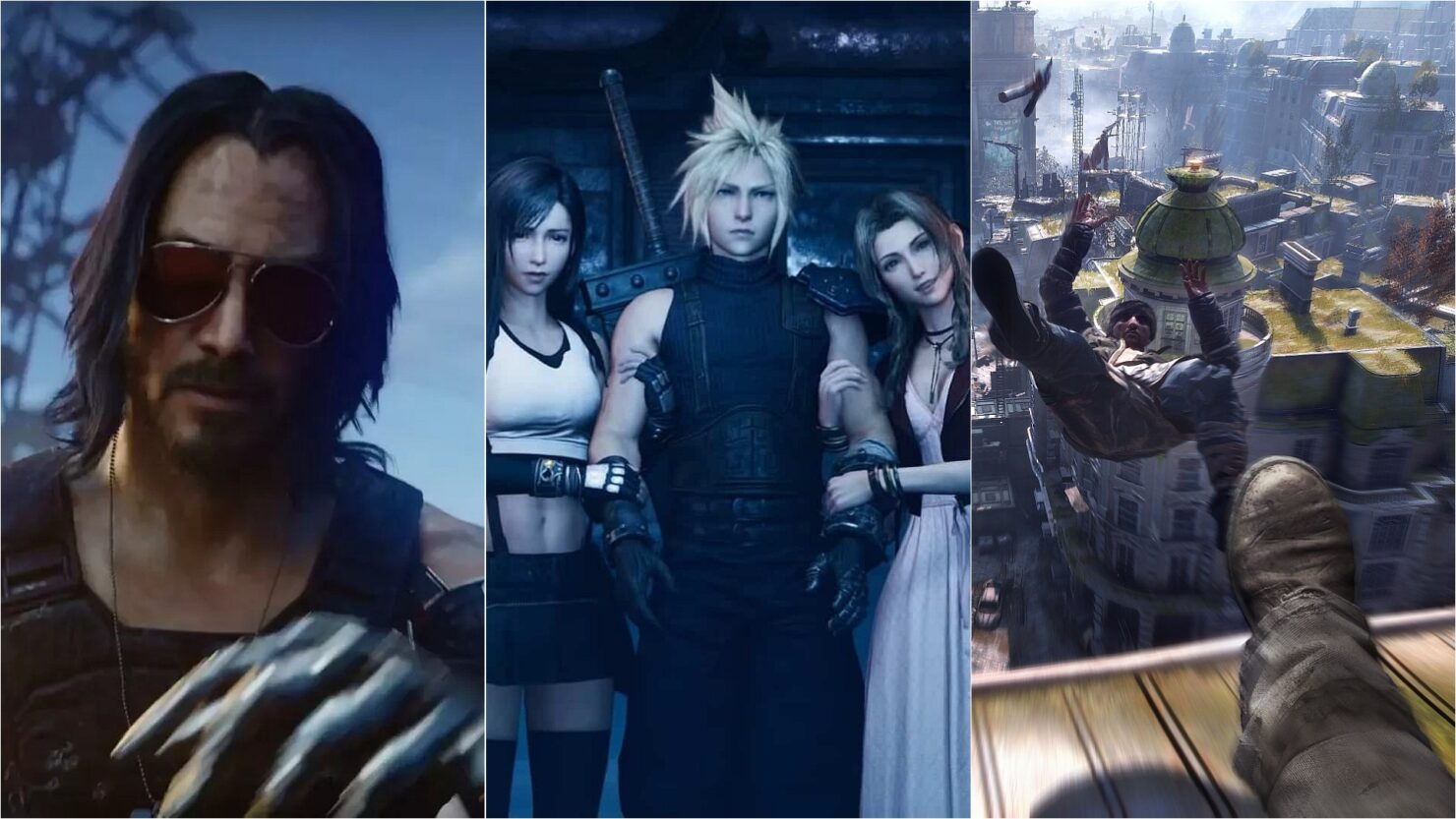 2019 has definitely been a very good year for roleplaying games, with games like Kingdom Hearts 3, The Surge 2, Fire Emblem: Three Houses, The Outer Worlds, Pokemon Sword and Shield, and The Legend of Heroes: Trails of Cold Steel III, but last year's line-up pales in comparison to the 2020's.

With highly-anticipated games like Cyberpunk 2077 and Final Fantasy VII Remake, 2020 is setting up to be one of the best years for roleplaying games in a very long time, also thanks to the sheer variety of the line-up, which includes traditional turn-based RPGs, modern cRPGs and action RPGs 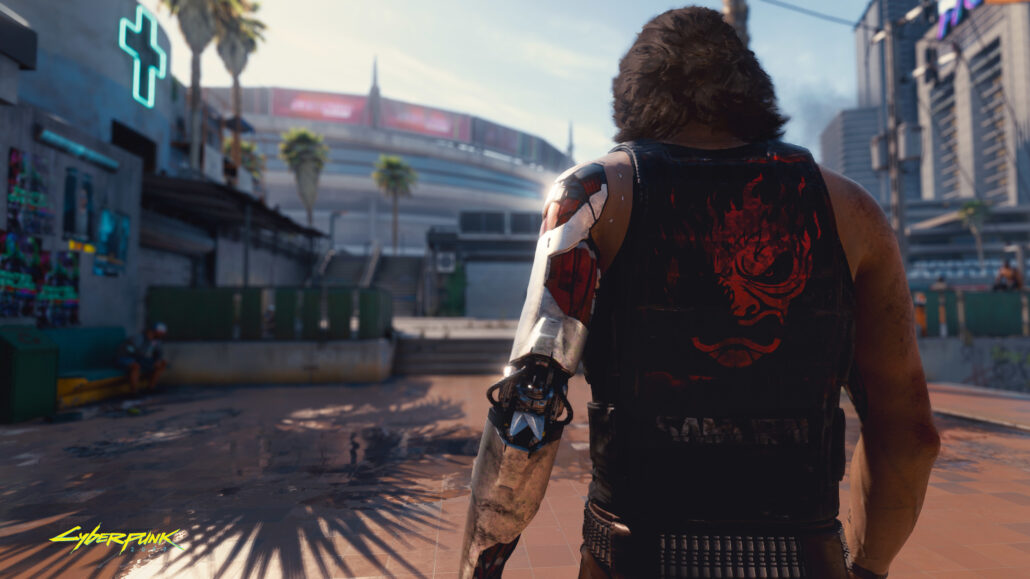 Originally revealed in 2013, CD Projekt Red's massive first-person RPG is finally releasing this year, and it's shaping up to be a serious contender not only among the best roleplaying games of the year but also for the overall category.

Building upon the foundation laid for The Witcher 3, Cyberpunk 2077 promises to bring roleplaying games to new heights with deep character creation and plenty of customization options, granted by augments, which will give players total freedom in how they can build their characters. The different builds also unlock different paths during story quests, something that will give the game great replay value. Immersion level is also going to be massive, with a lot of different side-activities and quests that will be meaningful to the story as a whole and not mere filler.

Some of the design choices, such as the first-person view may have been controversial, but there's no denying that Cyberpunk 2077 will be the game to get in 2020 for all RPG fans. 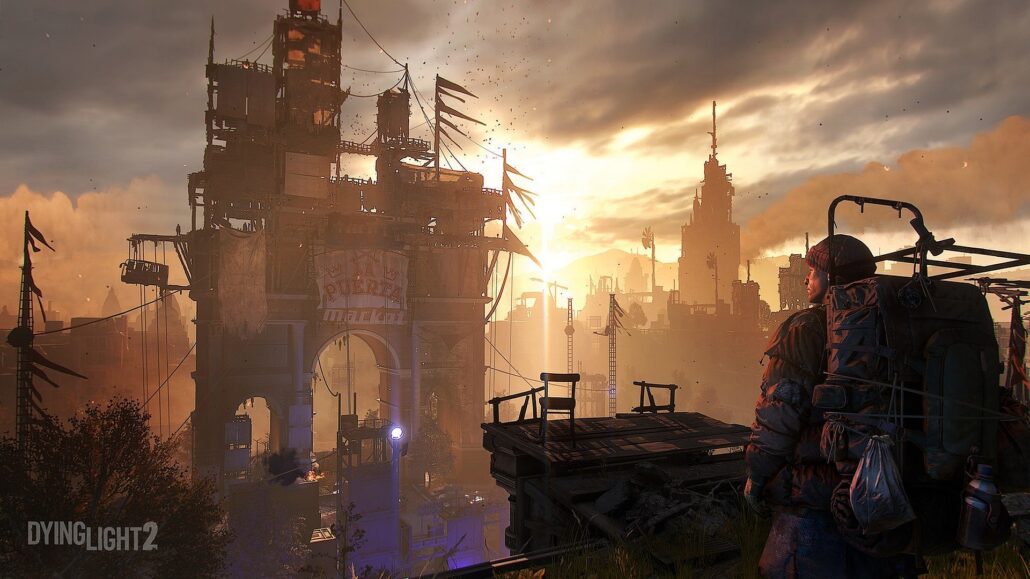 With the original Dying Light, Techland showed the world how the gameplay experience of the original Dead Island could be brought to new heights with an expanded scope, focusing on verticality and parkour, and visceral, brutal combat. Not satisfied with what they have achieved with the original game, the developer is bringing everything up a notch with Dying Light 2.

Set in a brand new city, Dying Light 2 will not only feature even better maneuverability than its predecessor, more useful items and powerful enemies and zombies, but also a renewed focus on the narrative, which will see players make choices that will impact the story like in many RPGs. As such, the fate of human society in an infected world is all but obvious, and multiple playthroughs will be necessary to witness every major event and questline, as in most of the greatest roleplaying games. After all, RPG legend Chris Avellone was brought on board as the Narrative Designer for this very reason. 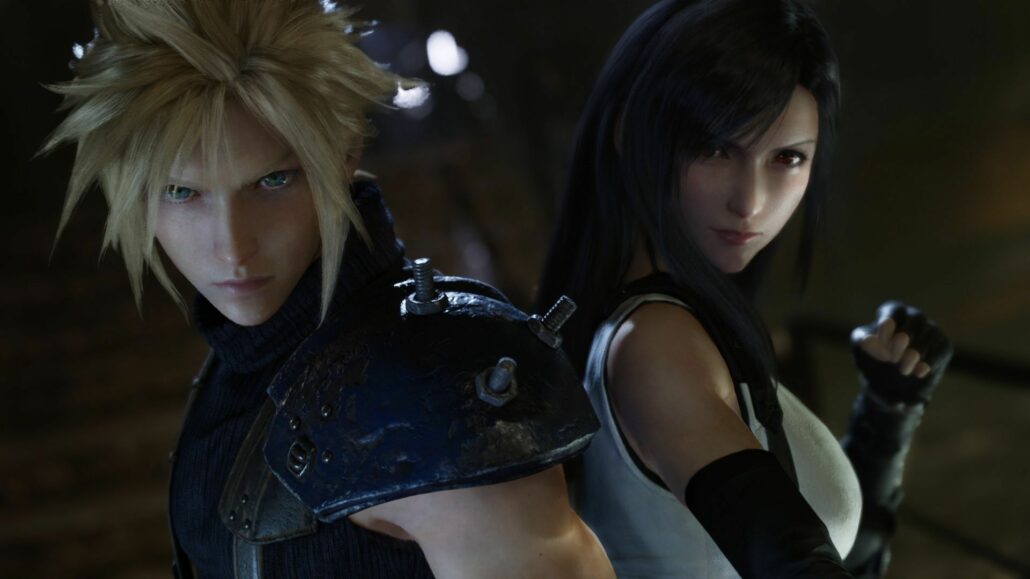 The Final Fantasy VII Remake is probably one of the most anticipated games coming in 2020. Since the release of the original game back in 1997, fans have dreamed of experiencing Cloud's adventure again with improved graphics and gameplay, and their wish is about to be granted.

The Final Fantasy VII Remake (or rather, the first part covering the Midgar story arc) is setting out to be one of the best remakes ever made. While being as faithful as possible to the original, the remake will expand the scope of both storytelling and gameplay considerably, making even the very first boss battle against the Scorpion Sentinel a battle to remember. 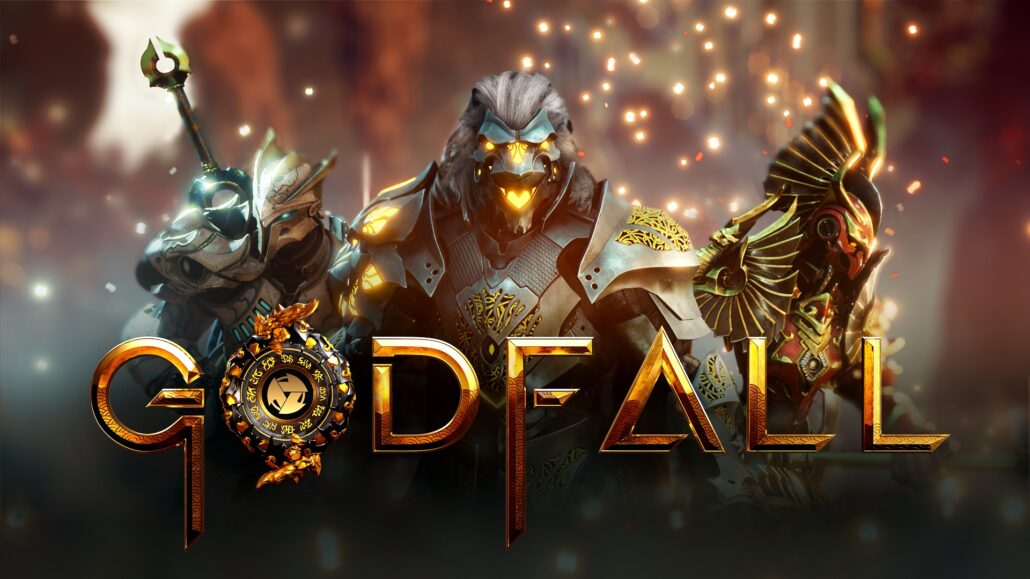 Godfall, a fantasy action roleplaying game in development by Counterplay Games, bears the responsibility of starting the new console generation, as it currently is the only RPG announced for the PlayStation 5. Expectations are high, and rightly so, as players are eagerly anticipating to see how developers will take advantage of new console hardware.

Godfall will be set in a high-fantasy setting split into five different realms - Earth, Water, Air, Fire, and Spirit - as they are nearing an apocalyptic event that only the main character, member of the Knight's Order, can prevent. Once a character has been created, players can decide the class between three primary ones, which will determine which Valorplate can be equipped. Valorplates and Augments can be used to customize the character.

With a huge focus on drop-in co-op and loot, Godfall may be the game to tide players over until the release of Diablo IV. We still have to see and learn more about the game, but there's no denying that being in development for a next-gen console is more than enough to get players excited for it. 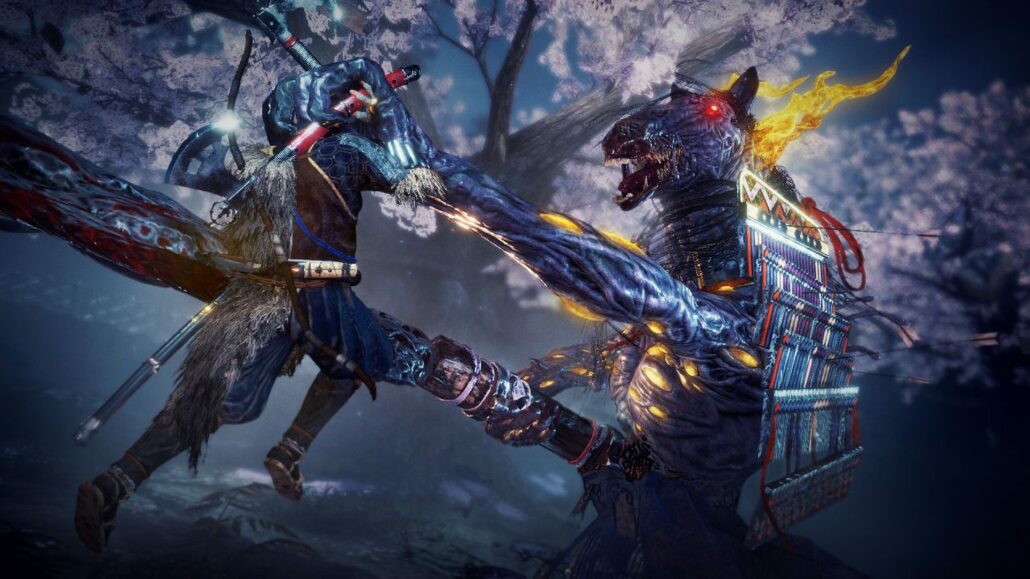 With From Software's Elden Ring still lacking a release window, fans of brutally challenging roleplaying games will have to rely on Team Ninja's Nioh 2 to get their dose of "You are Dead" screens.

While Nioh 2 doesn't look radically different from its predecessor, Team Ninja has done plenty of tweaking to the original experience, adding some new major gameplay mechanics, like the ability to transform into Yokai and use their unique abilities. Players will also be able to wield a variety of weapons, including those seen in the original Nioh, customize their characters with skills and alter their appearance in any way they want thanks to the character creator, which was one of the most requested features from fans of the original game.

Nioh 2 may be releasing fairly close to Final Fantasy VII Remake and Cyberpunk 2077, but with no From Software game on the horizon, and with the quality of the core experience, the game will surely not go by unnoticed. 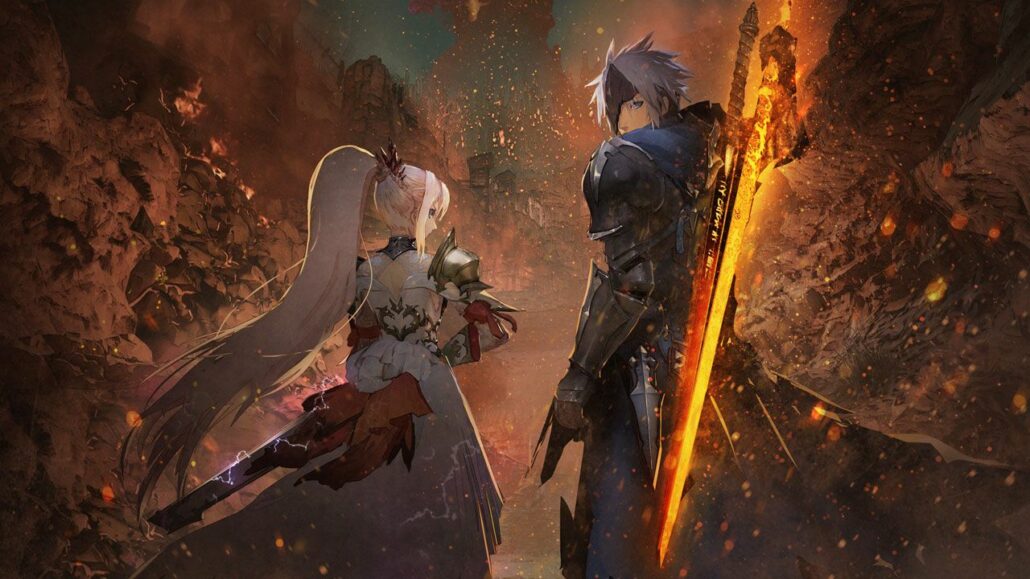 The Tales of series has been innovated considerably with Tales of Zestiria and Tales of Berseria, and Tales of Arise will capitalize on the changes introduced by the previous entries in the series, increasing the scope of both gameplay and storytelling, thanks to the Unreal Engine 4, which will be used for the first time for the series.

The game will be set between the medieval world of Dahna and the advanced world of Rena. Being more advanced, Rena holds power over Dahna, stealing its resources and enslaving the population. The two main characters, Alphen and Shionne, come from Dahna and Rena respectively, which has the potential to create a very interesting dynamic.

The yet to be fully detailed combat system will be another evolution of the Linear Motion Battle System, a fighting game-like battle system allowing players to string together regular attacks and powerful Artes for powerful combo attacks. Like in other recent entries in the series, enemies will be visible on the field, with no separation between field and battle arenas.

While there's still a lot to learn about Tales of Arise, there's no denying that the game has the potential to become one of the best entries in the series ever, if the development team manages to build upon the innovations introduces in the previous two entries properly. 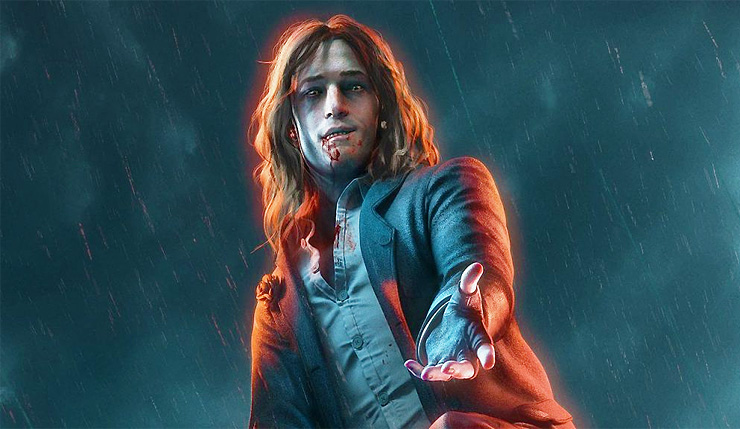 The main character is one of many that has been turned into a vampire during a Mass Embrace event in Seattle. Having become a Thinblood, a weaker strain of vampire, the character will have to survive in a city divided between different vampire factions with distinctive traits and beliefs.

Gameplay and lore are strictly related in Vampire: The Masquerade - Bloodlines 2. As vampires are bound by the Camarilla to remain hidden from humans, players will be punished if they use their vampiric powers in front of witnesses. These powers will be extremely varied, and they depend on starting Discipline and on the clan players decide to join. They range from flying and gliding, summoning mist, enhanced strength, speed and so on. Blood will obviously extremely important, and the wealth of gameplay mechanics built around it will make players feel like true vampires.

With deep lore and engaging roleplaying mechanics, Vampire: The Masquerade - Bloodlines 2 is hyped not only as the game fans have been waiting for 16 years, but also one of the most interesting RPGs of the year. Hopefully, the decision to delay the release will allow the game to come through all the lofty hype. 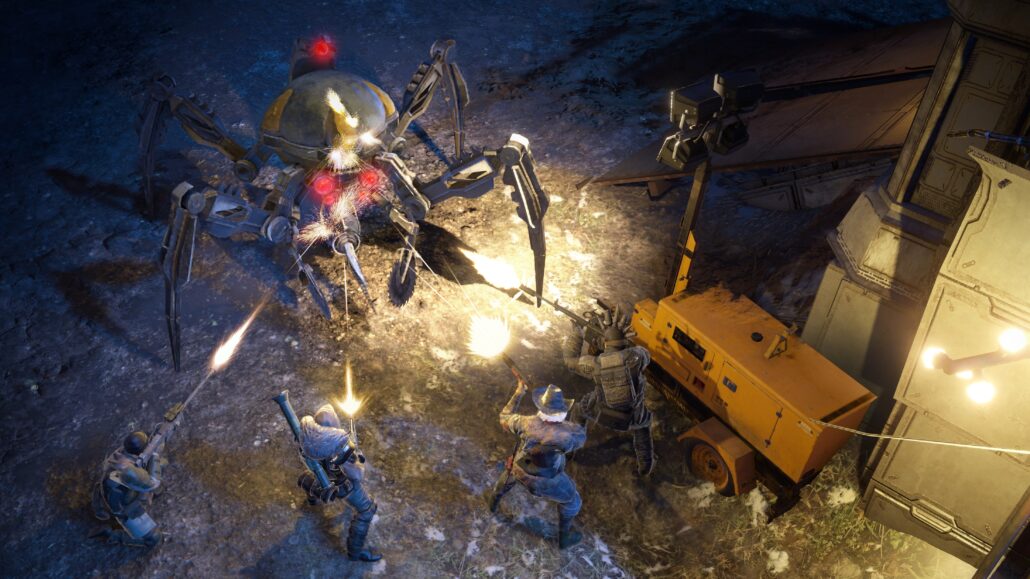 Wasteland 3 has the dubious honor of being the only game in this list to appear in last year's as well, as inXile Entertainment delayed it following the Xbox Game Studios acquisition of the developer. However, according to inXile, this allowed Wasteland 3 to become a much better game.

With no new entry in the Fallout series, this is the game to keep an eye on for fans of post-apocalyptic settings. Set in the great state of Colorado, players will take on the role of a survivor of a Ranger Squad called Team November and they will have to explore a dangerous wasteland with the help of vehicles and fight against mutated creatures in an improved turn-based combat system. The story will also be enhanced by a revamped dialogue system.

With the addition of synchronous and asynchronous multiplayer, Wasteland 3 will cater to a larger RPG audience, and it can become one of the best RPGs of the year if developer inXile Entertainment will manage to deliver on all of its promises. 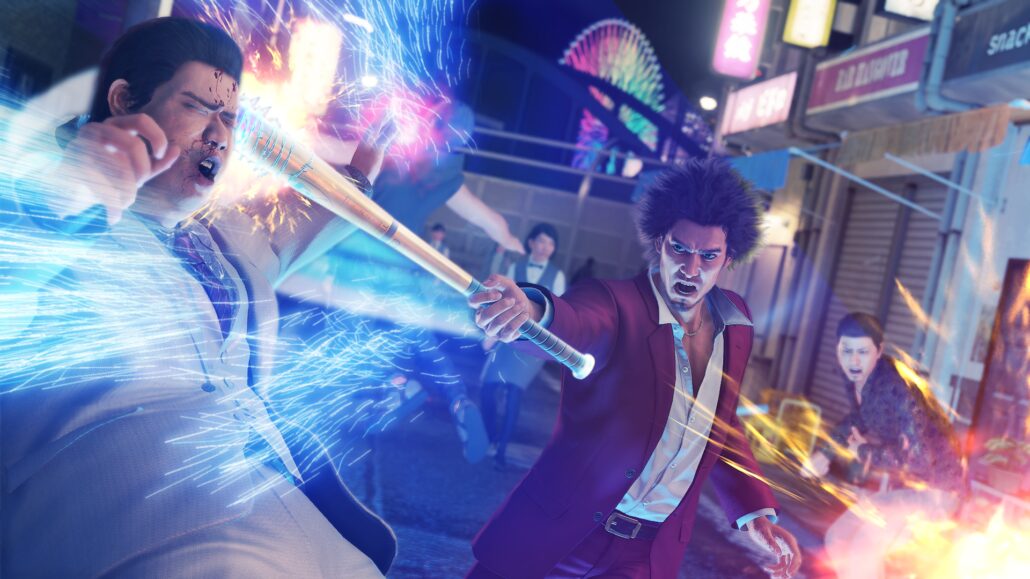 The Yakuza series featured roleplaying mechanics since its very beginning, but Yakuza: Like a Dragon is a true revolution for the entire franchise, as it introduces a bigger focus on these mechanics, as well as a turn-based battle system.

Yakuza: Like a Dragon turn-based battle system is an experiment, and Sega confirmed they will go back to the older gameplay style if the new direction proves to be unsuccessful. No matter the gameplay mechanics, the Yakuza series always manages to deliver a compelling experience, and Yakuza: Like a Dragon is surely not going to be much different in this regard. The game is out today in Japan, while the Western release is scheduled for later this year.

The games above are just some of the notable roleplaying games releasing in 2020. Persona 5 Royal and Xenoblade Chronicles: Definitive Edition will expand the original releases with new content and features, while Trials of Mana will be offering a completely new take on the action role-playing game experience of the original game, originally released on SNES and recently made available for the first time in the West on Nintendo Switch with the Collection of Mana. Gods and Monsters and Mount & Blade II: Bannerlord will provide diametrally opposite role-playing experiences, the first with a new take on the Zelda Breath of the Wild action role-playing game experience featuring ancient Greek gods, the latter with a realistic and grounded medieval combat simulation. Last, but not least, Bravely Default II will bring the Job System and unique turn-based battle system of the first two entries in the series to a home console, alongside a brand new setting and characters.