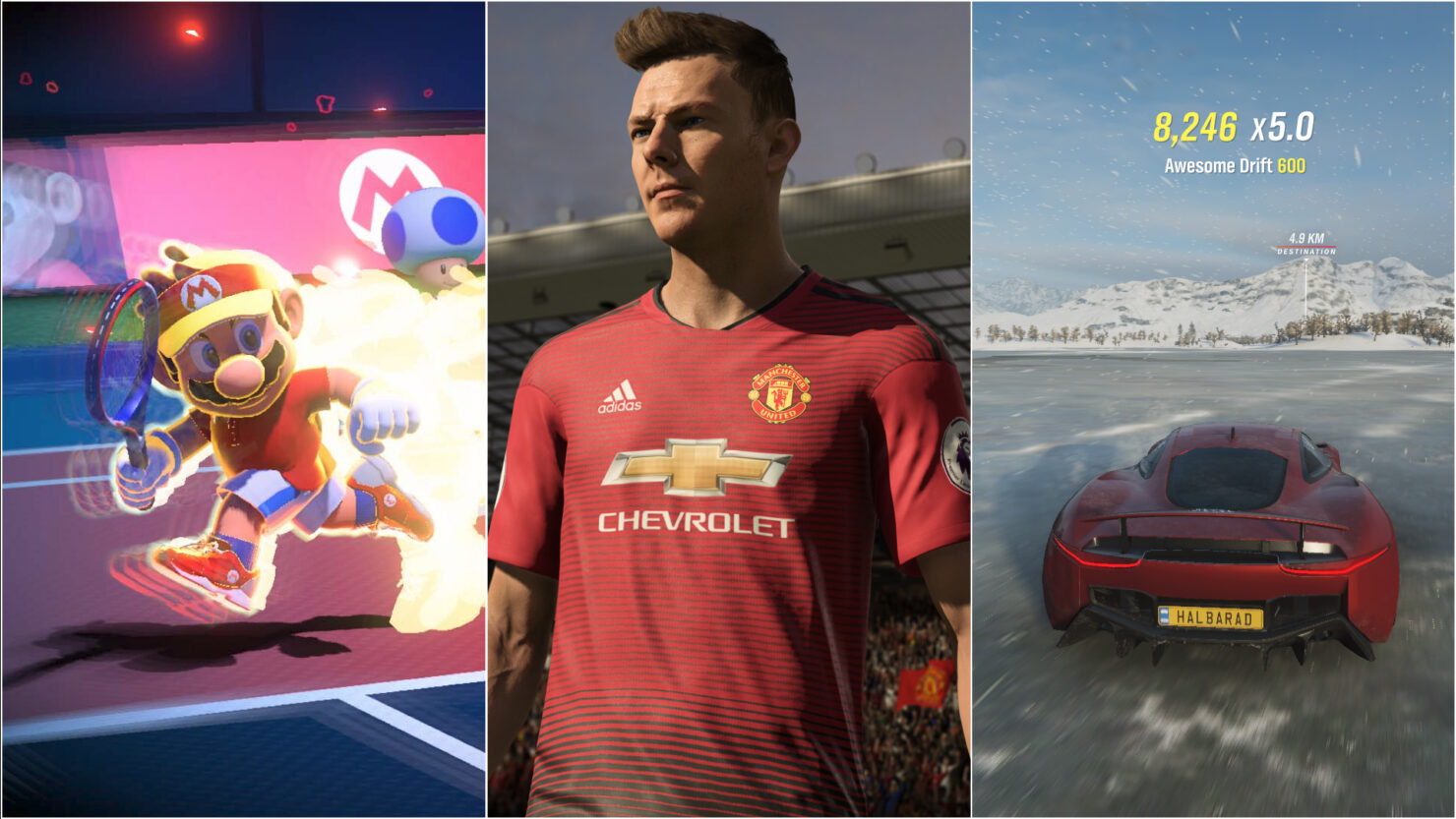 If there's one thing that can be said about games, it's that they give the players a true way to place themselves in any position they fancy. From travelling the land, slaying demons and dragons, often within dungeons, to being the leader of your very own civilization and possibly even just running your own shop, the opportunities are endless. For both the Sports and Racing genres, these are often things you'll find people watching on TV at home, before jumping on the game and actually participating in what they've just watched.

One thing I normally do is try to avoid putting a game on two lists. For the most part, it's fairly easy to avoid doing this, though this list does make it difficult. Why? Because Football Manager 2019, as a management sim, has already topped the list of our best Strategy and Simulation games of 2019. It would be pretty unreasonable to include it on two lists, wouldn't it?

So, without further ado, let's look at the best Sports and Racing games of 2018. As always, only new and actually released titles are counted, meaning no Early Access games or re-releases. Also, only games that we have actually played are included, though we may not have actually reviewed the title.

It took a while for Playground Games, Leamington Spa based developers, to finally bring the Horizon festival home to Great Britain. What a trip it is as well, truly hosting a top-notch festival as well as bringing out the great of Great Britain. That's exactly what Forza Horizon 4 does best, the land itself. The perfect amalgamation of some of the best scenery Britain has to offer, with use of verticality that the series has never truly offered, as well as including the changing seasons which fundamentally changes how you race helps propel the game forward.

Having a far superior map only really helps if there's content to fill it and offer interesting ways to keep the player engaged. There's little doubt that Playground has succeeded here too. With a host of races, events and more, there's always something to do in the world of Forza Horizon 4. The changing seasons literally makes it so the same races can feel drastically different if played at a different time. All of this makes for one of the most involving open-world titles around as well as an outstanding Racing game to boot.

Here's what I, the superb driving master Chris Wray, had to say about Forza Horizon 4:

With Forza Horizon 4, there’s a sound argument to be made that Playground Games have honed their craft to a near perfection. While there’s little doubt that the core gameplay of Forza Horizon 4 hasn’t fundamentally differed at all from the previous outing in Australia, the inclusion of seasons, the improvement in graphical fidelity and the sheer quality of content lets it surpass the previous Forza Horizon. Forza Horizon 4 is my favourite and, arguably the best racing game you can play right now. 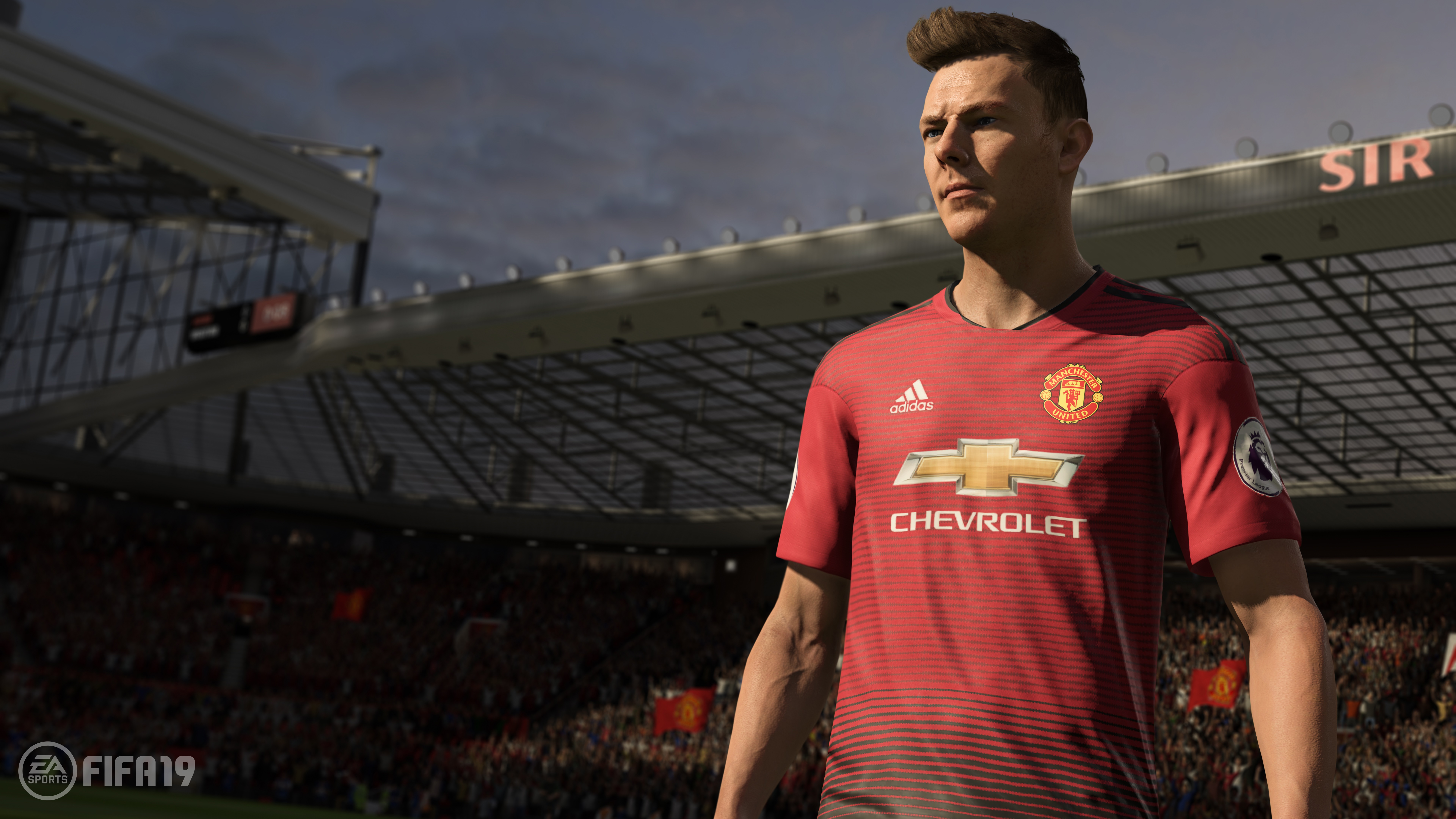 Football is important to a significant portion of the world. Indeed, to just say that it's important is one of the biggest understatements I'm ever likely to make in my life. In reality, for some people it's either more important than or simply is their religion. From the majority of South American countries to Europe, Russia and ever-growing popularity in Asia. Aside from the Olympics, no sport comes close to the reach of Football.

Naturally, fans want the game to be just as good as the real thing. In the case of FIFA 19, they've got their wish. Fifa 19 is the most realistic football game yet, offering brilliant ball control, on and off the ball positioning and a myriad of tweaks to bring the game closer to the real thing. All of this is backed up by the finish of a story highlighting different aspects of football, including preparation for the Women's World Cup and the culmination of Alex Hunter's career as played in the previous two FIFA's. This was, however, left with a gaping Christiano Ronaldo shaped hole thanks to his transfer to Juventus.

Here's what an Arsenal fan (the poor soul), Christian Vaz, had to say about FIFA 19:

I can’t think of a single FIFA game that brought about as many big changes to the series as much as FIFA 19 has. EA has used the Champions League/Europa League license to improve the single-player experience, not to mention the use of special cards in FUT. The gameplay is finally at a point where it strikes the perfect balance between fun and realism. There’s also much more depth when it comes to customising your team, allowing you to make your squad play exactly how you want them to using the Dynamic Tactics system. To top it all off, local multiplayer has received the biggest update in years with the new House Rules and stat tracking system that you are able to use anywhere. FIFA 19 is by far my favourite football game of all time, and that’s really saying something. With so much content available for every type of player, you’d be crazy to miss out on this one. 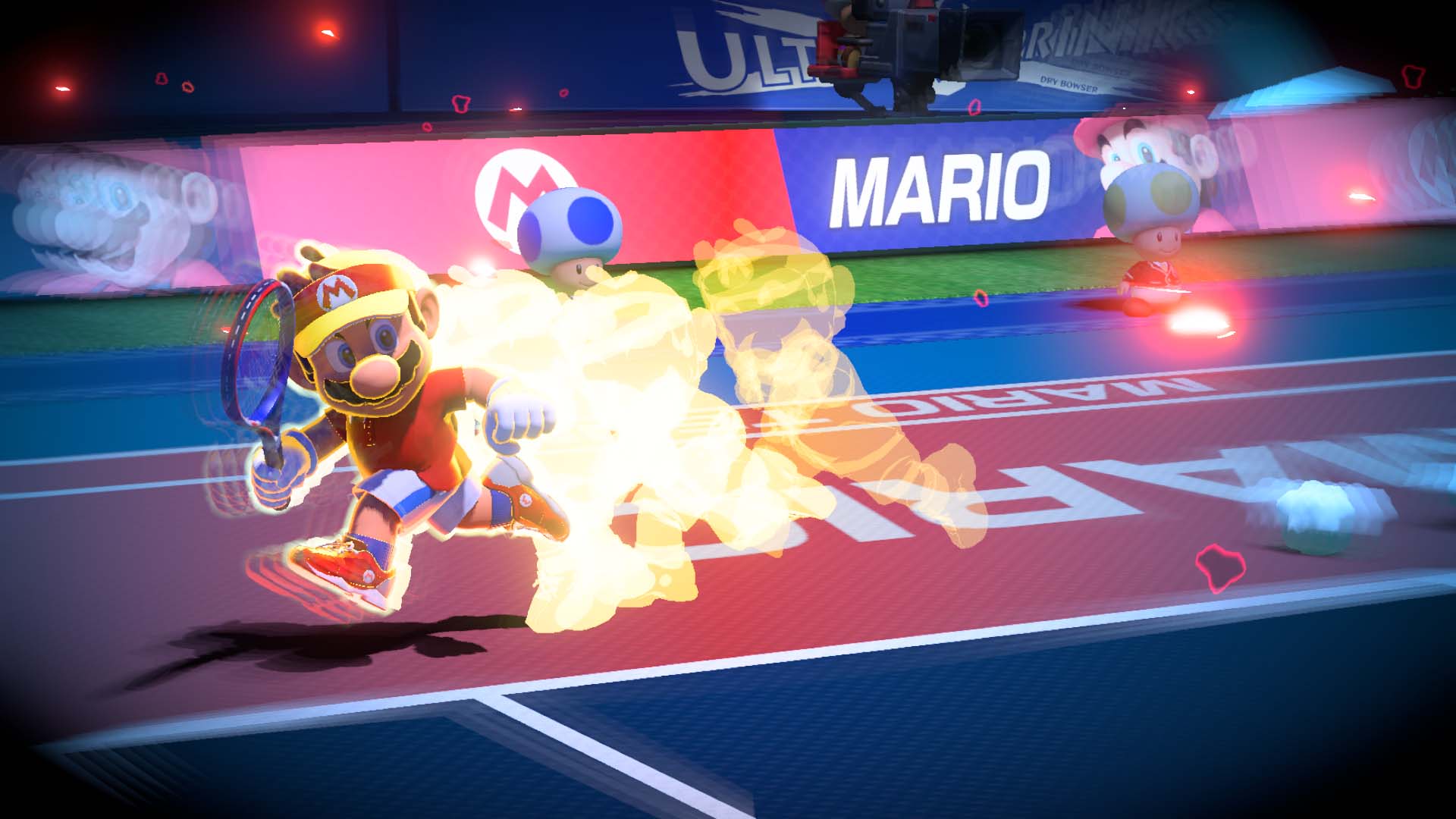 Mario Tennis Aces is exactly what you would expect Mario Tennis Aces to be, though maybe just a little less in one aspect, and more in another. If there is a lesser aspect, it's the fact that there isn't really a story to talk about and that it is, after all, tennis. The positives? Almost everything else.

As one could expect from a Mario title, it's brilliantly colourful, vivid and would have you believe you've been on the meth right after a nice dose of PCP. This vibrant aesthetic style is joined by gameplay which is just as vibrant. Mario Tennis Aces offers a wide variety of match options, health bars for your rackets and of course shots that are out of this world. It's an exciting and excitable game, one that's well worth picking up.

Ever wondered what a balding British bloke thinks about Mario Tennis Aces? You're in luck, here's our very own Dave Aubrey:

Mario Tennis Aces is easily among the best games in the franchise, and on Switch it looks rather lovely – even if there are a fair few jaggies in the image on a larger TV to allow for 60FPS gameplay. Though, in motion, you won’t be noticing them at all. The characters and courts all look wonderful and have the expected level of Nintendo polish. 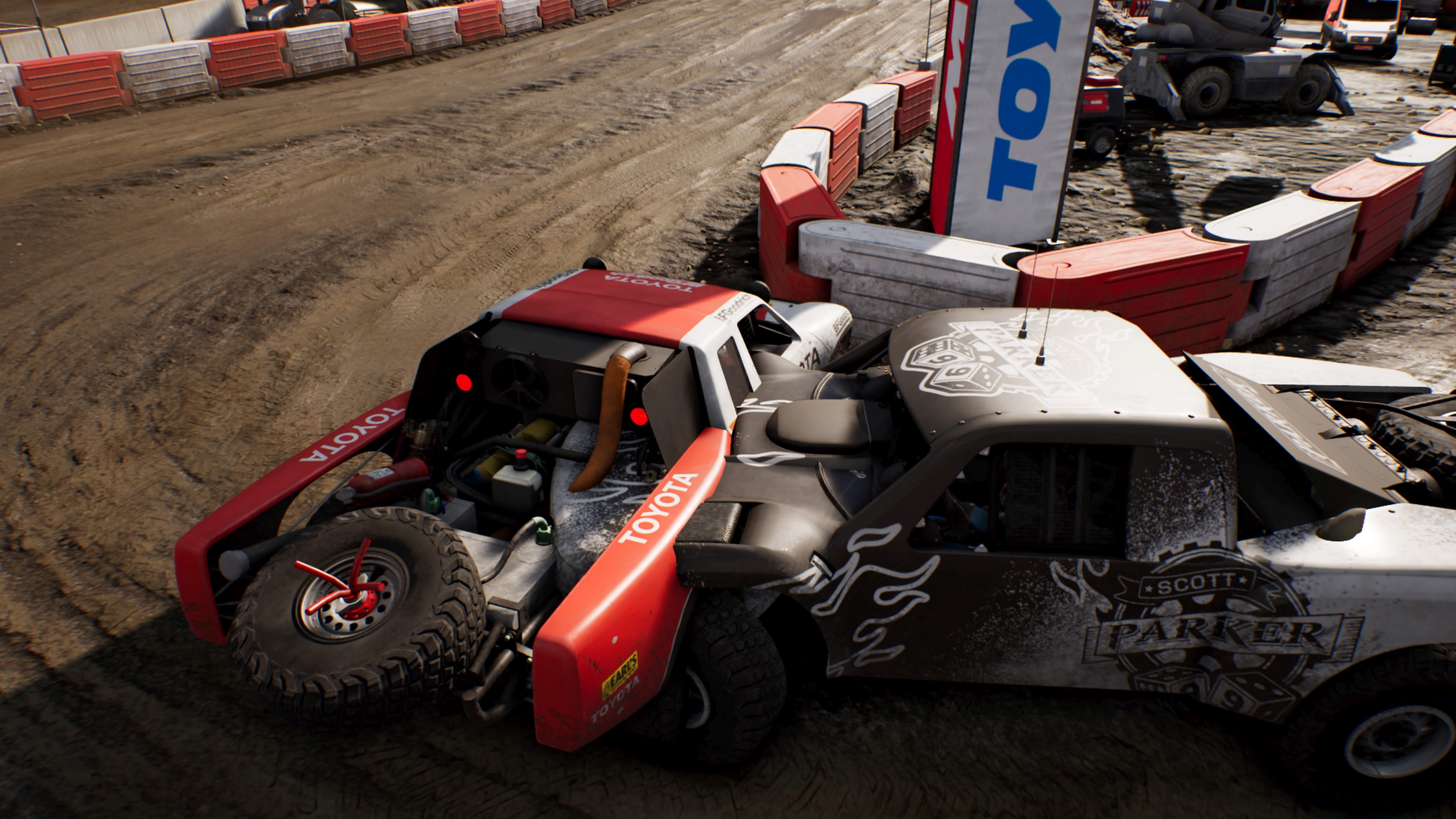 If 2018 could be identified as anything in particular when it comes to the Racing genre, it would be that it's the year of Milestone S.r.L.  A developer that, for the most part, has made - at best - good games. In the past, you could mostly call them inoffensively average, though often too rushed. 2018 saw the move to Unreal Engine and they have certainly reaped the benefits from that.

Gravel was the first and arguably the best of five releases by Milestone this year and a good arcade racer in a world that has gone a little too far into Simulation. At least that's how it seemed before the year continued and even more arcade-style titles were released. Even considering this, Gravel still stands strong as a worthy title for any arcade racing fan, with decent AI that races you around more open tracks set against some fantastic backdrops of fantastic locations like Namibia, Alaska and more.

Here's what some brilliant chap called Chris Wray had to say about Gravel way back in March:

While Gravel has issues like strange collisions, cars literally merging into each other and some issues with shadows, there is a lot to say about it. There’s a wide variety of racing types, tracks and cars to use. Almost everything is fast paced and entertaining and simply gratifying. Simply put, Gravel is a very good arcade style racing game and Milestones best game yet.

Come on, you knew this was coming ever since I said it wasn't going to be mentioned! Read about it here, it's simply a brilliant game. 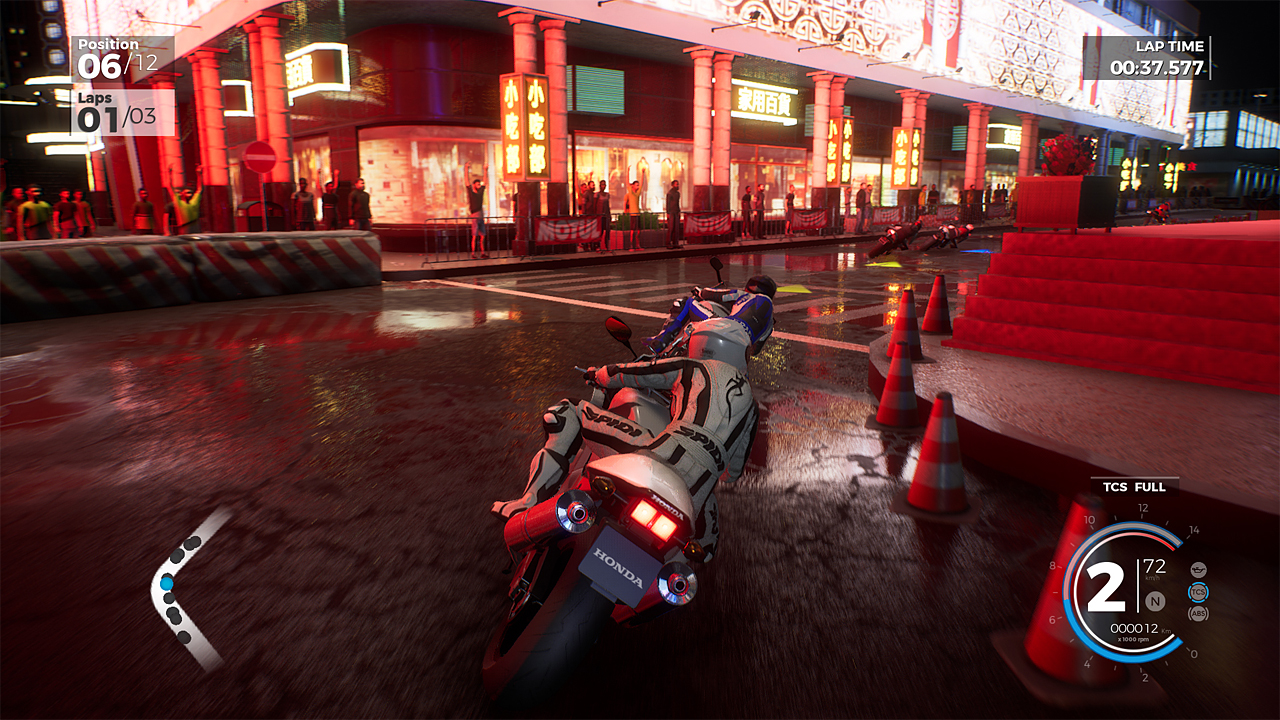 I love motorbikes. I don't like falling off of motorbikes, but I love the feeling of freedom when you riding around on a bike. This is something that, for the most part, games have always failed to truly capture. Ride 3 is the closest a game has truly got to this feeling while looking as good as it does thanks to the inclusion of new environments, more detailed courses and a host of bikes to race around on.

What Ride 3 also has is a downright insane length career mode. So much that it's actually a bit of a fault unless you love bikes. Set across 61 volumes, each featuring races limited to bikes of a specific style or class, you're always going to find yourself racing around on a huge variety of bikes. All of this enhanced physically and aesthetically by the aforementioned move to Unreal Engine. What is for sure is that Ride 3 finished off the year well for Milestone and is probably the best motorbike Racing game around.

Nathan Birch, our very own pet Canadian, after apologising for some reason had this to say about Ride 3:

Ride 3 tries its best to be welcoming, but only true motorbike buffs will want to stick with the game long term. Those hardcore fans ought to be satisfied, as Ride 3 plays well enough and is packed with authentic, lovingly-detailed content, although a repetitive structure and bland visuals limit the experience a bit. Ride 3 may just be the best racing sim on two wheels, but some of its four-wheeled competitors still lap it.

Sports and Racing Games 2018 - A Year in Review 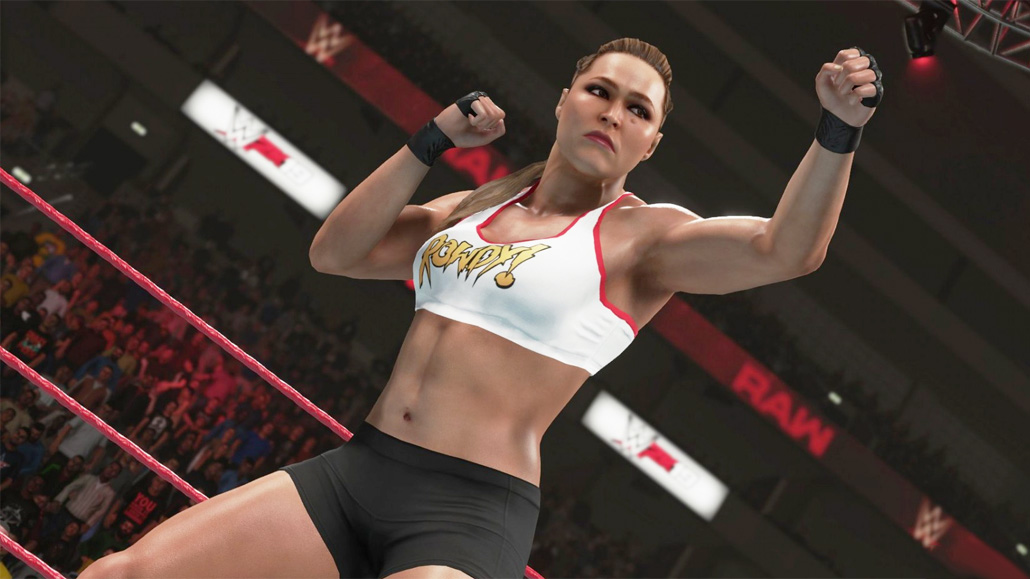 Sports and Racing Titles, by nature, lend themselves to annualised releases. It's nice that, in the case of 2018, companies have seemingly pulled out a recent stagnation.

Electronic Arts, despite still peddling gambling mechanics and actively attempting to get children addicted to gambling (FIFA Ultimate Team) have certainly made FIFA as good as it's been in a very long time. Milestone has finally moved above 'Eh, it's pretty good' as a decent summary for a number of their titles and 2K have finally lowered the loading times in WWE2K from "Hello, Grimm Reaper" to "Jesus Christ, It's my Birthday - Again"

This year also saw the release of the splendid Wreckfest, originally named - back in 2013 and onwards - Next Car Game. If you've been wanting Destruction Derby to make a return, Wreckfest is the sort of game for you. You've been waiting for a Racing game that plays like a shooter? Onrush is here to take the stage. How about the next best Kart Racing game? Look far, far further than Nickelodeon Kart Racers (2/10) and never look back. Ever.

As always, some games have missed this list either through sheer forgetfulness or time constraintsRacing during the year which meant we didn't get the chance to play them. Please feel free to mention any of these in the comments and let me know how stupid I am!

So on that note, I'll leave you to start playing some of 2018's best Sports and Racing Games and let's all start looking forward to the games soon to hit us now we're in 2019.