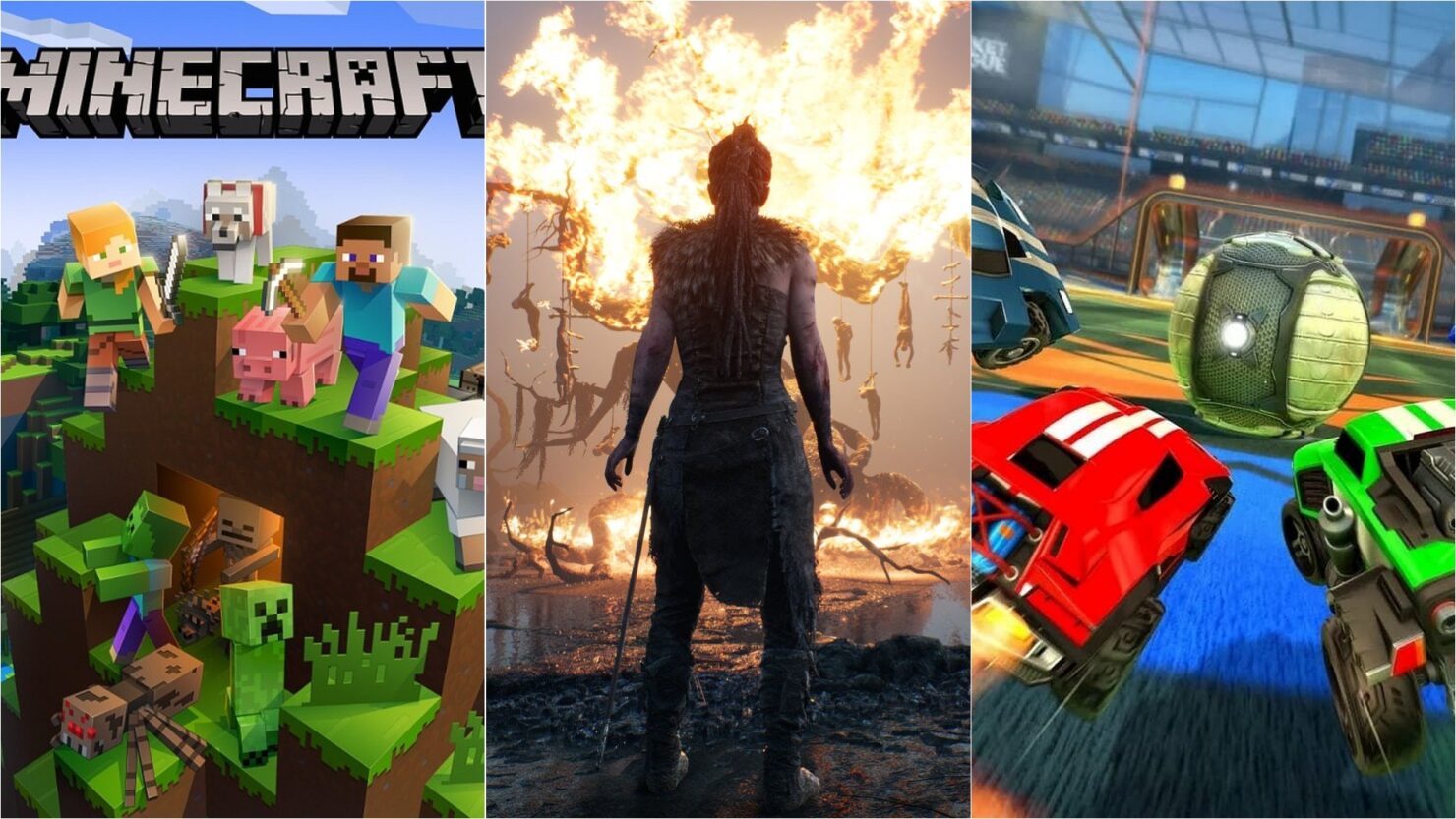 For some of us, it may feel like the 2010s have been going on for basically a century at this point, but I’m fairly sure they are finally coming to an end. To celebrate the dawning of a new decade, it is time for us to look back at some of the best indie games of the last ten years, and this has been a huge challenge. At the tail end of the decade, indie games started to get more mainstream attention and really find a place in the market, which led to a boom of fantastic, inventive, unique, experiment, and bizarre titles. Some have had a profound impact on the whole games community, others are the benchmark for their genre. While we couldn’t fit all of them here, we all hope that the next decade continues such an exciting, healthy trend. 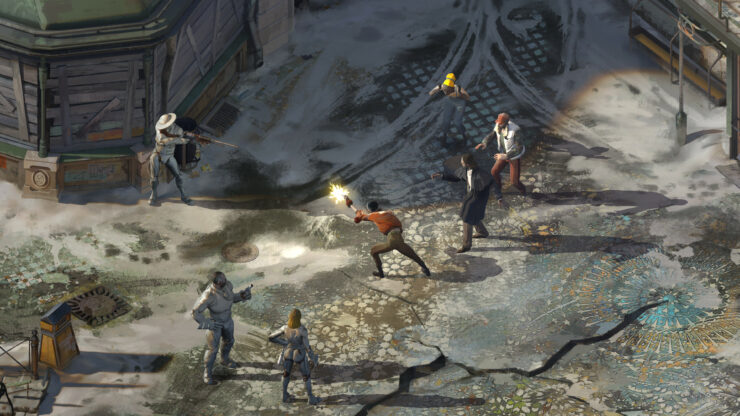 Okay, so we don’t actually have to look back too far for the first entry on the list, but Disco Elysium changed the RPG landscape overnight. Although the beautiful art design and combatless mechanics might draw the player in, it's the writing that really elevates the game to a masterpiece. The dialogue between the characters and the internal monologues you’ll navigate are interesting, thought provoking and almost mesmerising. Disco Elysium is a game that will be remembered fondly for years to come and is sure to inspire some interesting games going forward.

Releasing in 2017, Hellblade: Senua’s Sacrifice delivered on some weighty promises to create an uncompromising, faithful, and un-exploitative exploration of mental health that the games industry sorely needed. Taking the role of a young woman with schizophrenia players will have to fight their way into the Norse realm of Helheim while battling their own inner demons. Despite its action-packed sword fights, Hellblade managed to shine particularly through some emotionally challenging moments that can make the experience surprisingly tough. Even so, it is a beautiful, incredibly powerful, and extremely important game.

Return of the Obra Dinn 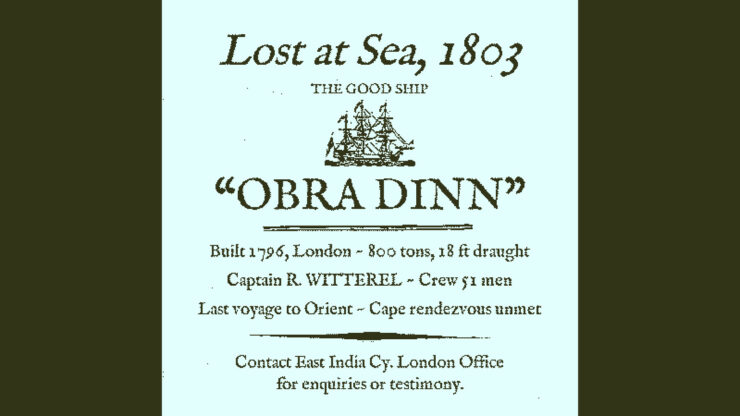 Last year we saw the Obra Dinn come back into port. Using an art style that invoked very early computer games, the Obra Dinn was a puzzle game that wasn’t afraid to stump the player. The macabre objective for the player was to discover the fate of each of the Obra’s Dinn sixty crew members, but doing that meant using a generous amount of deductive reasoning and lateral thinking as the game would never just hand you the answer. From its novel aesthetic to its thought provoking concept, Obra Dinn was a game that had people talking, making notes, and basking in the satisfaction of completing a genuinely tricky puzzle. 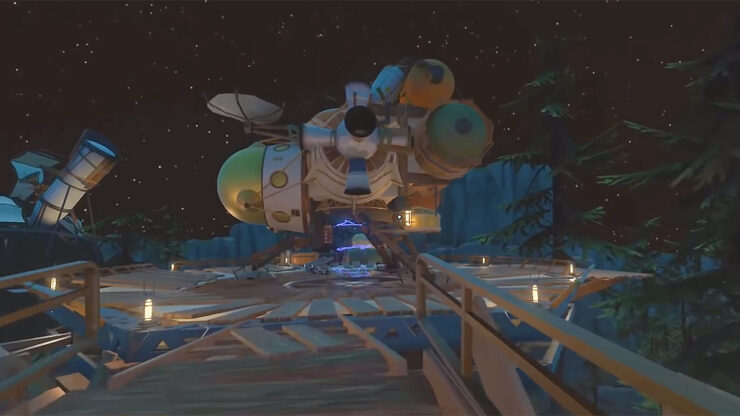 2019 was a good year for indie games. From the aforementioned spectacular detective RPG to the space-faring exploration of Outer Wilds, it has been a testament to the variety of indies games and their unending creativity. Outer Wilds is a game that will be without a shadow of a doubt, an inspiration to a new generation of developers. Playing through a time loop, players are tasked with exploring a solar system before it explodes and they start again. But what this game did perfectly that other time loop games have been working on for the last several years, is really make time feel like a location worthy of exploring. Each of the planets you visit changes the course of the time loop making you think about not only where you are but when. I won’t spoil anything here, because it is definitely a game that should be experienced for yourself. 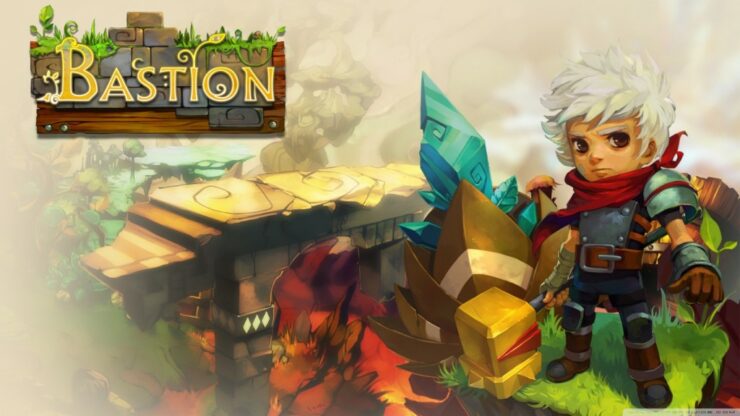 Bastion was one of the highlights of the Xbox Summer of Arcade events that helped launch the reputation of Supergiant Games as a vibrant and eccentric storyteller. Fighting your way through a colourful and broken city, Bastion is an isometric action game that captures your imagination and delves into some really interesting world-building that wasn’t handled before. Beyond the unique style, the thing most people remember about Bastion is the narrator reacting to your actions. But it is the whole package that made it so memorable and helped start a kickstart a decade of incredible stories. 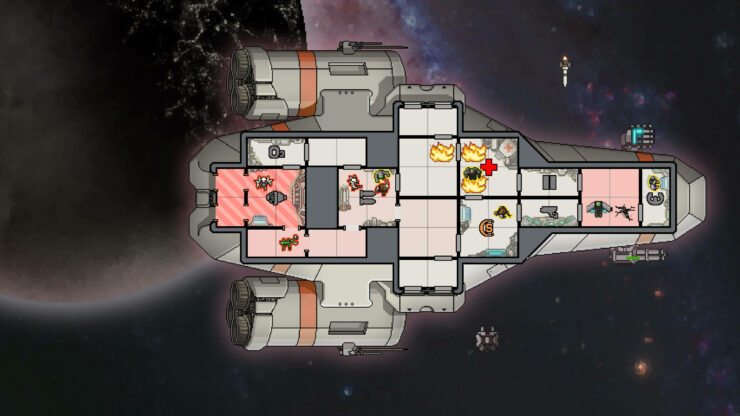 The 2010s saw a resurgence of the roguelike genre, where games could be played over and over again with different challenges and puzzles each time, and one of the most satisfying was FTL. Released in 2012, it had players command a spaceship across the stars, battling through anything from nebula stars to slavers. FTL was broken into text sections that gave players difficult decisions with potentially terrible outcomes and combat, where players had to balance their damage output with keeping their ship in the sky. FTL fulfilled not only a lot of would-be astronaut fantasies, but also tacticians too, and offered enough depth and variety that you couldn’t resist playing one more time.

Papers, Please is a game where you check people's official documents against the clock. It doesn’t sound fun, but its stressful satire on societies' thoughts of border control and government to the increasingly complex identification system, Papers, Please perfectly balanced its fun mechanics and its thought provoking tones. We’ve already seen the genre take on its own life with games like Not Tonight taking the format and expanding on it but the Papers, Please was a fantastic game that highlighted the capacity of games to be used as a moral question. 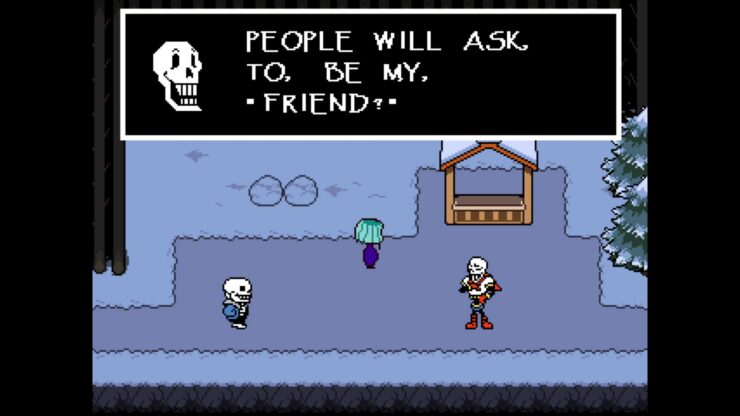 Undertale just had to be on the list. The game that looks like something for the GameBoy Colour, and yet indie games fans can’t stop playing it. This is one of the titles that cannot be explained in words. It's a comedy game that can make you feel bad. It's an old school RPG where you can talk every enemy down, a satire of game design. It's even a tongue-in-cheek examination of how we, the players, think about our games. But most importantly, it is a lot of fun. Undertale is the new target for the industry in trying to tell stories, make players think and do it all without being self-righteous. Let's hope we see more like it over the next ten years.

That's right, Minecraft. I know what you might be thinking: Microsoft owns and operates Minecraft, it doesn't belong here! Except it does, because the game started as the quintessential indie project. At the very beginning of the decade, it had only just about released to the public as an Alpha and creator Markus Persson still worked on it in a part-time fashion. The rest, as they say, is history.

Minecraft's incredible success to this day (it was YouTube's most-viewed game by far this year) makes it the perfect shining beacon for indie developers. Nowadays the blocky graphics style is not a taboo anymore, while some of its sandbox and building elements can be seen in all kinds of different genres. Most importantly, even after it technically stopped being an indie game when Microsoft bought Mojang, Minecraft never lost itself - yet again another worthy lesson for fellow independent developers.

Here's another example of an indie game that made it and ended up becoming much bigger than its developers likely anticipated. Psyonix came from the cancellation of Nosgoth (an online action game based on the Legacy of Kain IP) and the release of minor titles, including Supersonic Acrobatic Rocket-Powered Battle-Cars. They took the community's feedback at heart (title included) to evolve it into Rocket League, a pure jolt of good old arcade-like fun.

The game's runaway success (over $110 million in revenue garnered during the first year) allowed the developers to stop doing contract work and focus on their own IP instead. Now, much like Mojang with Microsoft, Psyonix got scooped up by a big company (Epic Games). Let's hope they will be able to retain a similar level of creative freedom.

There are, of course, dozens of other indie games that helped shape the market and community that can’t all be mentioned here, but we couldn’t go without giving credit to some of the other highlights of the last decade in our honorable mentions.