Few superhero games have been as widely anticipated as that of Marvel’s Spider-Man in recent years. The best selling comic book hero hasn’t seen his own solo adventure in a few years, having been seen in titles such as Ultimate Alliance and Marvel Heroes but nothing on his own for most of the PS4 generation. Insomniac has already seen success once before with an open-world city and fast traversal in Sunset Overdrive, so are they the perfect studio to pick up the superhero mantle and try their hand at making a new game based on Marvel’s Spider-Man?

There’s no origin story to be concerned with in Marvel’s Spider-Man, as fans by now should’ve been able to see at least one of the human spider’s adventures in the MCU (or Raimiverse) by now. Peter Parker has been at the vigilante beat for quite some time following his departure from The Daily Bugle, instead of working in a college lab with Dr. Otto Octavius on inventions to better the quality of life for wounded veterans and those in need. Despite this quieter life, there’s still the need to put the mask on once again as Wilson Fisk and other notable supervillains wreak havoc across the city.

In a startling amount of character development for an action game, Marvel’s Spider-Man focuses most on the human side of these heroes and villains. For as many times that Peter Parker puts on the mask to save the day, there are also just as many moments of philanthropy and spending time with familiar citizens as regular old Peter Parker. Personally, I never quite got used to looking at Peter’s face, as he looks like a cocky amalgamation of the last three movie Spider-Men combined into one. There’s something Uncanny about him that seemed to betray my personal views on how he should look beneath the mask; however, his cockiness and snarky quips fit the role perfectly, so I do believe that Insomniac ultimately made the right pick.

The villain roster for Marvel’s Spider-Man is quite impressive, going far beyond the usual likes of Wilson Fisk and The Shocker. Quite a few other notables from the Spiderverse pop into Manhattan just to say hi, ruin someone’s day, and usually wind up on the receiving end of a web bouquet. It isn’t just Insomniac’s interpretation of the Sinister Six that Spider-Man will have to tango with, but to speak any more on the roster would be a surprise better left to play for yourself.

Getting around Manhattan Island usually takes getting stuck in traffic by taxi, going by foot, or exploring the city via mass transit. In Marvel’s Spider-Man, only the last one is really viable as means for fast traveling around this sprawling metropolis. However, unless you’re going from one corner of the island to the other, traveling by air is the quickest mode of travel and Peter’s tools are perfect for the job. If you  The 2018 rendition of Spider-Man’s web-slinging is the greatest form seen in video game history and sailing around between buildings or through open-air parks comes with the greatest of ease, with most control being delegated to simply holding and releasing the R2 button. Momentum can quickly be built up and retained by attaching and flinging from light posts or rooftops, making the view of Manhattan just soar by in mere moments as the speed gets going.

Insomniac are absolute graphical wizards to make Marvel’s Spider-Man look as good as it does on the PlayStation 4 Pro. This PlayStation exclusive features some of the best facial tech I’ve seen this year, beating out Yakuza and tied with Kratos in 2018’s God of War. While Peter’s face is the one thing that I would change, the other citizens of Manhattan, from Mayor Osborn to Miles Morales, each look absolutely gorgeous and detailed down to the individual wrinkles that come with age. The city is quite a looker too, with dynamic times of day as you free roam throughout the city and puddles scattered throughout the busy streets that easily make up for the one certain players were so fixated on prior to launch.

Marvel’s Spider-Man features three difficulty modes available from the start, but most gamers won’t recognize much of a difference between the easiest and the hardest. The main factor between them all is simply in terms of damage taken and dealt; however, with how aggressive enemies can be, even the easiest of difficulties (Friendly Spider-Man), Peter’s foe of choice can gang up on him and take him down with a few ill-timed strikes if the player isn’t careful.

To give your friendly neighborhood Spider-Man a fighting chance, his arsenal of gadgets and fighting modes have all been detailed to work together with one another for stylish combos to bring down more than one enemy at once. Laying down webbed trip mines before the start of an encounter, flinging yourself high into the air before starting the encounter with a damaging ground pound, then entering the skirmish with both fists and shots of web fluid give this incarnation of Spider-Man a toolset that haven’t been seen in any other game that features the freeform fighting that Gotham’s Batman devised so many years ago. Eight different web gadgets each have their own benefits to combat and an upgradable skill tree expands Peter’s abilities with level ups throughout the story.

Where Marvel’s Spider-Man truly shines in the combat department is when Peter is faced with encounters that greatly outnumber this lone superhero. His quick attacks and innate Spider Sense both empower him to foresee an oncoming attack and counter with the greatest of ease. Using Peter’s web abilities and gadgets is the most important part to the freeflow combat, as webbed enemies are much more susceptible to being thrown around as an improvised weapon or quickly incapacitated for the remainder of the fight if stuck to a wall. Each new suit for Spider-Man also gives a unique suit power that can be freely mixed and matched between the more than two dozen skin-tight costumes for the masked vigilante.

Marvel’s Spider-Man handles everything that’s done in excess extremely well: swinging through the city at breakneck speeds or ten-to-one street fights. Where it falls behind is when things get toned down and Peter Parker needs to take a more careful approach. Trying to climb around and evade being spotted in stealth missions or quietly sneak across a wall both can be tortuous in terms of control. I would often get stuck on spots that wouldn’t look like an obstacle or have issue landing on the side of a building and transition from crawling into running (jumping off and shooting web to reattach to the building was often my quickest fix).

The same can be said for combat. Many of the villain fights in Marvel’s Spider-Man are exercises in environmental puzzles that usually fall into the category of ‘don’t get hit by this big attack’ or ‘web throw any objects you can to stun the enemy’. I would’ve liked to see more variety in the fights and have more grounded fights over these Spectacular displays. There is one secret villain in particular that fits this bill perfectly, and while they aren’t one of the Sinister Six, a set of optional collectibles is tied into this villain that gives Peter the most challenging fight in all of this adventure. That is, of course, unless you dress up as The Last Stand Spider-Man and use its game-breaking suit power to win with ease.

I get that Insomniac tried to put in as much content for everyone from the casual audience to the superfans for Marvel’s Spider-Man. However, I feel like the second half of Peter’s adventure suffer for simply an excess of too much going on. Half of the villains that Spider-Man encounters feel underdeveloped, especially compared to the huge focus on Kingpin and Mr. Negative for the first half of the story. If the other villains could have been given the same focus, I would think the story would be a greater adventure to play through, rather than what feels like a boss rush scattered around the open city. In true MCU fashion, the story ends with teases for what’s to come, so I do hope that Insomniac can return again with another web-slinging adventure with the same attention to detail for its chosen cast of supervillains. 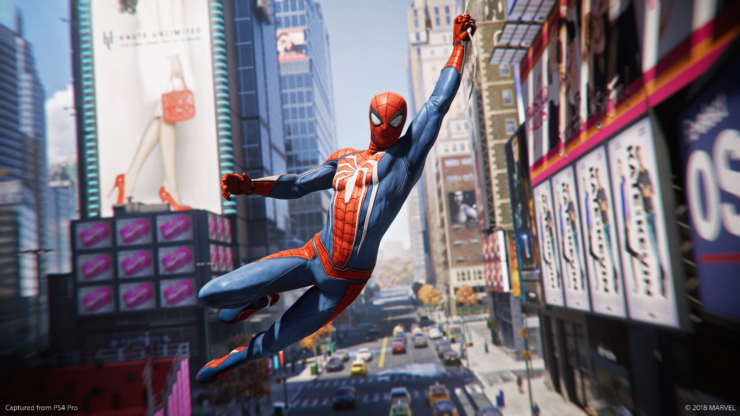