Instantly recognizable as the 90’s anime that sucked all of the testosterone out of Japan’s animation scene for nearly a decade, Fist of the North Star is an anime that’s withstood the test of time as one of Japan’s most influential works. Kenshiro, the master of the Hokuto Shinken arts, wields hands that can both protect a life and end it just the same, just by striking a few vital pressure points. His cries of ‘ATATATATATATA’ have been mimicked in popular culture for years and gamers were left wondering if they would ever see another adventure as the wasteland wanderer that wasn’t a fighting game or musou grand battle. SEGA’s RPG division surprised everyone with an announcement of a new game that dropped the series’ voice actor for Takaya Kuroda, whom some may know as the charismatic Kazuma Kiryu himself, into a new action RPG that’s neatly molded into that framework that Yakuza has become famous for.

Fist of the North Star: Lost Paradise is a game that needs little introduction. Knowing the lore and some of the characters may help, but the game starts players off with cutscenes that prime them on Kenshiro’s motivation for searching for his lost love Yulia and why he came to the lost paradise city of Eden in the first place. Each new chapter feels like its own short story arc, introducing a new villain or person from Kenshiro’s past, all the while being connected together with the desire to reconnect with Yulia once more. For much of Kenshiro’s adventure, you’re limited to only a few regions surrounding Eden, including the prison of Cassandra, until you unlock new upgrades for your buggy. Once you get new tires or a stronger engine, more of the map opens up with new crafting materials and goods to sell for the Merchant Ken minigame.

If Kiryu Kazuma fell into the Lawful Good alignment, then surely Kenshiro would be more of the Lawful Neutral archetype. Both men are no strangers to helping the common man, the downtrodden or the beaten. However, their methods of doing so differ greatly. For Kiryu, his fists often led the way towards reformation and recovery if the ne’er-do-well felt any shroud of remorse for their actions. In the brutal wasteland, such niceties can’t be spared to the gangs and thugs that would sooner kill a man than steal his wallet. To answer for these crimes, Kenshiro’s stance is often to prevent the thug from getting a second chance by way of Hokuto Shinken and beating the assailant to death. This dichotomy of good versus evil is what sets Eden so far apart from Kamurocho and gives Kenshiro a vicious sense of justice, even if his fists wind up being judge, jury, and executioner all the same. If you were worried about the gratuitous violence being toned down for this JRPG masterpiece, there's nothing to fear. Kenshiro's delicate touch can easily pop thugs' heads open like overripe watermelons, showering the sands in a sea of crimson (there is a Mild option for the bloodletting if the gallons of red stuff becomes too much to bear.)

Even with the neon plumes and well-traveled streets, the town of Eden simply can’t match the glitz and glamour that is Kamurocho. After all, players have had over a half-dozen adventures strolling along Tenkaichi Street to have it memorized by now. By contrast, Eden is a town that’s been left to rebuilt after the nukes fell and much of the city is restored from old scrap and debris. Despite all of this, the town of Eden does offer some of the same amenities that players can invest in and spend some time away from the thug-beating life to get some R&R one of the local restaurants, or put your skills to use manning a medical clinic and treating those in need with some Hokuto Shinken acupressure to the tune of remixed classical tunes (Lost Paradise’s take on the karaoke modes of previous Yakuza games)

Kenshiro is a man of many suits in Fist of the North Star: Lost Paradise. Sure, you’ve got the daddy leather suit that he’s known for, but sometimes you want to take a breather from beating ass and enjoy the wasteland life. Among the other numerous side diversions available to the player are the Doctor mentioned above, bartender, merchant, and the return of running a cabaret club to pay off a million IDL debt. The last one is especially amusing, as Kenshiro operates as both manager and bouncer and isn’t afraid to bust a few heads to keep his cabaret girls safe from those that get a little too grabby.

As the chiseled Adonis that wields not one but two fists (of the North Star), Kenshiro is a supreme powerhouse, but he isn’t always that way in Lost Paradise. Despite having arms as thick as tree trunks when he first makes his way to Eden, he doesn’t quite have the mastery over the Hokuto Shinken that he’s known for. In true Yakuza/RPG fashion, players will have to level Kenshiro up and invest destiny orbs, granted with each level up and from the occasional rare item, into both statistical increases and new abilities. It’s a simple compromise from previous Yakuza titles and orbs of various colors will be necessary to unlock Kenshiro’s true potential, with a number of upgrades locked away behind story progression. Progress deep enough into Kenshiro’s upgrades and you’ll reach a familiar limit break, giving Kenshiro far greater potential with the right investment. Even the early chapters of Lost Paradise will see Kenshiro gain huge increases in power; one such upgrade can give Kenshiro a flat 90% increase to damage.

The Heat Actions from Kiryu’s skillset are gone, replaced by reactions to placing an opponent into a state known as ‘Meridian Shock’. This temporary daze is brought about by beating up on the opponent, or if in close proximity to other enemies, seeing a fellow thug getting the living daylights smacked out of them. Depending on how Kenshiro approaches the enemy (depending on the enemy type, whether they’re juggled in the air, standing beside another enemy, et cetera), he can unleash his deadly acupuncture arts with great ease. These abilities can get quite repetitive if used in rapid successions as the actions can’t be skipped, but often times, fights can be finished just as quickly with relying on Kenshiro’s normal attacks.

If you’re looking for a serious drama about testosterone-fueled bodybuilders just trying to survive in the post-apocalyptic wasteland, you’ll get that with the main story of Fist of the North Star, but there’s so much more packed along with it. Lost Paradise fits in the same mold as that of the Yakuza series: an aloof tough guy that finds himself into strange situations and helps out the common man with everything from taking out the trash (metaphorically as well as literally) to playing hide-and-seek from orphans in many of the substories.  If facing off against armies of raiders and punks have worn you out, going for a nice Sunday drive in the wasteland or following a treasure map to find a long lost (and still working) arcade machine of Out Run can be a nice diversion. The Japanese voice actor for Kenshiro is the same as that of Kiryu, so it’s easy to make the connections between both men and their reluctant nature to help those in need.

Fist of the North Star: Lost Paradise is a pleasant surprise to come from the Yakuza team as their first attempt to make something based off a different IP. There’s enough meat to satisfy players that are already craving the next great Yakuza game while having just enough new content like the open-world buggy driving and power scale that gives Kenshiro’s adventure a distinct enough feel from yet another return trip to Kamurocho. 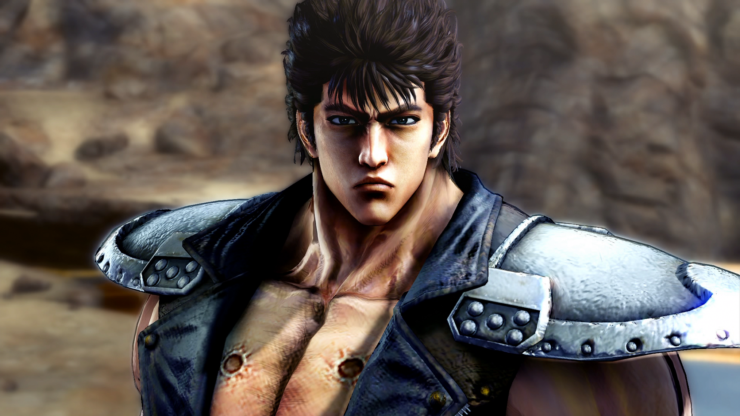