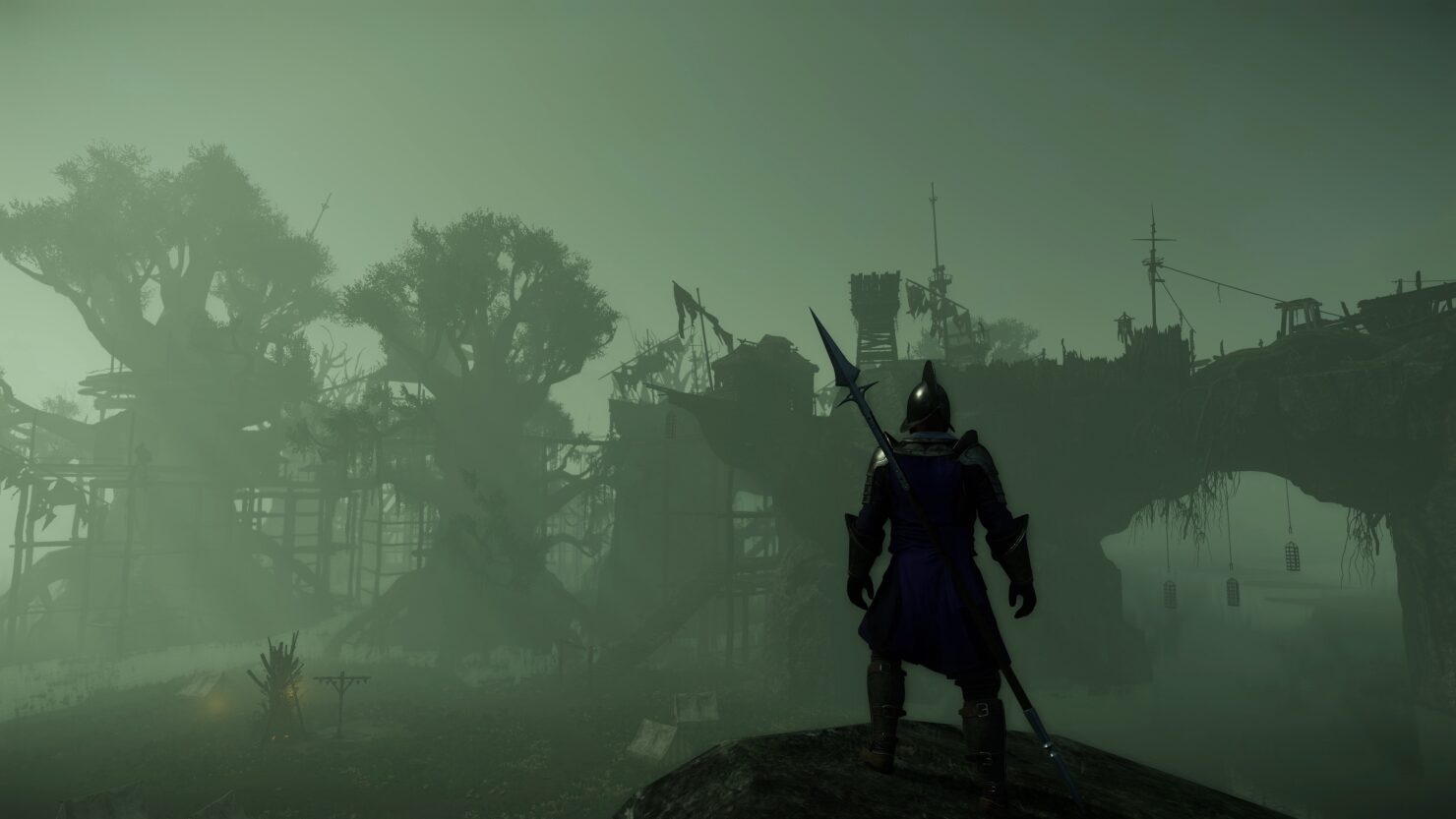 Amazon's New World MMO has a lot to prove. First and foremost, it needs to demonstrate that the gaming division of the massive multinational tech company can be successful at all. Indeed, New World is the last of the original three games announced when Amazon Game Studios was revealed to the world a few years ago, and the other two titles (Breakaway and Crucible) have already been shut down after failing to captivate an audience.

It is not just a matter of Amazon Game Studios getting a win for itself, either. The gaming division is obviously meant to be an asset even for the Amazon Luna game streaming service that's slowly starting to roll out in the United States. After all, Prime Video's original shows are the main reason anyone subscribes to that streaming service (and Prime as a whole, arguably).

Last but not least, succeeding with New World would give some confidence that Amazon can also deliver with the hugely anticipated Lord of the Rings MMO (currently targeting a Closed Beta in the latter part of 2022, according to recently unearthed documents), which in Amazon's plans is meant to rock the MMO gaming world while their new Lord of the Rings TV series (for whose rights they have spent $250 million to beat Netflix in the bidding war) does the same on Prime Video.

We recently got to play about two hours of the latest New World build in a brand new game zone called Reekwater. This is supposed to be a high-level area and indeed, we were provided with high-level characters to play with. Reekwater is essentially a cursed swampland where the local Dryads have been corrupted by Azoth, a highly sought-after mineral with magical properties that has the power to change the environment (and to increase the number and level of perks you can apply to an item you're about to craft, too).

Reekwater is also the best place on Aeternum to fish, apparently, which made it ideal for the developers' unveiling of the latest addition to New World's gathering skills: fishing. We didn't try it ourselves during the session, but it does sound like those who enjoy fishing in games will have plenty to do with five tiers of quality and eleven unique perk types to choose from before crafting a fishing rod.

How does New World play now, though? Well, the moment-to-moment combat can be rather fun, if a bit clunky due to animations being locked (you can't engage another skill before the previous animation has finished, unlike most MMORPGs). Most of the animations are pretty cool, however, and do very well in conveying the sense of the ability you've just activated, such as the Shockwave skill available when equipping two-handed hammers. This new build added a new weapon type, spears, which provide a combination of melee and ranged capabilities through their dedicated skill tree. Additionally, whereas in previous builds skill cooldowns were all linked together between the various weapons, those have been now made independent. That means you can potentially use all three skills on a spear, then switch to a life staff and use those three as well, and ultimately grab a sword to finish off your enemies, as you've got three weapons equipped on your character during combat. 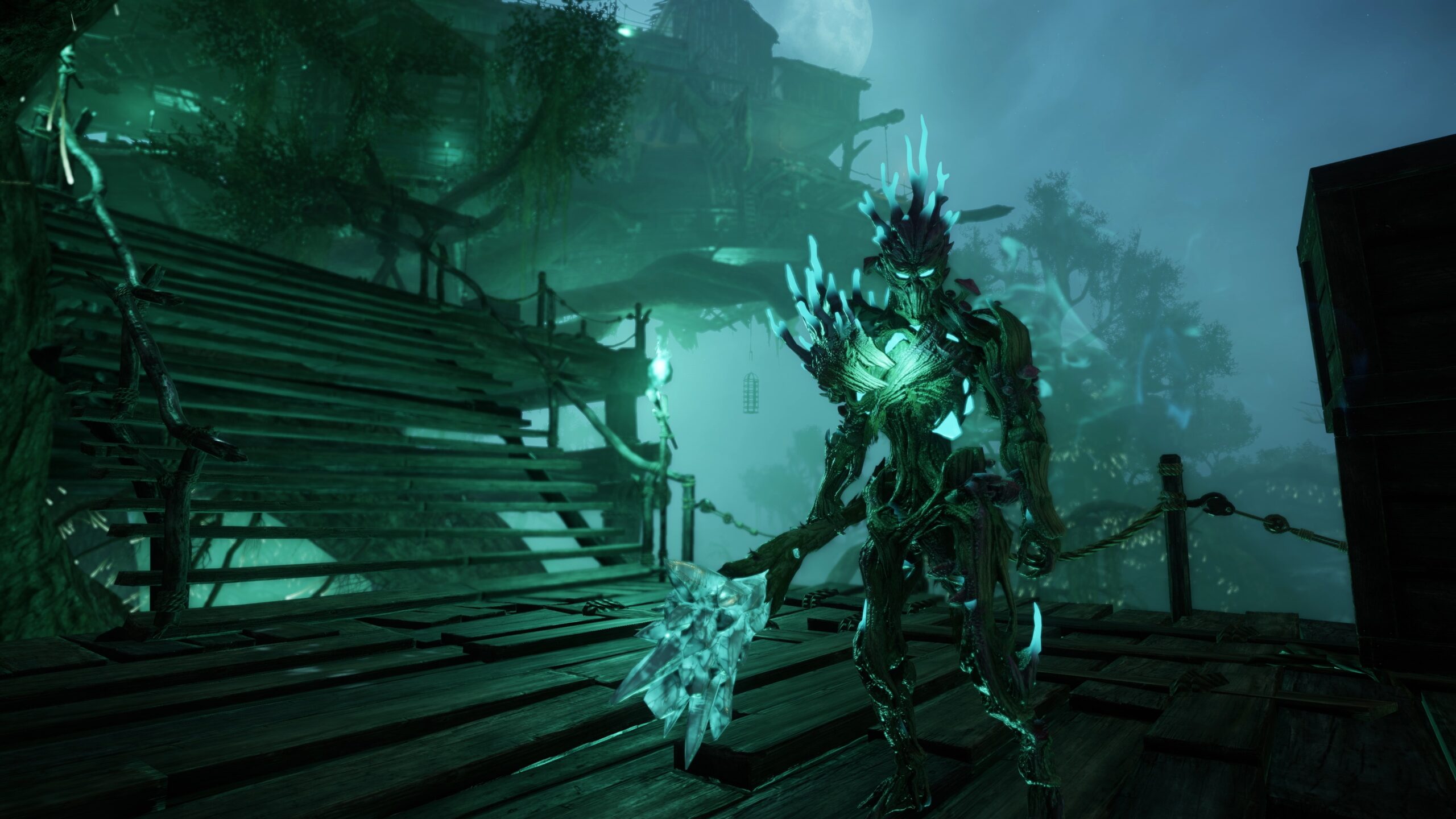 The thing is, right now the quests that we've encountered were all far from exciting. This isn't a surprise as the original design of New World was that of a sandbox MMO where the players would essentially make up most of the content by interacting with each other.

That plan went out of the window during Alpha testing and now the game is steering more towards a 'theme park' style MMO, with the developers trying to add more quests variety throughout the world. This isn't easily done with launch looming over the horizon (the current target is Spring 2021, following a couple of delays), and even the PvE threat system that determines which player should be attacked first by the AI is just being implemented.

As such, it is likely that much of the fortunes of New World will depend on its PvP mode, even though wars between players have been now limited to prearranged 50-versus-50 affairs between guilds (named Companies here), while PvP is otherwise consensual since characters have to flag themselves to be willing to participate in open world PvP before leaving a settlement.

From a technical standpoint, the game is certainly one of the prettiest and most detailed MMORPGs to date, owing to the CRYENGINE-derived Amazon Lumberyard. However, as you can see in the captured gameplay footage, the current build of New World featured plenty of stuttering as new areas were loaded, even on a powerful configuration (i9 9900K, RTX 3090). Hopefully, it will play much smoother in a few months from now.

Once our test was over, we participated in a brief roundtable Q&A with World Experience Lead/Product Owner/ Game Design Manager Michael Willette and Game Director Scot Lane. 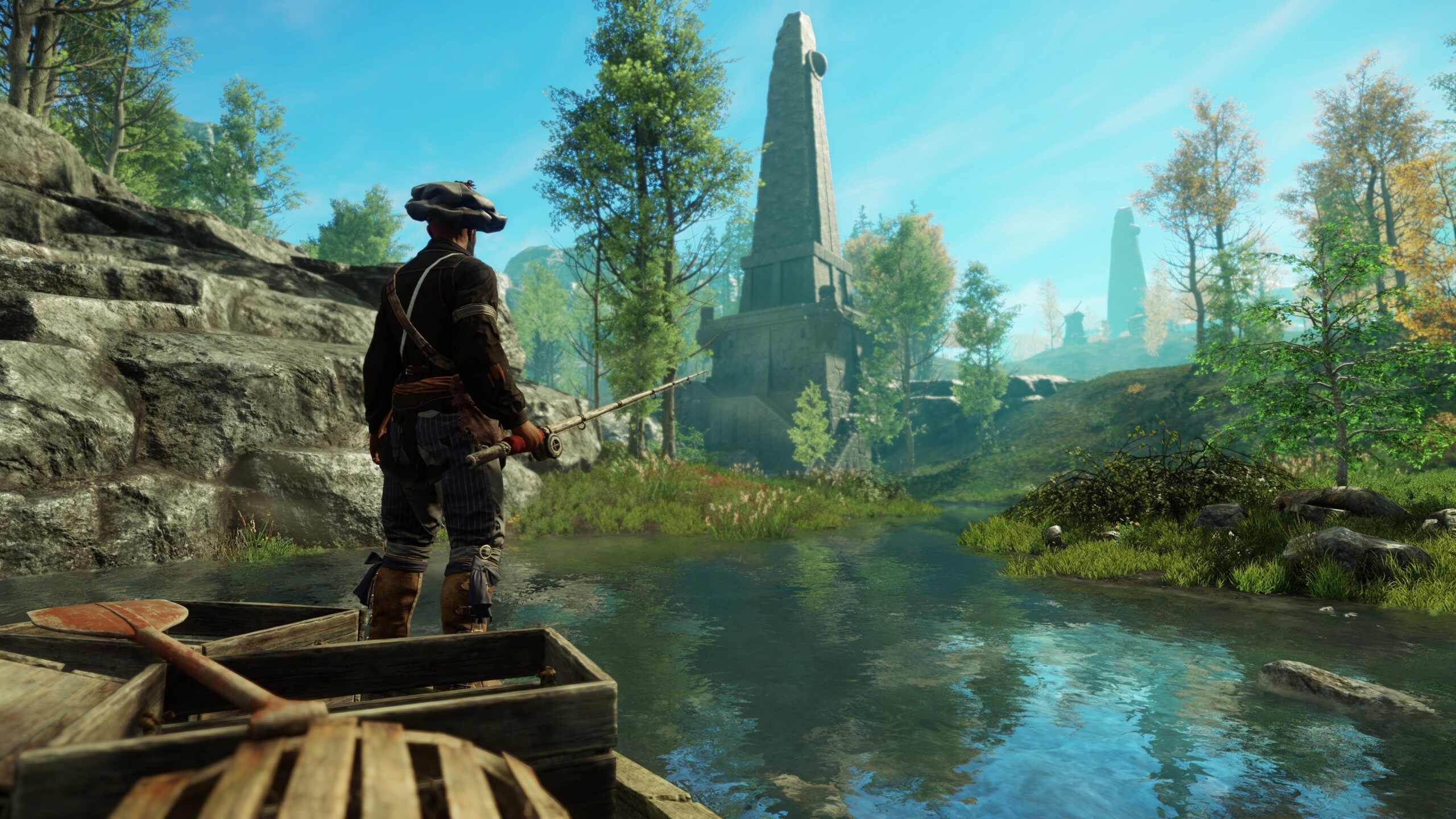 [Alessio Palumbo from Wccftech] Do you have any plans to add gamepad support to the game?

Scot Lane: I wouldn't say plan. We talked about it, but nothing that we're committing to as a plan.

[Matthias Brückle from Buffed] Are mounts on the table for the future or are you strongly against that?

Scot Lane: I think right now our world isn't of the size that warrants mounts. When we do get there with the live game, that's gonna happen at some point, we'll add mounts when we feel players will benefit from them and we can do them in a really cool way that works for us.

[Leya Jankowski from MeinMMO] What about adding donkeys that carry your stuff to the settlements instead of mounts?

Scot Lane: We've kicked around the idea of donkeys or wagons or wheelbarrows, but it's not in the immediate plans. There's a lot of fast travel in the game, you can set a recall point to a settlement, and once you visit a settlement you can fast travel to it from other settlements. We're already helping players get around the map pretty quickly, but we're always exploring ways to do better at that.

[Leya Jankowski from MeinMMO] Are you adding more details in regards to environmental storytelling (not just with journal entries)?

Michael Willette: Right now we're going through it and adding a lot more quest types, quest varieties, and we'll also explore visual storytelling as well. Our big focus is listening to player feedback and adding more on top of the things that players already love, so we're doubling down on that type of content.

Scot Lane: The art team is as excited as you are about visual storytelling, I'll tell you that.

[Alessio Palumbo from Wccftech] Are you going to add some voiceover to quests?

[Alessio Palumbo from Wccftech] On the PvE side, is there going to be any dungeon-like activity for a fixed group of players in New World?

Scot Lane: Stuff like that, we'll be ready to talk about in the future. I will say right now, a lot of our elite encounter areas feel very much like dungeons in other games, although they aren't for fixed groups.

[Unidentified press colleague] I love exploring in games, do you plan to add achievements or rewards for exploring?

Scot Lane: We're definitely considering it. We're not ready to talk about it yet, but I think it'd be really cool. I like the idea a lot.