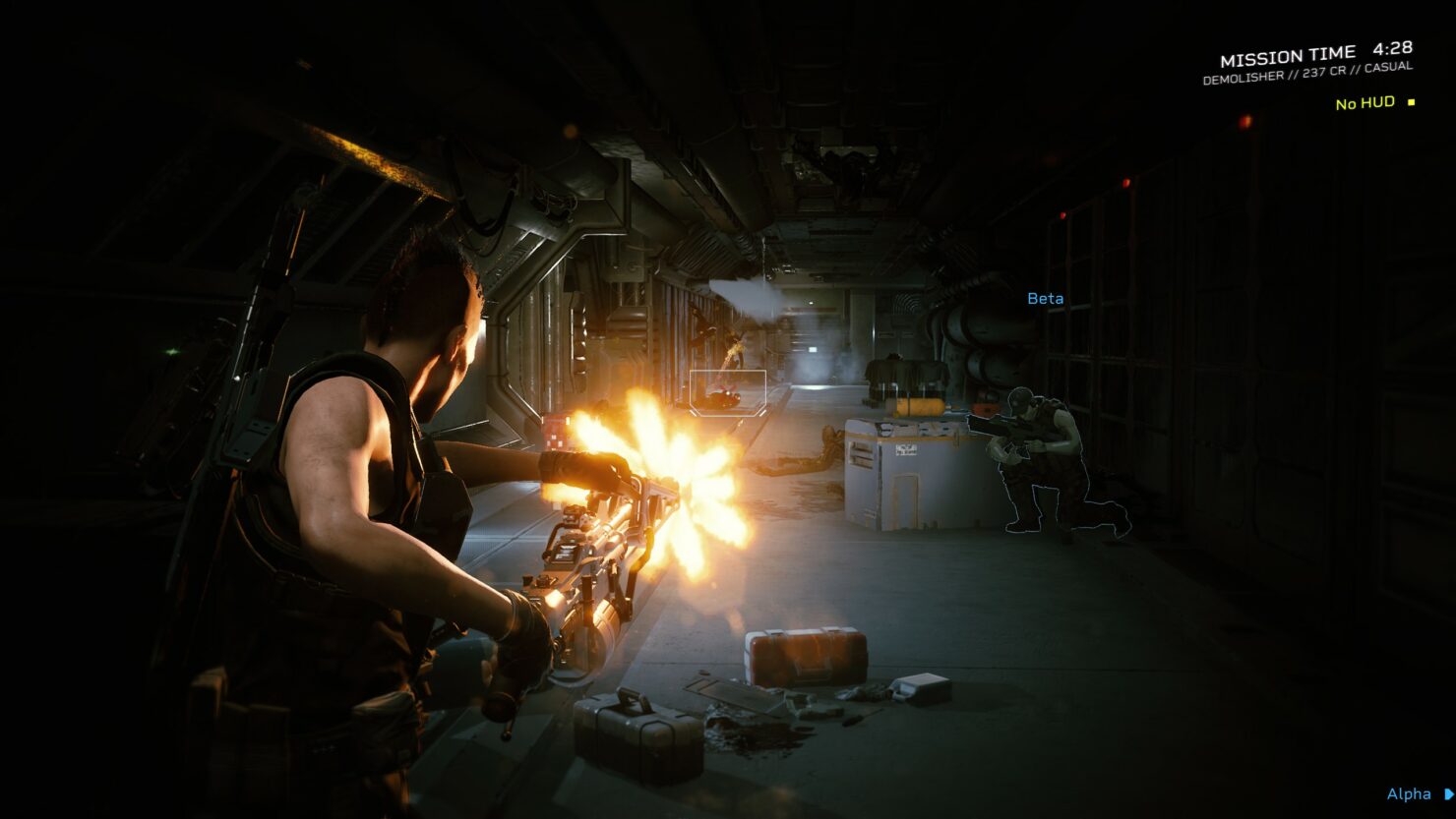 A new Aliens: Fireteam Elite mod that has been released online introduces new graphics settings that are not available in the vanilla game.

SSS: Why this was disabled is a mystery, as even on consoles it's pretty much free.
ACES Tonemapping: One has to guess they simply wanted a more "classic game" look with the supplied tonework and color space. With blasting reds and Brown and Gray everywhere. No thank you. Also if you need to fix AA, why are you running AA at all.
True Volumetric Fog 2D is now 2.5D; yes it's more atmospheric, and yes it will hella block your vision if you're at the right angle.
Screen Space Color Matched Shading: Goes with the ACES for neato shading on all those slat covered light walls. Spoooky.
HBAO:The fanciest of AOs. No more weird gray halos.
Whole Screen Shadows: Pretty self explanatory

Aliens: Fireteam Elite is now available on PC and consoles worldwide. Learn more about the game by reading Kai's review.

The Colonial Marines and military types of the Aliens universe would normally be a perfect fit for the style of co-op shooter that Cold Iron Studios was aiming for but unfortunately Aliens: Fireteam Elite misses the mark by a wide margin. Instead of celebrating the sheer power of the Colonial Marines, these three-man fireteams are simply trying to survive being mobbed down by waves of mindless, fast-moving zombies with the added ability of being able to crawl on walls. The potential of building up a badass Doc was quickly ruined with the realization that there just isn't much incentive to keep grinding away for minimal returns. I've played through the Aliens: Fireteam Elite campaign once and a bit more for this reviewer in particular, it's game over, man.