Earlier today we reported that the Dutch Gaming Authority will be checking whether publishers have made adjustments to its lootboxes in several games, on penalty of huge fines. The publishers were given the opportunity to make adjustments until today.

In response, Valve has now disabled trading and marketplace transfers  for items that have been obtained through lootboxes for Dutch players. Upon starting Steam, Dutch players are greeted by a message that informs them on the actions taken by Valve. 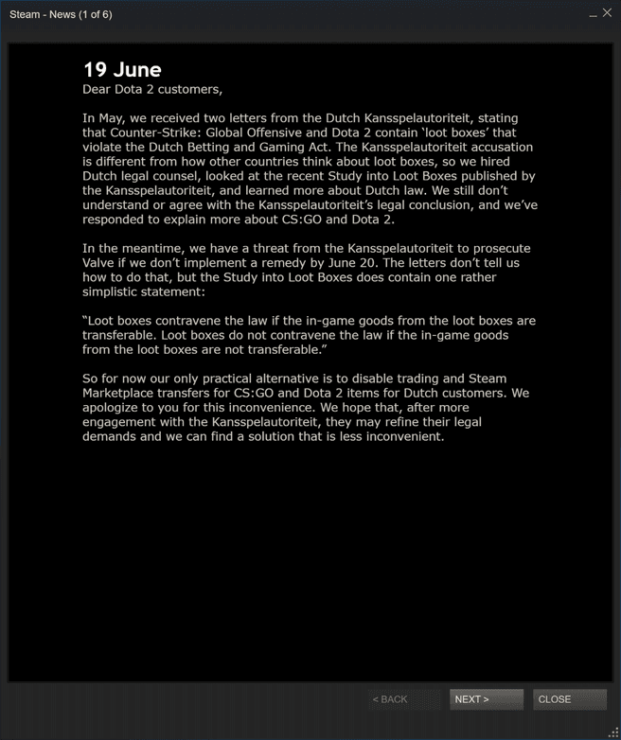 By disabling trading and marketplace transfers, the game’s loot boxes no longer contravene the Dutch law, but Valve has said that these measures are only temporary until another solution has been found.