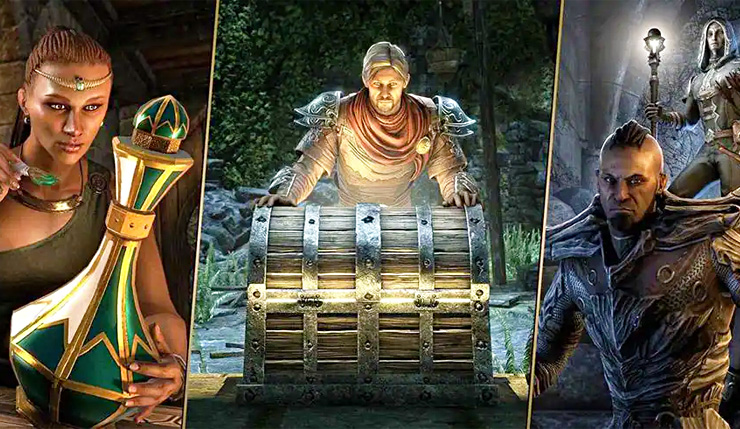 A lot of developers and publishers have become a bit more enlightened when it comes to loot boxes in recent years, removing them from games altogether or tweaking them to be more fair. Meanwhile, the makers of The Elder Scrolls Online have stuck to their guns, only allowing randomized Crown Crates to be purchased with real money. Sure, ESO does hand out some free Crown Crates here and there, but if you want one right now, you’ve got to cough up.

Well, Bethesda has announced they’re finally making changes that will allow players to earn Crown Crates strictly through gameplay. A future Elder Scrolls Online update will introduce “Endeavors,” a new series of updated challenges that will reward players with gold, XP, and a new currency called Seals of Endeavor, which can be used to buy any Crown Crates currently available. Here are some of things you might be asked to do as part of the Endeavor system…

So, why has Bethesda changed tactics after all this time? Well, many think it hinges on Microsoft’s recent purchase of Bethesda and the former's loot box policy that says all randomized items have to be earnable in-game somehow…

Neither Microsoft or Bethesda have confirmed this rule is at the root of the ESO changes, but it seems pretty likely. If so, it seems the merger is already bearing some positive fruit.

The Elder Scrolls Online is available now on PC, Xbox One, and PS4, and playable via backward compatibility on Xbox Series X/S and PS5. The game’s Blackwood expansion and official next-gen console upgrades arrive on June 8. Endeavors will be added in an update arriving in “mid-June.”