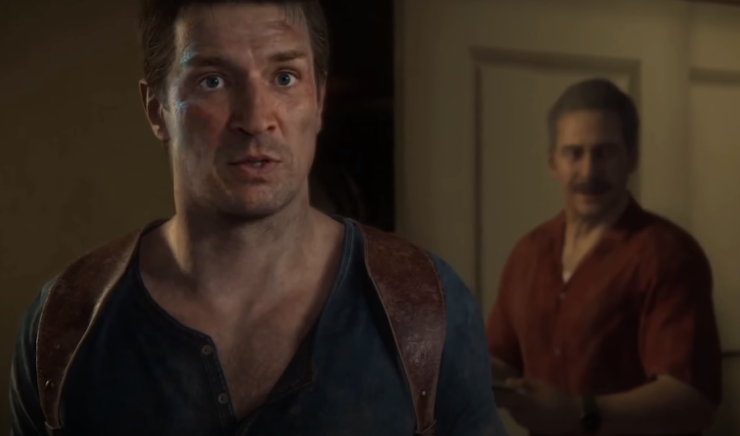 Courtesy of Youtuber Jarkan, the deepfake is inspired by the 2018 fan film, and shows off one the cutscenes in Uncharted 4: A Thief’s End featuring Fillion as Nathan Drake, his brother Sam Drake, Victor "Sully" Sullivan, as Elena discovers that her beloved husband has gone treasure hunting once again.

Check out this great cutscene down below:

Meanwhile, Sony recently hired Venom's Reuben Fletcher to direct its Uncharted movie adaption starring Tom ‘Spiderman’ Holland and Mark Wahlberg. The movie was first slated to debut this December, but Sony recently delated it March 5th, 2021. Back in February of this year, Tom Holland, who will be portraying a young Nathan Drake, said that the upcoming movie has one of the best scripts he has ever seen.

“I think what Uncharted offers that most video games films don't is that it's an origin story to the games”, the popular Spiderman told IGN. “So if you played the games, you haven't seen what's going to happen in the film. And if you haven't played the games, you're going to enjoy the film because it's information that everyone else is getting at the same time. But I'm super excited to make that movie and it's been a long time coming.”

“I read the newest draft of the script on the way over here and it's one of the best scripts I've ever read. It really, really jumps off the page.”

Drake's final adventure, Uncharted 4: A Thief’s End, is available globally now for PlayStation 4. As a matter of fact – the title is still available for free for PlayStation Plus members as part of this month’s PS Plus lineup. The new lineup of PS Plus titles will be available starting May 5th.

Uncharted Movie Loses Yet Another Director; Release Date Pushed Back