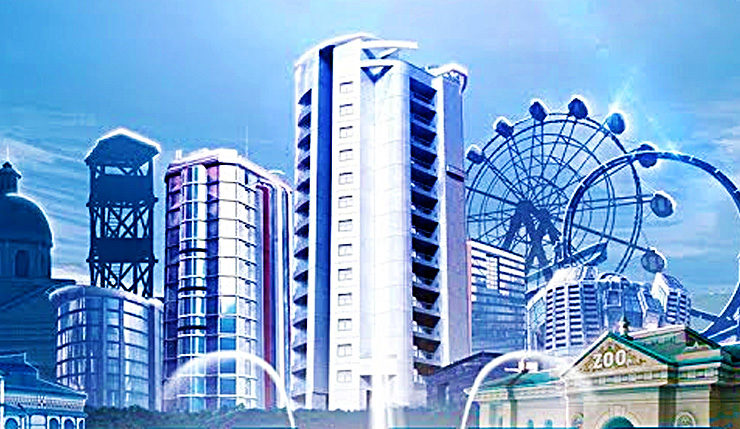 Sony has revealed the free PS Plus games subscribers will have a chance to tackle in May, and, unfortunately it isn’t quite the blockbuster month some were expecting. According to an alleged leaked ad, we were getting Dying Light and Dark Souls Remastered in May, but it turns out that’s not the case. Instead, subscribers will be getting a pair of sim games – Cities: Skylines and Farming Simulator 19. You can check out a brief trailer for the new additions, below.

Do you have what it takes to develop a small, bustling community into a sprawling megacity? In Cities: Skylines, the acclaimed city builder sim by Paradox Interactive, you make the decisions that will see your city flourish or fail. You’ll need strategic smarts to keep your burgeoning ecosystem from collapse, ensuring your ever-growing populace stay happy and the industries that are the lifeblood of your expanding metropolis continue to thrive.

Stressed by the bustling city life and eager to tackle a more sedate livelihood? Rural escapism awaits with Farming Simulator 19! Developer GIANTS Software has packed in a wealth of agricultural pastimes to lose yourself in as you set out to maintain a homestead. Harvest crops, raise livestock, tackle forest, ride your own horses…or just jump behind the wheel of your John Deere tractor or one of over 300 authentic farming vehicles and go for a drive.

I’m sure there’s going to be a lot of complaining given the titles that were originally rumored, but Cities: Skylines and Farming Simulator are both good games. Actually, they’re kind of perfect games for playing when you’re cooped up inside due a pandemic. What are your thoughts on May’s lineup of free games? Which do you plan to tackle first?