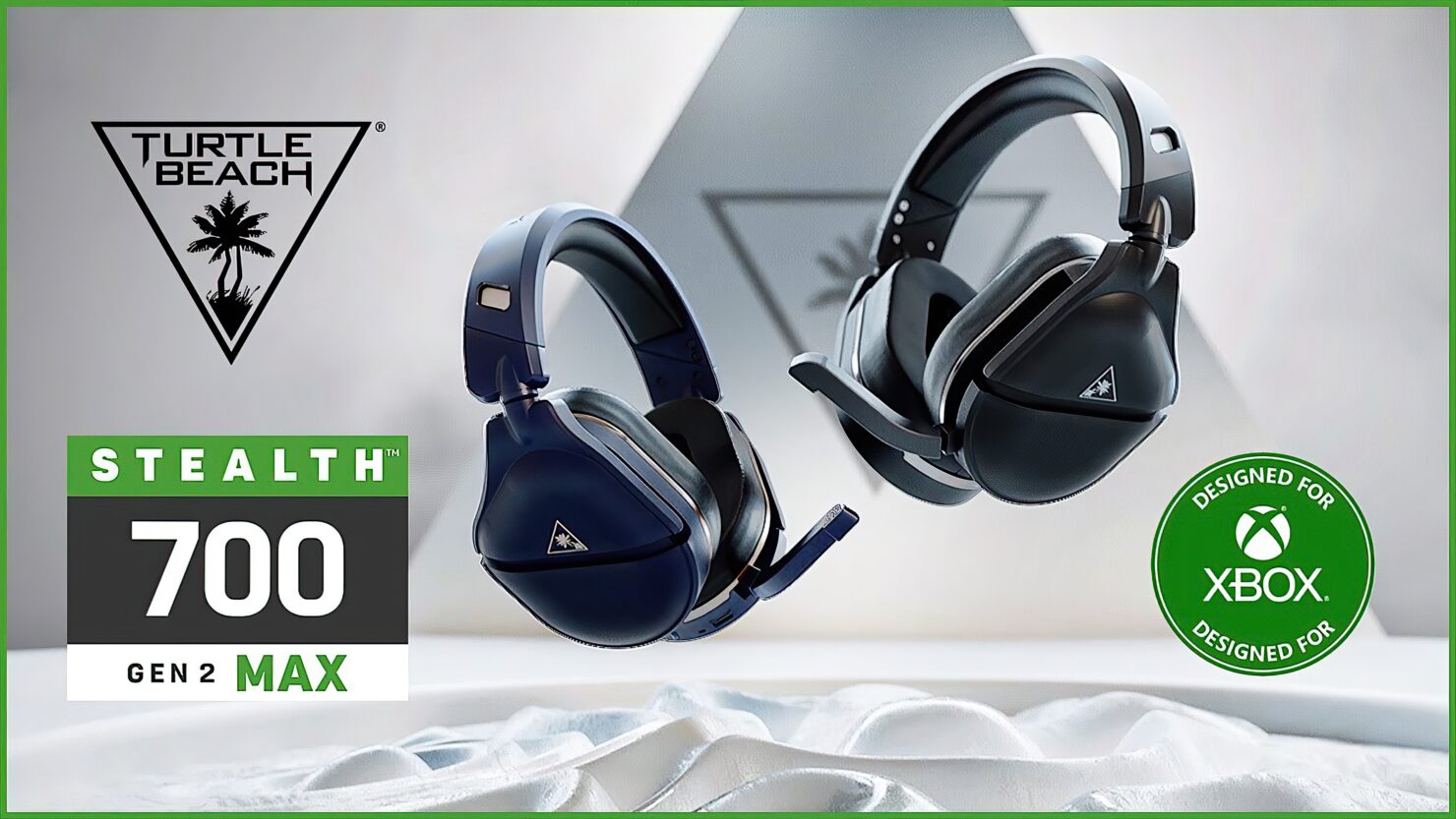 Turtle Beach has given its Stealth 700 Gen 2 model the same treatment as the recently-released Stealth 600 Gen 2 MAX headset – the upgraded Stealth 700 Gen 2 MAX now offers multiplatform compatibility and 48+ hour battery life. Is the redesigned model worth the upgrade, and how does it fare against its little brother (or sister) - the Stealth 600 Gen 2 MAX? You'll find out in this hands-on article.

First things first - the new MAX model sells for $199.99, which is considerably more than the $149.99 2020 model. This new 'upgraded' price puts the redesigned Stealth 700 Gen 2 MAX at the same price level as the SteelSeries Arctis 7 wireless models, Razer Kaira Pro (for PlayStation), the new Razer Kraken V3 Pro, and the Corsair Virtuoso RGB Wireless. Quite the competition, even more so considering that some of these are among the most versatile and comfortable offerings in this price range.

Compared to the redesigned Stealth 600 Gen 2 MAX model, the new 700 Gen 2 MAX model is quite an upgrade - the build quality of the 700 Gen 2 model is considerably higher, packs more features, and overall, it feels like a more premium headpiece. Despite being a more premium product, the Stealth 700 lacks a particular feature that its cheaper sibling offers - a dedicated button to switch through the different EQ presets. On consoles, selecting a different EQ preset is done through the Turtle Beach' Audio Hub' app, whereas on the Stealth 600, you can just press a button on the left earcup to cycle through the different presets. Although minor, a missed opportunity if you ask me.

As with the 600 Gen 2 MAX model, Turtle Beach's redesigned outing is now compatible with more platforms, including Xbox, PlayStation 4 & 5, PC, and Nintendo Switch. A nice addition for those owning multiple platforms, but I can't help but wonder why the engineers didn't opt for a wireless USB-C transmitter instead of a traditional USB dongle. While the headset does come with Bluetooth connectivity to connect wirelessly to a Nintendo Switch in handheld mode or to a smart device, I still would have preferred using wireless audio via the USB-C ports.

When it comes to battery life, the Stealth 700 Gen 2 MAX reigns supreme in this segment and is likely only bested by HyperX's new Cloud Alpha Wireless with a promise of over 300 hours of juice on a single charge. Just like the new Stealth 600 Gen 2 MAX, the new Stealth 700 sports over 48 hours of battery life on a single charge, and I can confirm that the juice in this headpiece is superb. After roughly a week of testing Turtle Beach's new outing for roughly 4-5 hours a day on normal volume levels, the headset still had 50% battery life. It took me around ten working days to drain this headset - quite satisfactory if you ask me. Charging the headset is quick through USB-C and puts you back in the game for roughly 8 hours in only 15 minutes.

With the above in mind, should you consider Turtle Beach's latest offering? Without a doubt, the redesigned Stealth 700 is a solid pick that offers great build quality, good sound and mic performance, splendid battery life, and plenty of connectivity options. Still, it doesn't come cheap, and some alternatives (such as the SteelSeries Arctis line) are more comfortable and support more platforms at a lower price. However, if you favor battery life over comfort and don't mind the lack of USB-C connectivity, I can highly recommend Turtle Beach's enhanced Stealth 700 model.

*Test sample provided by the manufacturer