The Corsair Virtuoso RGB wireless headset is among the most visually appealing gaming headsets currently on the market. I reviewed the non-SE model last year and was greatly impressed with its aesthetics, build quality, and microphone. Corsair’s outing, however, didn’t check all the right boxes and comfort left to be desired.

The peripheral and component manufacturer has now released a new model in the Virtuoso line, the Virtuoso RGB Wireless XT, and I’ve got plenty of hands-on time with it. What does the new model bring and has comfort been improved? As I already reviewed the original model a year ago, I won't be doing a full review, but let’s find out if this new model packs improvements.

Being an upgraded version of the original Virtuoso RGB (and Virtuoso RGB SE) model, Corsair's topline wireless headset builds upon the original model and packs additional features, including Bluetooth for simultaneous dual-wireless connections, Dolby Atmos support (on PC), and extra padding on the headband for more comfort.

As for the design of the XT - it shares its design with the original model but comes in a more modest black color. Like the SE model, the new XT comes with its own storage pouch for safekeeping, and Micro-perforated RGB LEDs on the left and right earcups.

Selling for $269.99 in the US, Corsair's latest outing is considerably more expensive than the original Virtuoso RGB (which sells for $179.99) and USD 60 more expensive than the SE model. Do the new features warrant this rather steep price, and perhaps more importantly, has Corsair improved the model's comfort? Well, it's kind of a mixed bag. 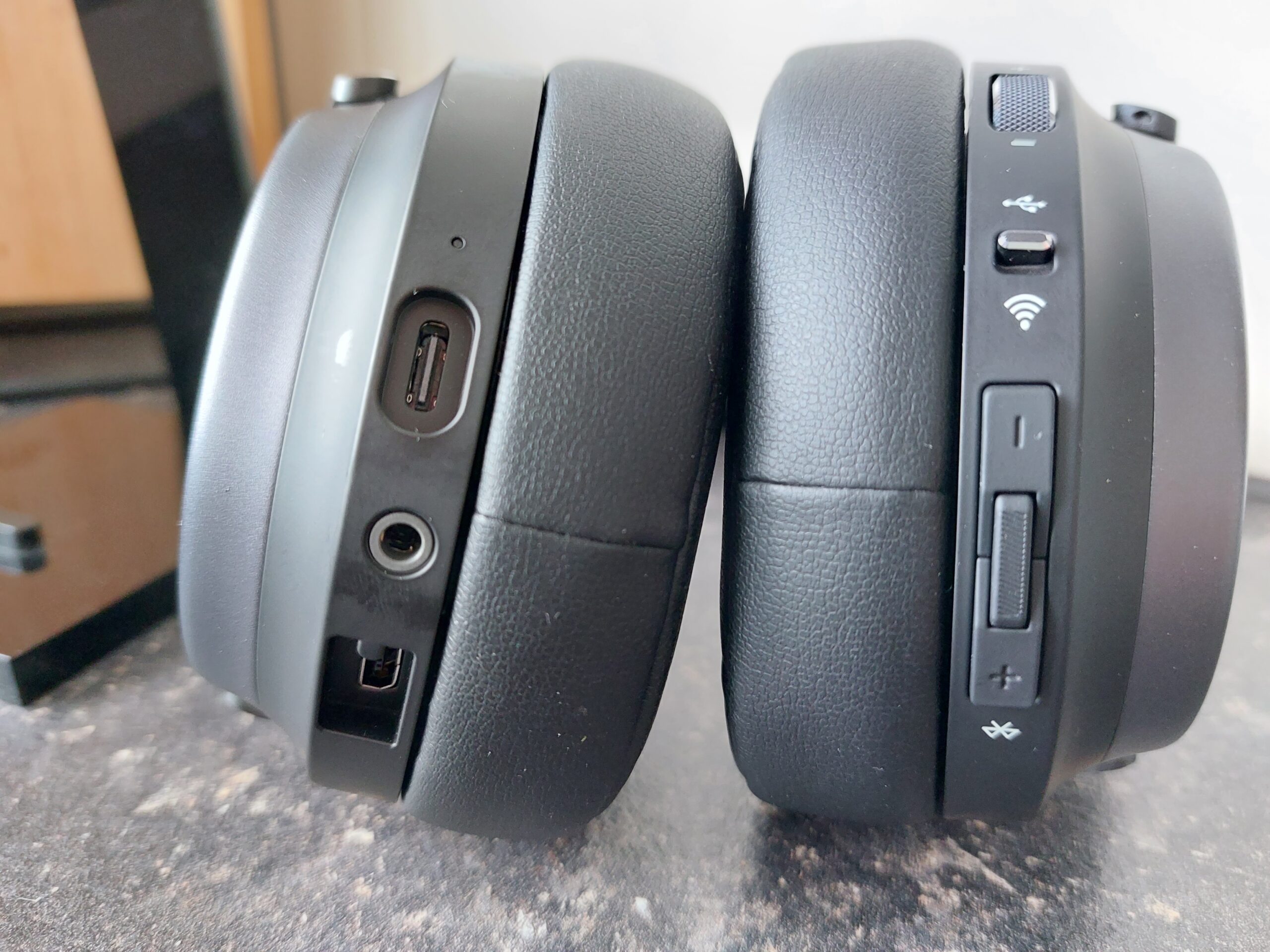 The addition of Bluetooth on the XT allows for simultaneous dual-wireless connections, adding to the versatility of the wireless headset. Aside from connecting wirelessly to PC, PlayStation 5, and PlayStation 4 (and wired on Xbox and Nintendo Switch), users can now also connect the headpiece to a smart device via Bluetooth for listening to music and making phone calls. We've already seen this feature on headsets from the competition (Steelseries Arctis 9, Razer Kaira Pro, Lucidsound LS50X), and it works wonders on Corsair's new model as well. Being able to use the headset for music listening or phone conversations is a big plus. Still, despite being more versatile, it's a shame that this premium-priced outing doesn't connect wirelessly with the Nintendo Switch and Xbox.

For me, the main reason why the original Virtuoso RGB hasn't been among my most used headsets is its lack of comfort after prolonged use - I could feel a noticeable strain on the top of my head after a few hours of use. With the XT, Corsair has tried to improve comfort by adding more padding on the headband, and while I was really hoping that this would remove the strain, this, unfortunately, isn't the case. Comfort has somewhat been improved, but the tension is still a thing, and this actually prevented me from using Corsair's offering during longer gaming/listening sessions.

The new features of the XT do add to the overall great package of Corsair's topline wireless headset. By adding Bluetooth connectivity the headset has become more versatile while providing a good sound experience. Corsair's outing is not the best pick for those looking for a multi-platform wireless headset (the SteelSeries Arctis 7X remains king), but being able to listen to music or make calls while playing games is a nice new addition to have. In addition, PC players will be able with the free Dolby Atmos license that comes with the headset. The main drawback of this high-priced offering remains its comfort during longer sessions. Is this visually appealing headset worth your hard-earned money? I would say that there are less expensive, but more comfortable headsets (again, the SteelSeries Arctis 7X/7P, and Razer Kaira Pro as well) on the market, but if you're looking for an aesthetically pleasing wireless headset, you won't go wrong with the Corsair Virtuoso RGB Wireless XT.

Product sample provided by the manufacturer.

Versatile and still quite the looker among gaming headsets, the Corsair Virtuoso RGB Wireless XT comes with Dolby Atmos support on PC and extra padding for more comfort. Unfortunately, comfort still isn't on par with (less expensive) offerings from other brands.