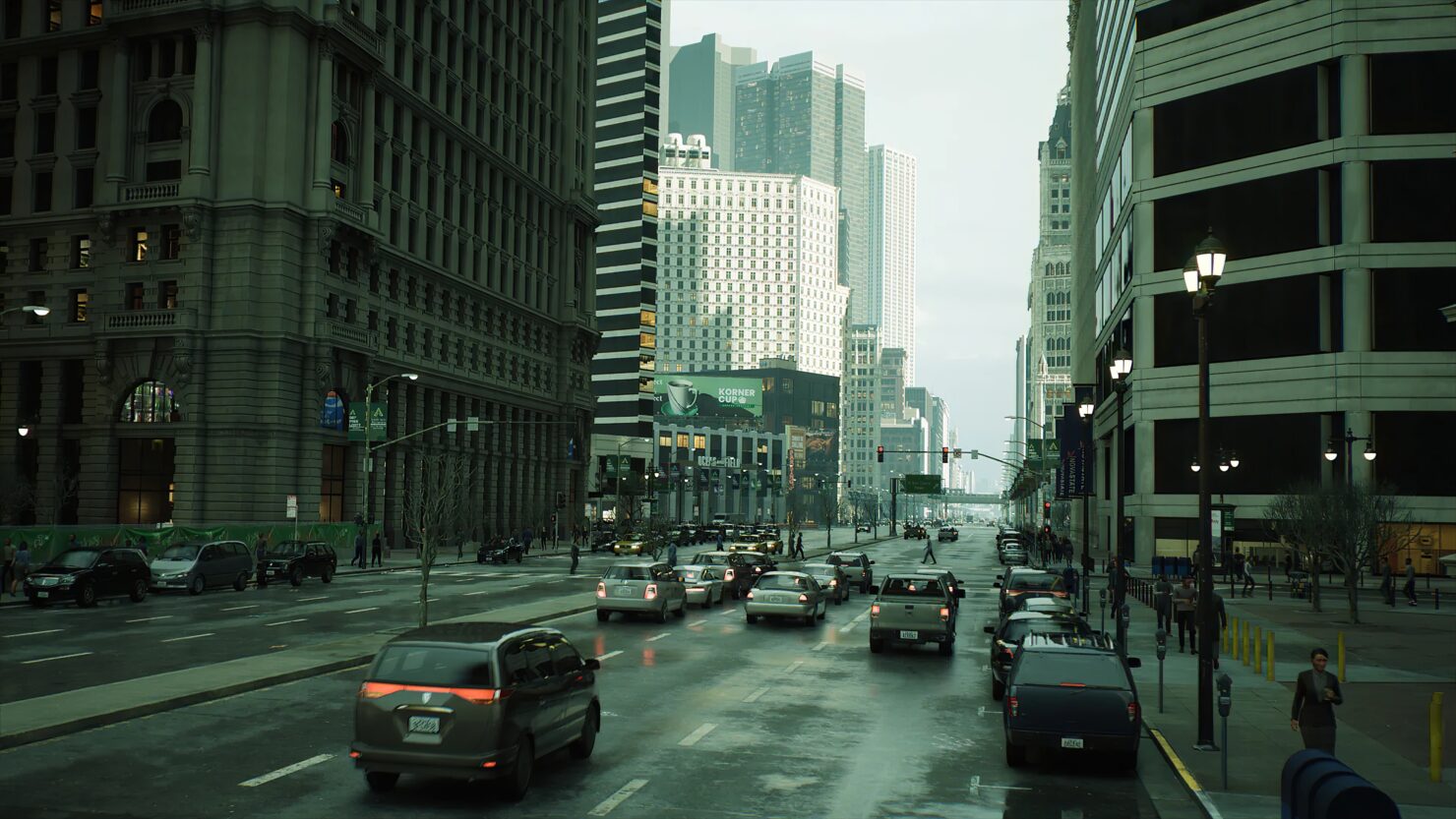 The City Sample is a free downloadable sample project that reveals how the city scene from The Matrix Awakens: An Unreal Engine 5 Experience was built. It consists of a city, complete with buildings, vehicles, and crowds of MetaHuman characters. The project demonstrates how we used new and improved systems in Unreal Engine 5—including World Partition, Nanite, Lumen, Chaos, Rule Processor, Mass AI, Niagara, MetaHumans, MetaSounds, and Temporal Super Resolution—to create the experience.

Designers and developers alike can use this playground to explore how to use Unreal Engine 5 to create expansive and engaging environments.

PC users have long been looking for a way to check out The Matrix Awakens UE5 demo. Of course, downloading the sample project would still require you to compile it before actually running the demo outside of the editor, but developer Victor Careil from Unreal Engine plugin maker VoxelPlugin has packaged it for your convenience, which also drastically reduces the download size from 90GB to around 17GB. Here's a reliable mirror, in case you wish to try it on your PC.

YouTuber AJ Gaming tried it on a high-end PC, packing an Intel i9 12900K CPU and an NVIDIA GeForce RTX 3090 GPU. The results are less than promising, to be honest, as The Matrix Awakens demo hovers between 30 and 50 FPS. The resolution can't be changed, but according to AJ Gaming pixel count shows it's 1440P, not even 4K. CPU utilization also seems quite low on average.

It is too early to be concerned, though. It is likely that this wasn't at all optimized for PC, since Epic simply released it as a sample project for Unreal Engine 5 developers to sift through rather than a proper, standalone The Matrix Awakens tech demo like on consoles.

At any rate, the first Unreal Engine 5 games (not counting Fortnite) may drop later this year, giving us a first look at how the engine will perform on PC. Stay tuned.