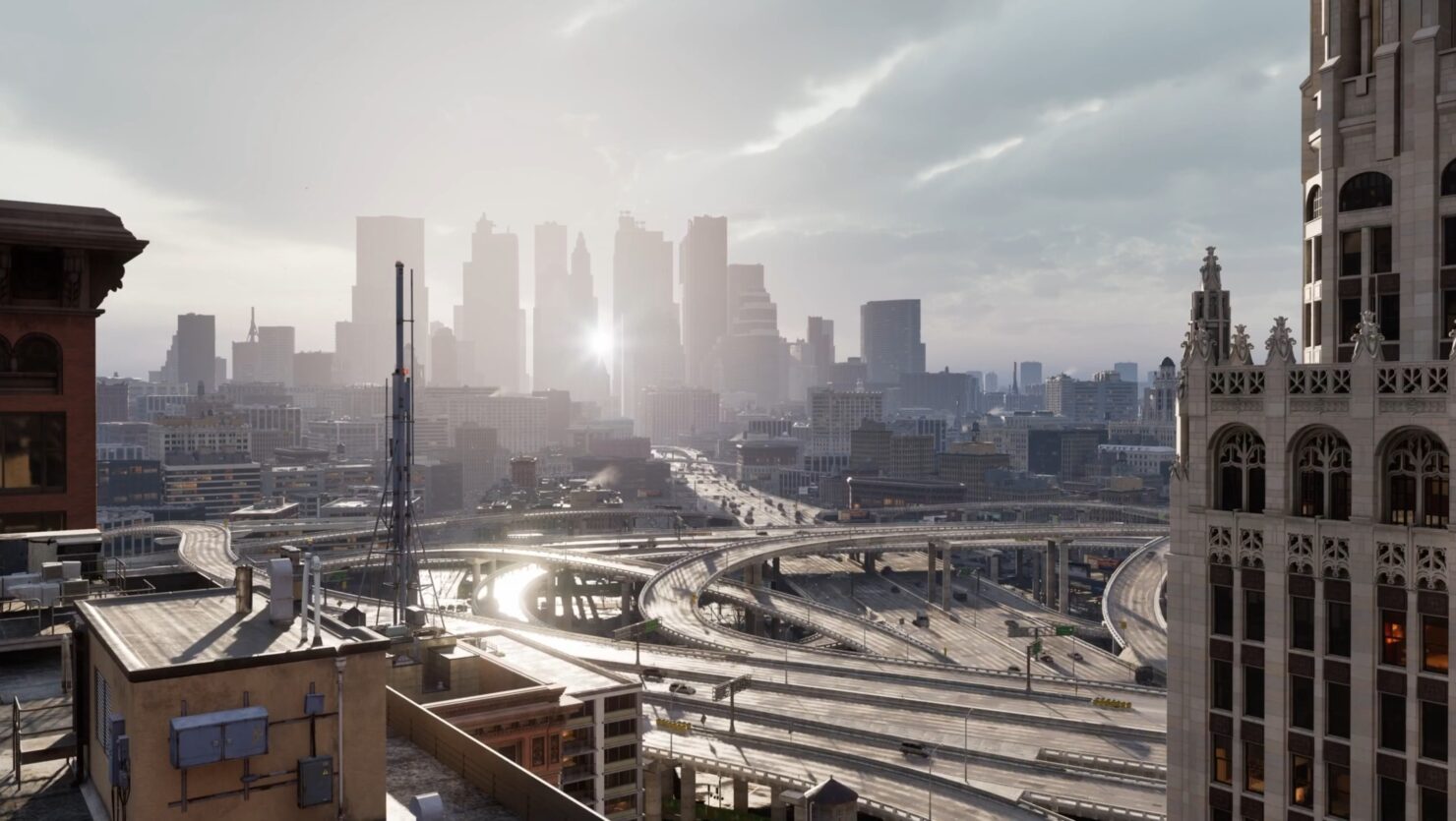 The Matrix Awakens: An Unreal Engine 5 Experience is an excellent showcase of the potential of the new version of the engine by Epic, and it has never looked as gorgeous as in a new video that has been shared online today.

The new video, which has been shared on YouTube by Atmoph, a Japanese company that produces the unique Atmoph Window smart display, showcases a beautiful view from The Matrix Awakens Unreal Engine 5 demo created for the company's product. The view was filmed from select locations inside the demo by Petri Levälahti, an in-game photographer, and needless to say, it truly looks stunning.

This seemingly real city is a 3DCG virtual city created using Epic Games' Unreal Engine 5. The City Sample is a downloadable sample project by Epic Games that reveals how the city scene from "The Matrix Awakens: An Unreal Engine 5 Experience" was built. This View was filmed from selected locations with Atmoph's original compositions and perspectives by Petri Levälahti, an in-game photographer who works internationally.

The asset which consists of a city, complete with buildings, vehicles, and crowds of "MetaHuman" characters is more realistic with UE5 features such as "Lumen," which allows for detailed ambient light depiction, and "NANITE," which create games and worlds with massive amounts of geometric detail.

The Matrix Awakens: An Unreal Engine 5 Experience can be downloaded right now for PC, PlayStation 5 and Xbox Series X/S.

This boundary-pushing technical demo is an original concept set within the world of Warner Bros' The Matrix. Written and cinematically directed by Lana Wachowski, it features Keanu Reeves and Carrie-Anne Moss reprising their roles as Neo and Trinity and—in a reality-flipping twist—also playing themselves.