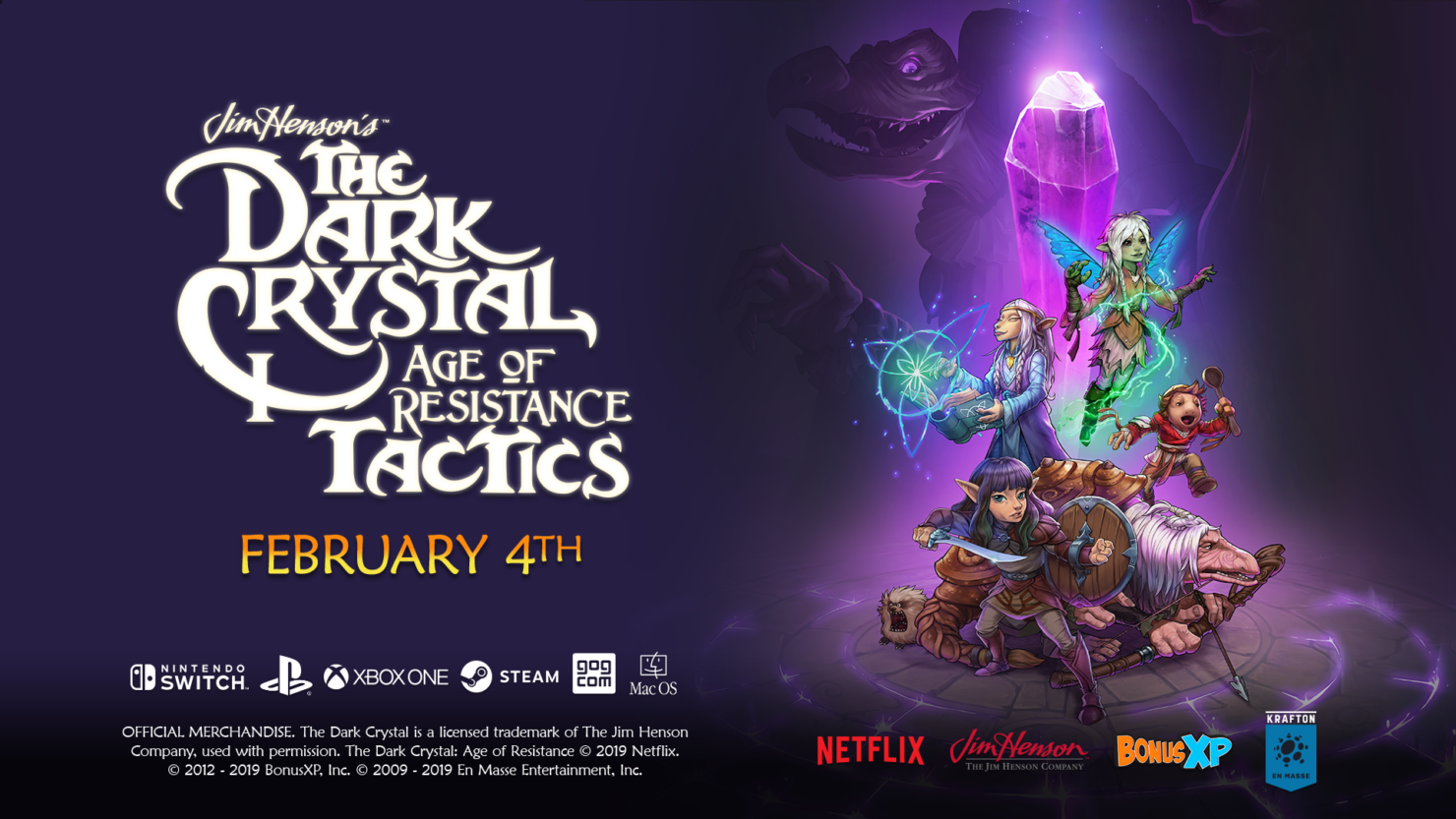 Publisher En Masse Entertainment announced the release date of The Dark Crystal: Age of Resistance Tactics, a turn-based tactics game based on the 1982 film and recent Netflix TV adaptation. It'll be out on February 4th, 2020 for PC and Mac (via Steam), PlayStation 4, Xbox One, and Nintendo Switch.

In The Dark Crystal: Age of Resistance Tactics, you will lead a fledgling resistance of Gelfling against their oppressive overlords, the Skeksis, across more than 50 unique turn-based tactics RPG battles. Along the way, you will recruit and customize new allies by assigning them jobs, modifying their abilities, and outfitting them with equipment to ensure victory. With 15 playable characters, including familiar faces from the classic film and the new Netflix original series, build your own teams and devise winning strategies to overthrow the rule of the Skeksis and restore light to the Gelfling homeworld of Thra!

A Twisted Fairy Tale
Full of mystical creatures from faraway lands, experience an expansive fantasy story through the vibrant world of Thra, where innocent Gelfling lives are consumed for their essence by the nefarious Skeksis. Unite the Gelfling tribes and drive the rebellion to success, or defeat...

Dynamic Environments
Thra is full of unpredictable environments, from arid deserts to lush forests, as dangerous as they are beautiful. Dynamic events on the battlefield may create opportunities or pose additional complications, necessitating rapid changes in strategy.

Chris tried The Dark Crystal: Age of Resistance Tactics at Gamescom this year and found it to be promising.

Well, I thought it was pretty decent to be fair. Granted, I was only able to play a simple tutorial battle and then one more challenging battle (which, I was told, I was one of a select few in Gamescom to have actually beat it - I may play too many strategy games). I'm going to gloss over the tutorial because that's all it was, a basic intro, and get onto the meat of the game that I saw. Needless to say, BonusXP has certainly crafted a strong Turn-Based Tactics (TBT) title.

The Dark Crystal: Age of Resistance Tactics Shows Off its Battles and Jobs in New Videos