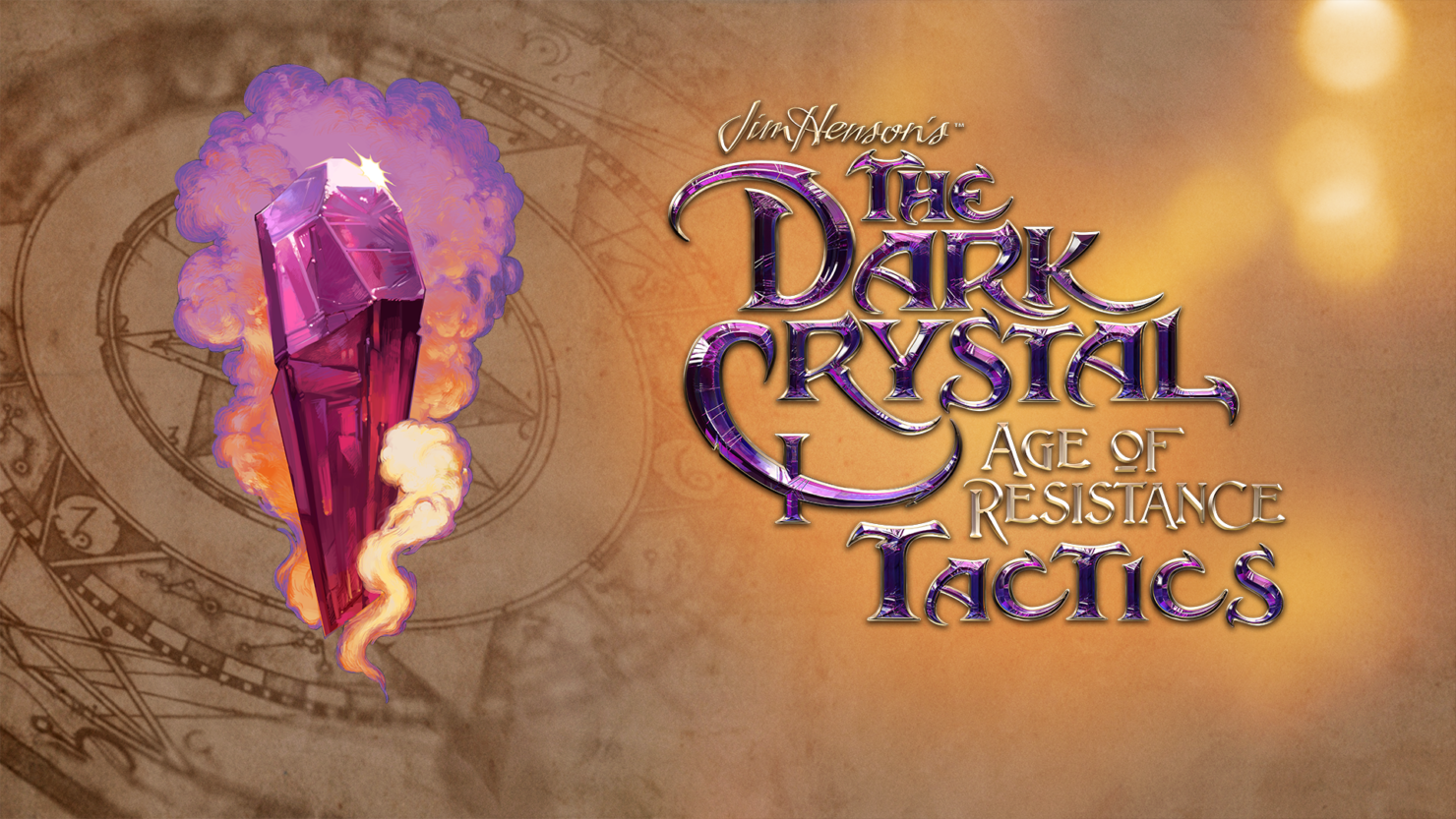 It wasn't too long ago that I was reviewing Stranger Things 3: The Game, a title that essentially told the story of the third season of Stranger Things. How successful that title was is pretty unknown to me (I haven't heard of any sales figures), though the popularity of Stranger Things undoubtedly caught some people's attention. While at Gamescom I actually got to check out another title based on a Netflix series, also developed by BonusXP, this game being The Dark Crystal: Age of Resistance Tactics.

Fortunately, I actually got to have a hands-on with the game, taking its tactical moves for a spin myself. If there's one thing it reminds me of the most, it's Disgaea. There are aspects of Final Fantasy Tactics, and other similar titles, to be found in here too. The question now is, what do I think? 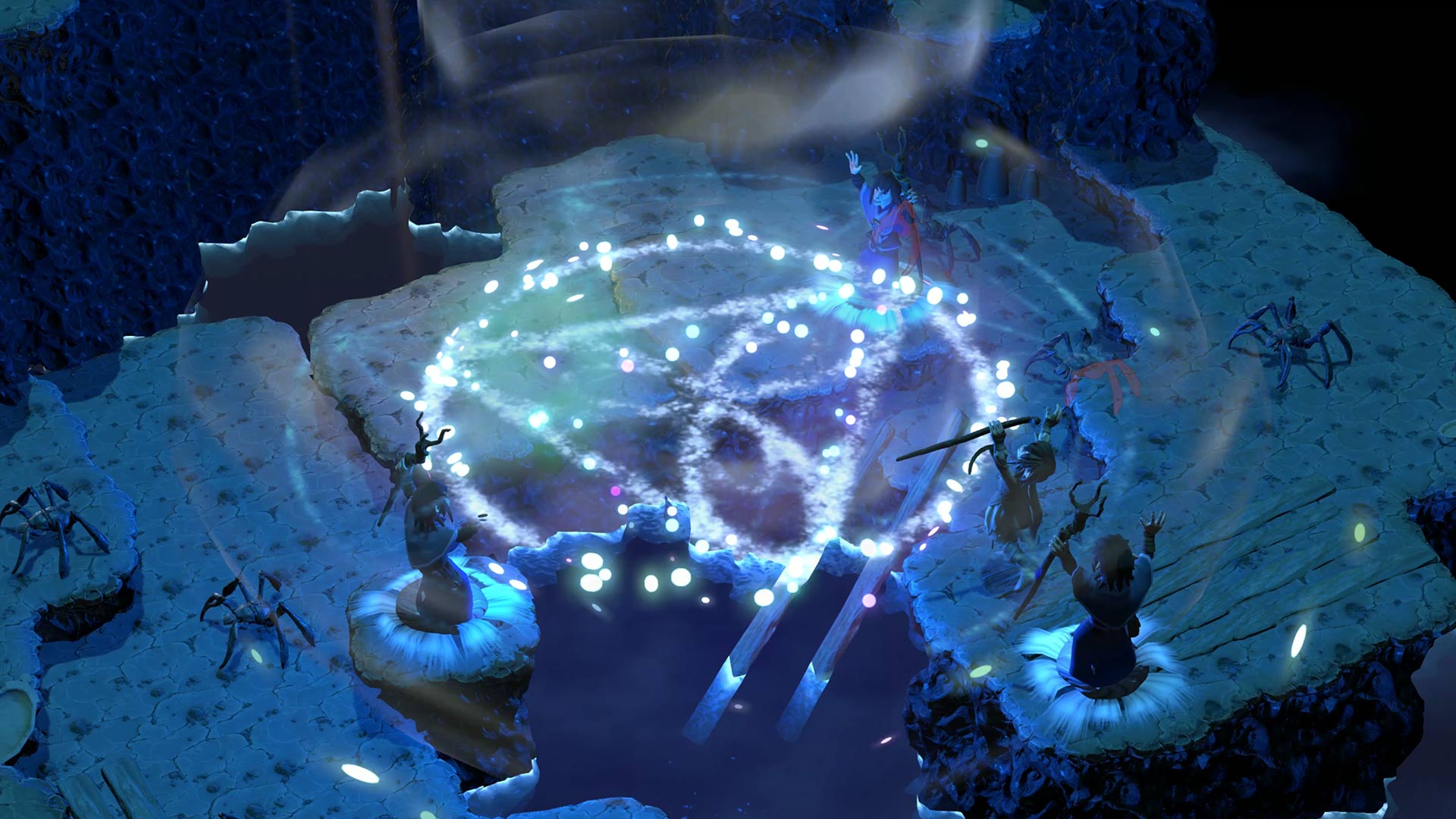 Well, I thought it was pretty decent to be fair. Granted, I was only able to play a simple tutorial battle and then one more challenging battle (which, I was told, I was one of a select few in Gamescom to have actually beat it - I may play too many strategy games). I'm going to gloss over the tutorial because that's all it was, a basic intro, and get onto the meat of the game that I saw. Needless to say, BonusXP has certainly crafted a strong Turn-Based Tactics (TBT) title.

Battles take place on a grid-based map much like you'd see in other titles of the genre, bringing back the Disgaea link. You have certain limits on what you can do, with a movement range and MP/Energy (I genuinely can't remember what it was called) dictating what attacks you can do at the time. If you're low, you can just meditate to regenerate a set amount. As you can expect from a game of this type, certain attacks have different ranges, areas of effect and effects they have upon the enemy. A shield bash, for example, could be used to stun an opponent and set them up for further attacks. That or stop them from attacking you.

It's all pretty intuitive, as is the system of selecting your units. Each unit can best be described as a particular type, but within these types, you have job options. In the battle I managed to win, pitting me against The Chamberlain, I chose a tank-style warrior, a mage and a healer. I did manage to lose my mage at one point. Using altitude and the terrain to my advantage, I was able to pick off The Chamberlain's minions, revive my mage and eventually nuke down The Chamberlain for the victory.

I was pretty chuffed, to be honest, especially since more than a few times I suffered the wrath of a spiteful RNG overlord. It does also help that the AI is actually pretty decent. I never noticed any glaring flaws or moves that made me think "WHY WOULD YOU DO THAT?!", which is always a nice surprise in a game. This isn't to say that there won't be any, there just weren't any in the battle I played. 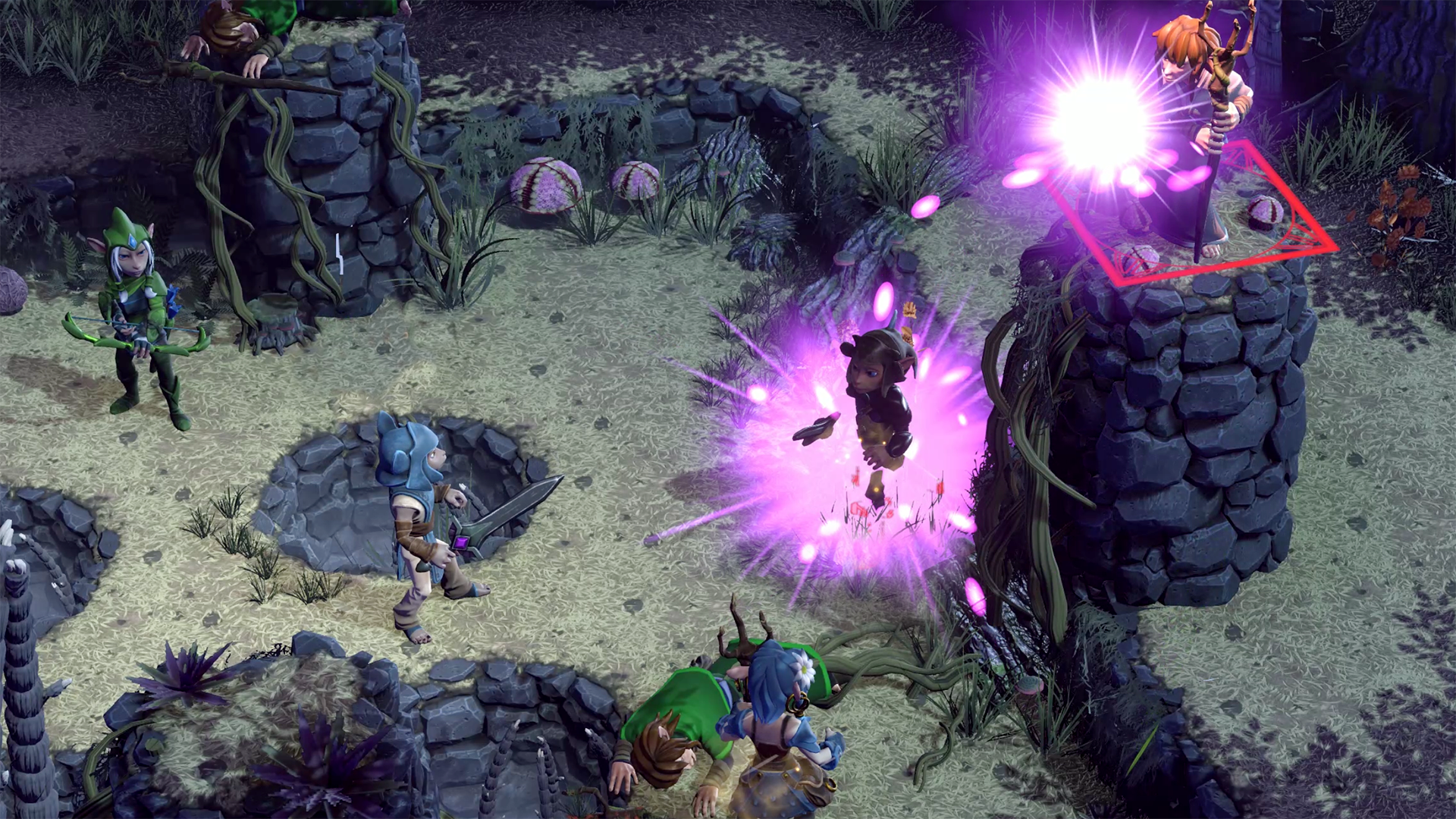 Honestly, there's nothing I saw in the battle to make me sit up and think that The Dark Crystal: Age of Resistance Tactics is a game-changer for the genre. Nor, at the same time, did I ever feel down on it. It's perfectly serviceable, strong and can deliver on everything you want from a TBT. The added feature of job selection for your characters does allow a little bit of extra functionality compared to some titles, with the game also having a levelling system, so there is certainly something to look forward to.

Working with the levelling system is the fact that the game has multiple side quests, allowing you to explore the stories of the characters within the game (and show). This is particularly true as the core game will follow the plot of the show, which I've yet to watch. I wouldn't say this is a big issue because with the release date of this being "sometime later this year", it could act as a nice refresher to those who watch the Netflix series now. Particularly so if they enjoy it and want to see more exploits from the characters within.

Again, I haven't watched the series yet so I can't say if the aesthetics suit any new character designs, but from what was on show it's a nice looking game. The colourful choices suit the puppet-based origin, as do the character models and designs. With a twenty to twenty-five hour estimated gameplay time, depending on a person’s tendency to explore and do side quests, plus with a New Game+ option, there certainly seems like there'll be a decent amount to do here. 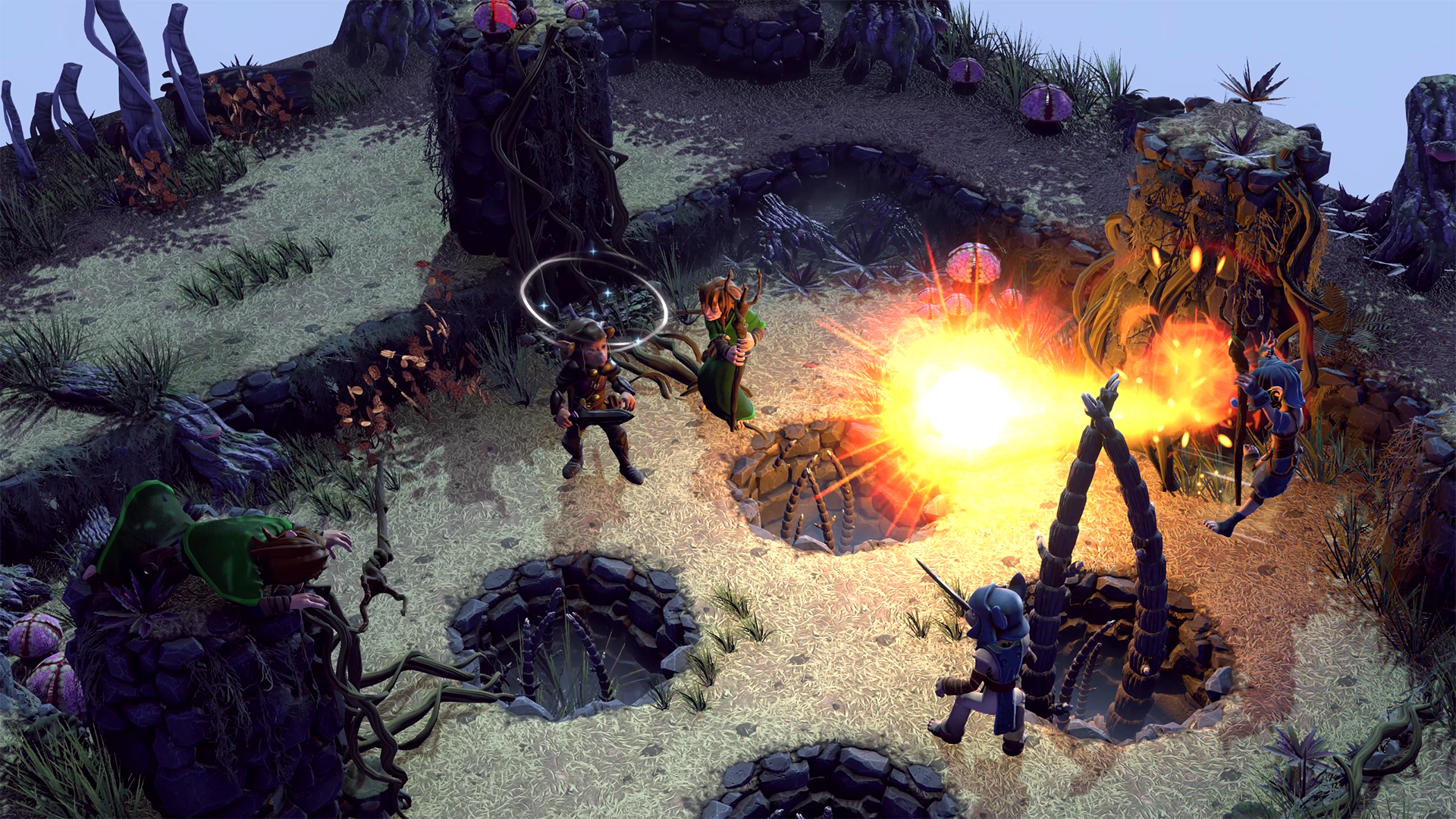 So, who exactly is The Dark Crystal: Age of Resistance Tactics for? Naturally, fans of the show (and original film). I would also make the case that it's for anybody who wants a decent TBT title, particularly those who want to play one on-the-go, with this coming out on the Nintendo Switch. As I mentioned earlier, the release date is a fairly mysterious later in 2019 and it will be coming to the PC, Nintendo Switch, PlayStation 4 and Xbox One.