A New Turn-Based BattleTech Game Coming to PC, Entering Kickstarter at the End of the Month

A proper BattleTech board game/ PC game amalgamation hasn't graced us for some time. The last true representation of the original board game was perhaps MechCommander 2 that released in 2001.

Harebrained Schemes has just announced their plans to bring a BattleTech into the new age with turn-based strategy game that will be entering Kickstarter on September 29th. 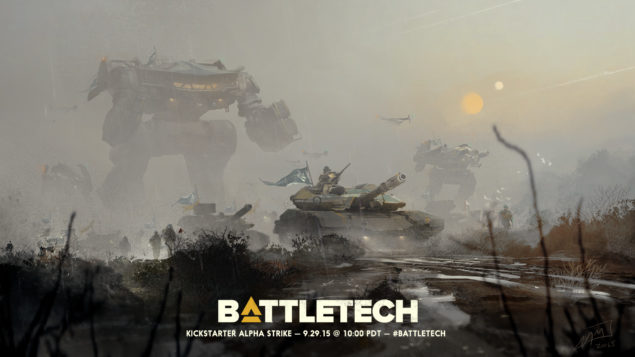 BattleTech is coming to the PC once again with a new turn-based strategy game.

The last game that was supposed to revive the proper board-game like mechanics, MechWarrior Tactics, ended up going bankrupt and never saw the light of day and the rights to the game were sold to an unknown buyer in December of 2014. Maybe this mysterious benefactor happens to have been Harebrained Schemes, who are now reviving the concept.

BattleTech is a varied and lovely universe that has an absolutely gigantic story spread over thousands of years that could potentially be well suited to a number of different genres. Translating the original board-game almost directly this way is but one way to enjoy the mythos.

The possibilities are endless with how this could be interpreted and made. Harebrained Schemes did a superb job with their Shadowrun series, mixing a sometimes lengthy narrative with good turn-based action sequences and an overall fun atmosphere. Hopefully they take that expertise to bear here and make a good BattleTech game that fans will want.

Harebrained Schemes is pleased to announce their return to Kickstarter this Fall to partner with Backers in co-funding the creation of BATTLETECH. Jordan Weisman, the creator of BattleTech and MechWarrior, is back with the first turn-based BattleTech game for PC in over two decades. Steeped in the feudal political intrigue of the BattleTech universe, the game will feature an open-ended Mercenaries-style campaign that blends RPG ‘Mech and MechWarrior management with modern turn-based tactics.