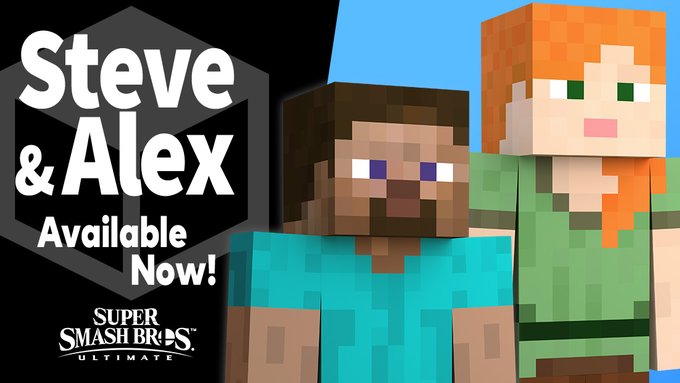 The new update makes Minecraft’s Steve and Alex available as paid DLC within the brawler for those who have purchased the new DLC fighters individually or though Fighter Pass Volume 2. In addition to support for the new challenger pack, the update packs numerous fighter adjustments, stability fixes alongside several fixes to improve gameplay experience.

Steve & Alex from #Minecraft are now available as paid DLC in Super #SmashBrosUltimate! Think outside the blocks with these creative fighters today!

Available individually or as a part of Fighters Pass Vol. 2. https://t.co/zzqCNj9KCe pic.twitter.com/bjaTbcm88i

Several changes to the game’s online and offline mode have also been implemented, including all-new Spirits which will appear in the Shop on the Vault menu. You’ll find the full release notes down below.