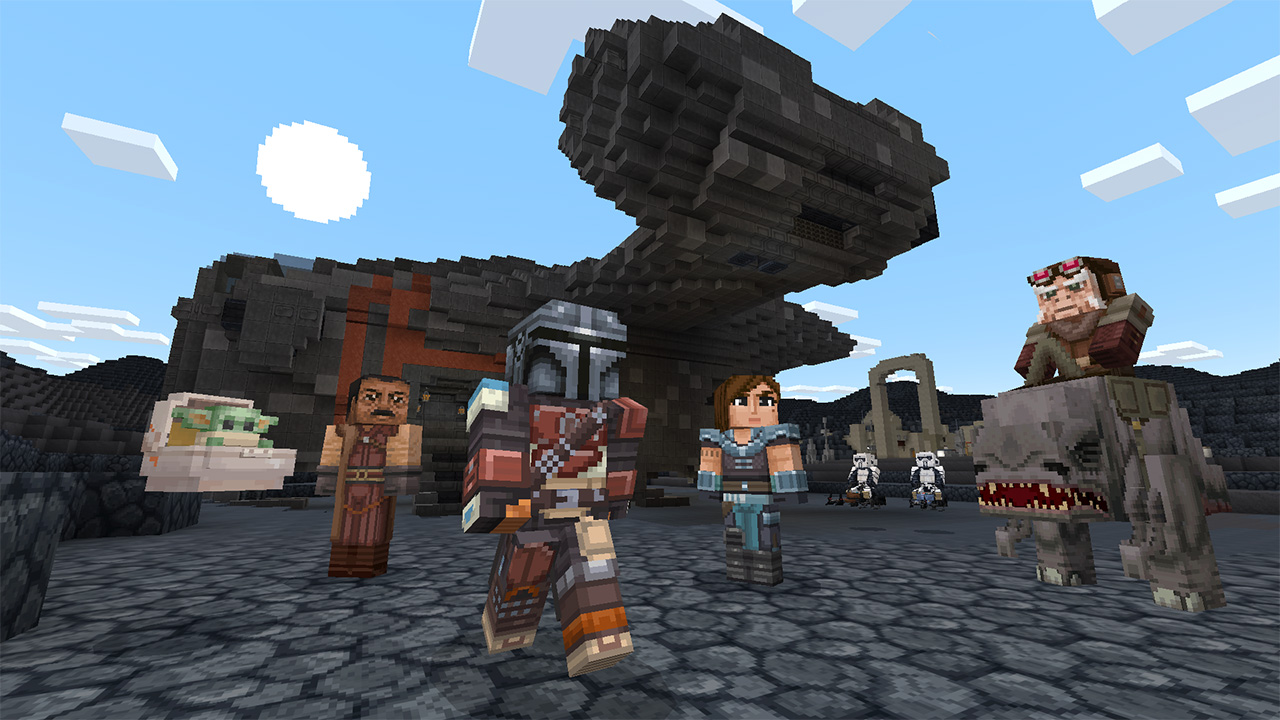 In a somewhat surprising mash-up, Star Wars is coming to the world of Minecraft by way of a new DLC set.

The new crossover, which adds content from A New Hope, The Empire Strikes Back, Return of the Jedi, and The Mandalorian, is up for grabs in the Minecraft Marketplace for 1340 Minecoins (about $7).

You get a new map, 12 different planet dioramas, special Star Wars skins, and of course an adorable Baby Yoda that will steal the show as he usually does. You can explore locations like Hoth, the Mos Eisley Cantina, the Death Star, and even Jabba's palace. That means you also get to come face-to-face with Jabba himself. Everything looks pretty true to the films, as you can see in the expansive trailer below.

But it wouldn't be Star Wars without the iconic soundtrack, and luckily that's all here as well. You'll get to explore your favorite set pieces from throughout the Star Wars universe, all while grooving out to the very tunes you know and love from the movies. You might especially be excited for that Cantina tune, and who wouldn't be?

This Star Wars set is the latest in a long line of collaborations that bring new worlds to Minecraft. There have been a wide variety of different mash-ups in the past across platforms, ranging from the expansive Mass Effect universe to newcomers like Pac-Man, and even Adventure Time. You can purchase packs at your leisure from the Marketplace to spice things up here and there, all with your favorite character skins or even the world of the Mushroom Kingdom itself with Mario skins and world items.

Star Wars buffs should get plenty out of this latest pack, and just in time for a new episode of The Mandalorian when it drops later this week. Here's hoping Baby Yoda doesn't eat any frog eggs in the Minecraft pack.