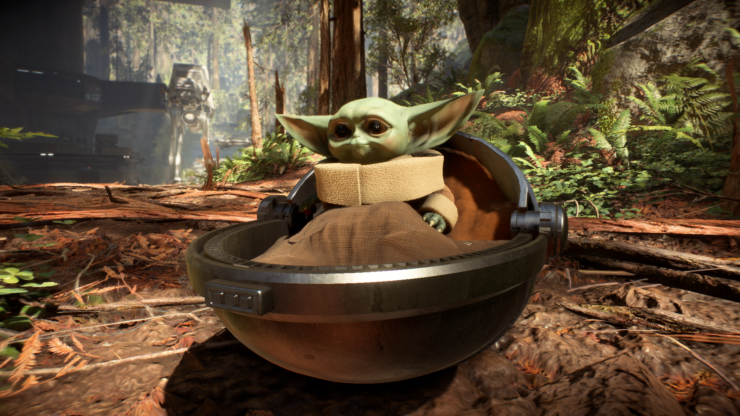 The Child, commonly known to Star Wars fans as Baby Yoda, is among the most popular Star Wars characters introduced in recent times, and from today, those playing Star Wars Battlefront 2 on PC will be able to play as the character thanks to a new mod.

The Baby Yoda mod replaces BB8 with the new character introduced in The Mandalorian. While Baby Yoda looks bad on the frontend, the character looks great in-game, complete with new UI and SFX. A second mod, available for download on Nexus Mods, improves he first mod by changing the BB8 Star Cards into new ones made for Baby Yoda.

I started this as a joke mod but it ended up being pretty cool.

He looks wacky on the frontend- There is nothing I can do about this. I cant change the animations to make BB8's arm or wire go away. Everything is fine in-game though.

A new Star Wars Battlefront 2 update has been released earlier this week, introducing the Ewok Hunter and the ISB Agent .

Joining the Rebellion will be the Ewok Hunter, a Reinforcement option we know that many of you have been talking about since we first released Ewok Hunt back in 2018. The Ewok Hunter is a cunning bundle of fur that hunts its prey with bow, spear, and Wisties.

For the Galactic Empire, the ISB Agent will be joining the ranks, providing the Empire with their first opportunity of a dual wielding character. Armed with two RK-3 blasters, the ISB Agent is skilled in intelligence gathering and close combat, working tirelessly to rout the enemies of the Empire.