EA and DICE have released a brand new screenshot for Star Wars Battlefront, that showcases the planet of Sullust. The screenshot features two Imperial Star Destroyers. 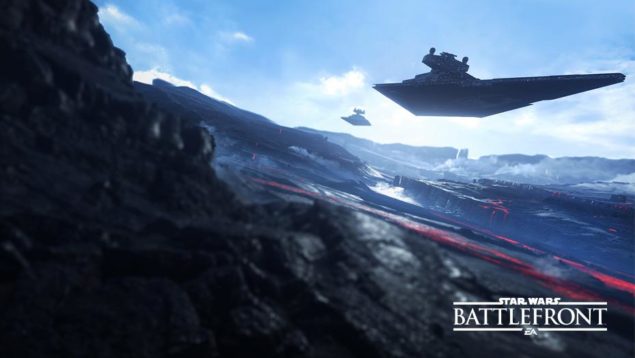 Sullust is one of the new planets available in Star Wars Battlefront, and the team at DICE went to great lengths to capture the feel and atmosphere as realistically as possible. They visited many different locations around the world that resemble the harsh volcanic conditions of the planet to bring an authentic and genuine experience to fans.

The Star Destroyers featured in the screenshot are likely to be part of the introductory scene of the map or perhaps have some relevance to the missions aspect of the game.