Star Wars: Battlefront “Looks Great on the Xbox One as Well”, “Gameplay Will Come in Due Time”

I understand. We haven’t revealed everything about the game yet though.

Just remember that we never wanted this to be a Battlefield re-skin or a continuation of Battlefront 2. We’ve clearly stated that we are rebooting the Battlefront series and that we’re not just doing Star Wars Battlefield. We want to make sure we create a super solid and strong foundation, which provides an immersive and long-lasting experience.

Nielsen answering to fan blaming DICE of destroying the game, he explains:

Look, I get that people are disappointed over the lack of features found in e.g. Battlefront 2, but remember that we’re not building Battlefront 3 here, but creating a new game from scratch.

I still sincerely believe that once you get your hands on this game, you will greatly enjoy it, and it will feel both like a Battlefront and Star Wars game. That’s what matters the most, right?

A user stated  that certain features were “cut to prevent longer production” and “will be complete within a month or two and shipped out as DLC”, to which Nielsen responded:

Not the case at all; we’ve been 100% focused on what we should and can deliver for the launch of the game. 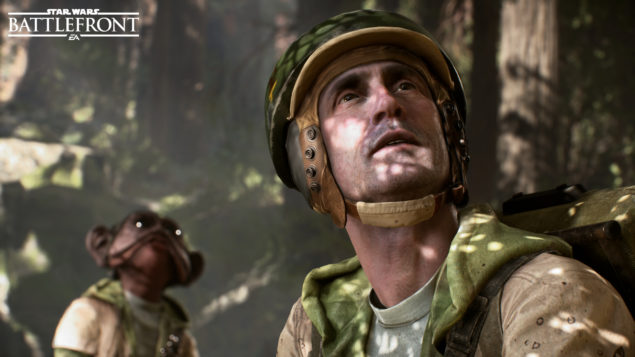 Star Wars: Battlefront looks great on the Xbox One and once the game is released he feels that it's going to be one of if not the most beautiful game on all platforms.

I’m sorry, but I simply can’t go into too much detail on these things. Yes, it looks great on Xbox One as well. But if you want me to start specifying if XB1 and PS4 versions look identical, etc., that’s a level of detail I just can’t go into yet. Remember it’s also still in development; there’s a lot of months to go with optimizations, tweaks and polish.

Star Wars: Battlefront gameplay footage "will come in due time".

It will come in due time. What do you expect me to do, drop a gameplay clip right here and now because you ask for it? : P

Star Wars: Battlefront will be released on November 17 2015 for the PlayStation 4, Windows PC and Xbox One. We will bring you any new information as soon as it becomes available. Be sure to check out our previous Star Wars: Battlefront coverage as well as the latest teaser trailer for Star Wars: The Force Awakens, which opens in theaters on December 18.