Squadron 42 Will Be Done When It’s Done, Says Chris Roberts 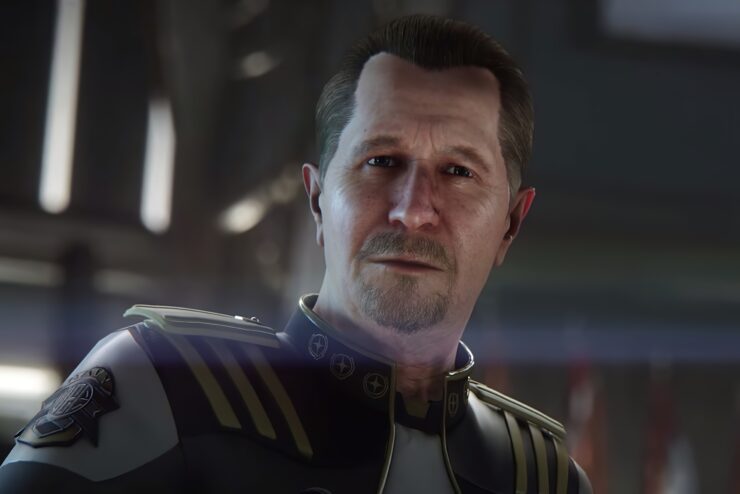 Following the teaser from a few days ago, Cloud Imperium Games released the long-awaited Squadron 42 development update. Alongside it, Director Chris Roberts also shared a long letter where he flat-out said that the game will be done 'when it's done', thus giving no ETA on when it'll launch.

However, through The Briefing Room, fans should expect improved communication on the progress of Star Citizen's single player campaign.

It is very important to us to deliver a game that will be the pinnacle of the single-player story space adventure, a game that lives up to the legacy of Wing Commander and breaks new ground in interactive storytelling. Much like Star Citizen, Squadron 42 is how I always dreamed of being immersed in a riveting story where I was the star of my own huge space epic. Back when I was building the Wing Commander series, there were always technical limitations, so I had to pick and choose my battles. But with Squadron 42 I can finally immerse you as a player into your own adventure to rival any big budget movie you might see on the big screen, interacting and forming relationships with characters played by some of your favorite actors and navigating battles and set pieces that would make any Star Wars film proud. I could have stuck to the original, much simpler game that was proposed in 2012, but with the increase in scope for Star Citizen I felt I needed to build a single-player game to rival Star Citizen’s multiplayer ambition. With the amount of love and effort that has been poured into Squadron 42, we aren’t going to release it until it’s fully polished, plays great and packs an emotional wallop.
This is a very different approach than Star Citizen, where we iteratively release functionality and content every three months, and so tangible progress can be seen and played. For a lot of Squadron’s content, it’s very hard to call it “done” as we’ll be polishing gameplay, environments, characters, props and ships until we release. So, we felt that refocusing the roadmap more on what people are working on rather than individual deliverables per quarter would give people a much better idea of where we are at in the development of Squadron 42, as well as how hard everyone is working. [...]
I know everyone would like a definitive date on when Squadron 42 will be done but the best answer I can give you is that it will be done when it is done, and that will not be this year. But starting this December you should have more visibility into what the team is working on, what they have left and with The Briefing Room you’ll get much more in-depth visual dives into what we’ve done and features and content we can share without spoilers.
I want Squadron 42 to be finished and played by all of you, more than anyone. I can tell you that the team is in “close out” mode and we are actively looking to burn down our remaining tasks and focus on polishing gameplay. It is going to be a game that is worth the wait, and one that the team and I, and you the community who supported its creation, will be proud of.

Roberts also participated in a community AMA (Ask Me Anything) session, where he added a bit more color by stating that the developers have still 'some ways to go' before entering beta status with Squadron 42. Lastly, Roberts pointed out that other big games like Red Dead Redemption 2, The Last of Us Part II, and Cyberpunk 2077 'have all taken a lot longer than originally communicated and those projects didn't even announce a release date until very deep into their production when most of their tech had been resolved'.

Of course, Star Citizen and Squadron 42 were crowdfunded back in 2012 and with release dates still far from appearing for either version of the game, this might be veering closer towards Duke Nukem Forever in terms of sheer development time.

Chris Roberts: Squadron 42 Has a Level of Connection, Acting & Characterization Above God of War, RDR2, TLOU