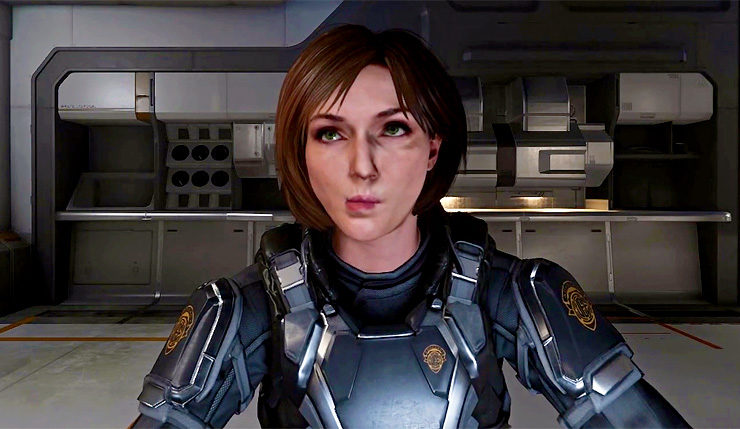 The folks at Cloud Imperium have released another developer video for Squadron 42, the single-player component of their sprawling Star Citizen project. We start with a rundown of some of the things that have been recently added to the game, including visual effects and new areas for your Idris frigate home base, but the video manly focuses on Squadron 42’s gameplay story scenes. Squadron 42 will have its share of lavish cinematics, but much of the game’s story will be told through fully-interactive scenes, with Cloud Imperium devoting an entire team to crafting them. You can learn about the process of creating these scenes, below.

According to Squadron 42 gameplay story lead Tony Wills, a ton of effort is being sunk into making sure the animation in these interactive scenes is up to snuff…

“I've worked in animation for a long time, so to me animation is what lights up the game. It's the most important thing, for me. If you look at something for the first time, the way it moves is the thing you're going to see. I want to bring these scenes that have been captured into the game, and that life into the ship, so you're not just walking around an empty spacecraft. There's real people there with real stories.

No two gameplay story scenes are really the same. We have a massive range from to simple one-liners that are said during combat, to full scenes with multiple characters, up to 12 characters, filling a room with very dramatic things going on. [We're] still discovering, as we go through, different aspects to gameplay story, so there's a lot of variety in there that's very interesting.”

It’s hard not to hear some of what’s said in the video as a shot across BioWare’s bow. It’s pretty clear Cloud Imperium would like Squadron 42 to be the new Mass Effect, and one of the things Mass Effect: Andromeda really failed at were these kind of interactive story scenes. Hopefully Squadron 42 won't stumble into the same pitfalls.

For those who haven’t been following the development of Star Citizen and Squadron 42, the space trading and combat project first hit Kickstarter in 2012 and has amassed a staggering $175 million in funding, but has been slow to deliver content, with update plans often changing or being delayed. Star Citizen is currently available in alpha form, while Squadron 42 remains under wraps (an hour-long “vertical slice” of the game is as much as we’ve seen so far).

A release date for Squadron 42 has yet to be set, with 2019 probably being the absolute earliest you can expect to play the game.