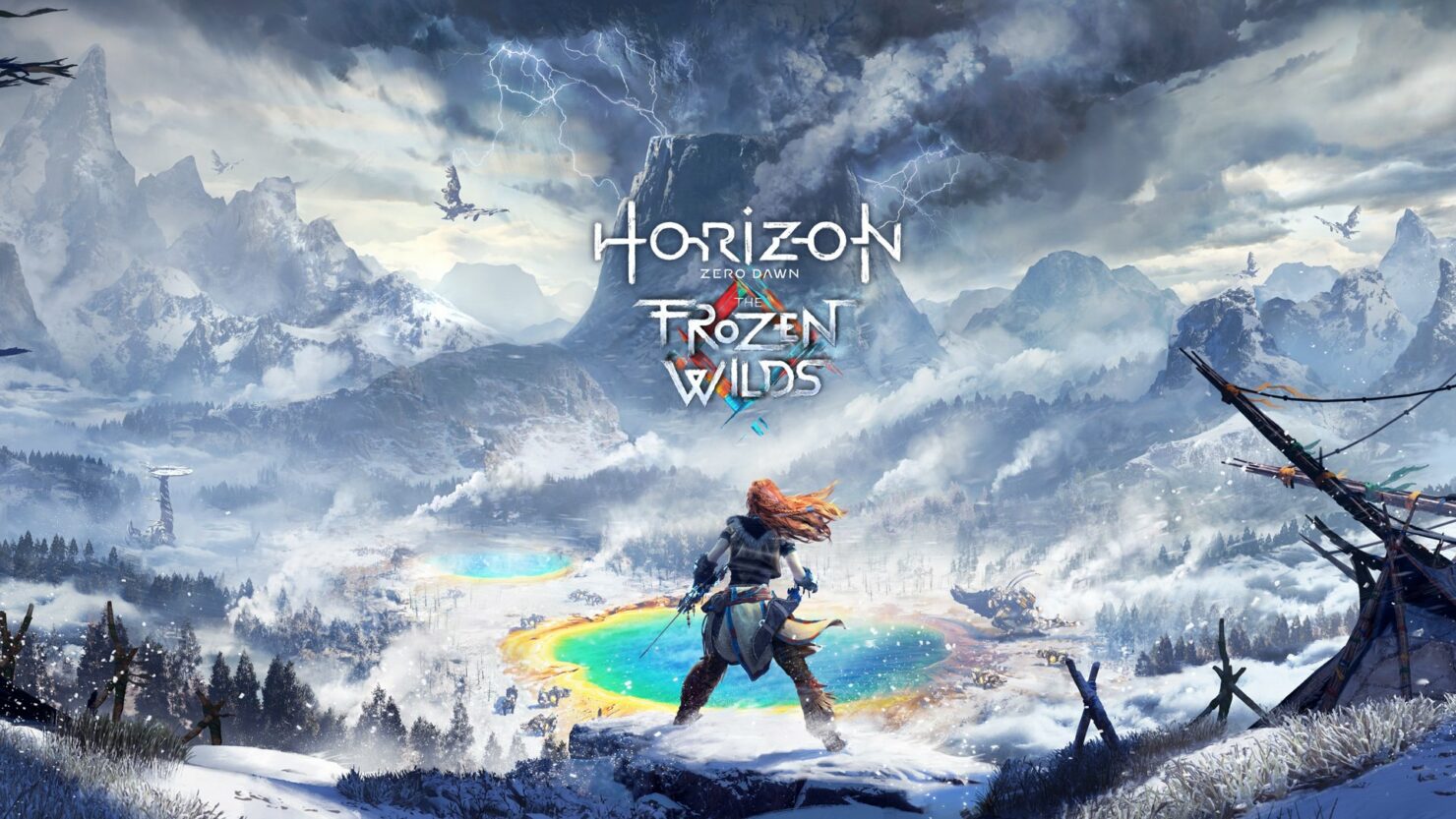 A screenshot of a Sony mailing has surfaced on the PlayStation subreddit, which shows that The Frozen Wilds DLC is currently being given away for free for some lucky Zero Dawn fans.

“As you’re a fan of Horizon Zero Dawn, we’re doing something special…we’re giving you the huge expansion, The Frozen Wilds – totally free”, the e-mail reads. 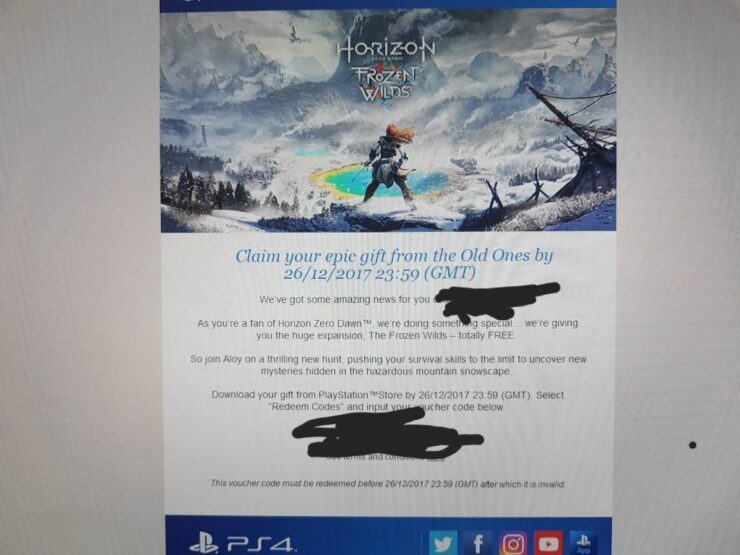 “So join Aloy on a thrilling new hunt, pushing your survival skills to the limit to uncover new mysteries hidden in the hazardous mountain snowscape.”

Apparently, the Sony’s ‘gift’ can be downloaded through December 26th 23:59 (GMT), after which the supplied voucher code becomes invalid.

It’s unsure whether this is global offering from Sony, but based on the on the use of the GMT time zone, it appears that the mailing is intended for the UK. We’ll update in case we learn more about this amazing free offer from Sony.

Horizon Zero Dawn and its Frozen Wilds expansion are available now for PlayStation 4. We've included the Frozen Wilds trailer and a short description of the expansion below.

Beyond the northern mountains, the borderlands of the Banuk tribe challenge all who dare enter to survive the extremes. But now this frozen wilderness harbors a new threat, and for Aloy, a new mystery - one she’s determined to solve.

In case you're interested - you can find our very own review of Zero Dawn's Frozen Wilds DLC right here.