Earlier this year, Guerrilla Games showed the world how engaging single player games are made with Horizon Zero Dawn, with an open world experience that has been masterfully crafted to give players a playground where it's very hard to feel bored. With Horizon Zero Dawn The Frozen Wilds DLC, the team has now shown how an expansion should be done.

The Frozen Wilds expansion features a new quest starring the Banuk, one of the tribes that only had a marginal role during the main story, set in The Cut, an unforgiving land where only the fittest survive. And those who manage to survive the machine's incredibly aggressive behavior, which is due to some sort of virus that the Banuk call the Daemon. Being one not to abandon people to their blight, Aloy sets out to explore The Cut and get to the bottom of the matter.

While The Frozen Wilds story isn't particularly original, it's somewhat more enjoyable than the main game's thanks to a strengthened focus on a single storyline. There are still plenty of sidequests, but it's harder to get sidetracked as often as it happens during the main campaign. Additionally, the way the story is presented is much better, thanks to the improved NPCs' facial animation and movement. The differences are subtle at times, but going back to the main campaign while playing The Frozen Wilds makes the improvements quite clear, and, most of all, welcome.

All these improvements, however, pale in comparison to the beauty of the new area introduced in Horizon Zero Dawn The Frozen Wilds. Called The Cut, the area features a much harsher landscape than the rest of the game's map, with snow covering everything. The harshness of the new area is well represented not only by the more powerful machines that prowl it, some of them giving players a real challenge if underleveled, but also by the terrible blizzards that sometimes make it very hard to see what's ahead. There are also some beautiful vistas, so if you spent time in Photo Mode during the main campaign, you will definitely spend more time in it while exploring the area.

As already mentioned, The Cut also features some of the most powerful machines players will encounter during the course of the game. Main campaign machines are back in a powered-up form as Deamonic machines, featuring the same abilities as the regular versions as well as higher shock and corruption resistances. The new machines, such as the Scorcher, the Frostclaw, and the Fireclaw, are even more challenging than the Daemonic machines, requiring players to come up quickly with new strategies when encountering them for the first time. Like in the main game, Guerrilla put a lot of love in designing the new machines, and it clearly shows.

Thankfully, the team also added some more tools that make dealing with the new machines a bit easier. Alongside the new Traveler skill tree, which includes some handy skills that allow Aloy to pick up resources while mounted, repair mounts and enjoy an increased chance of harvesting rare resources, The Frozen Wilds also features some new weapons. New wildlife such as goats and owls are also found in The Cut, providing players with more resources to craft and upgrade weapons.

With Horizon Zero Dawn The Frozen Wilds story lasting around 15 hours, the expansion is a more than worthy purchase for all those who have enjoyed the main campaign. In truth, it's just more of the same, as there are no new major gameplay mechanics, but when everything is so good, can anybody really complain?

Review code provided by the publisher. You can purchase the DLC separately via PlayStation Store or alongside the main game in Horizon: Zero Dawn - Complete Edition. 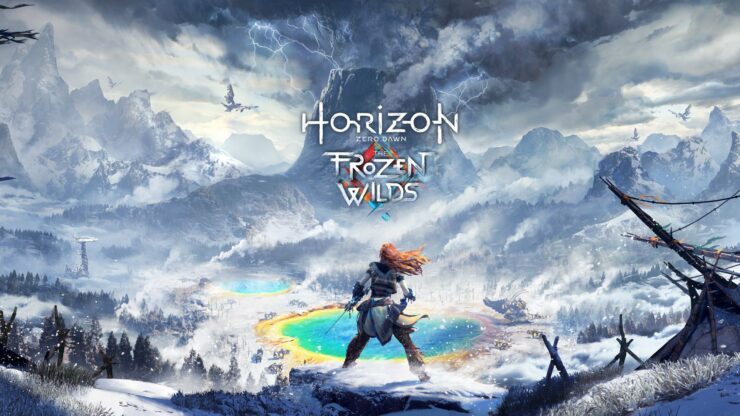