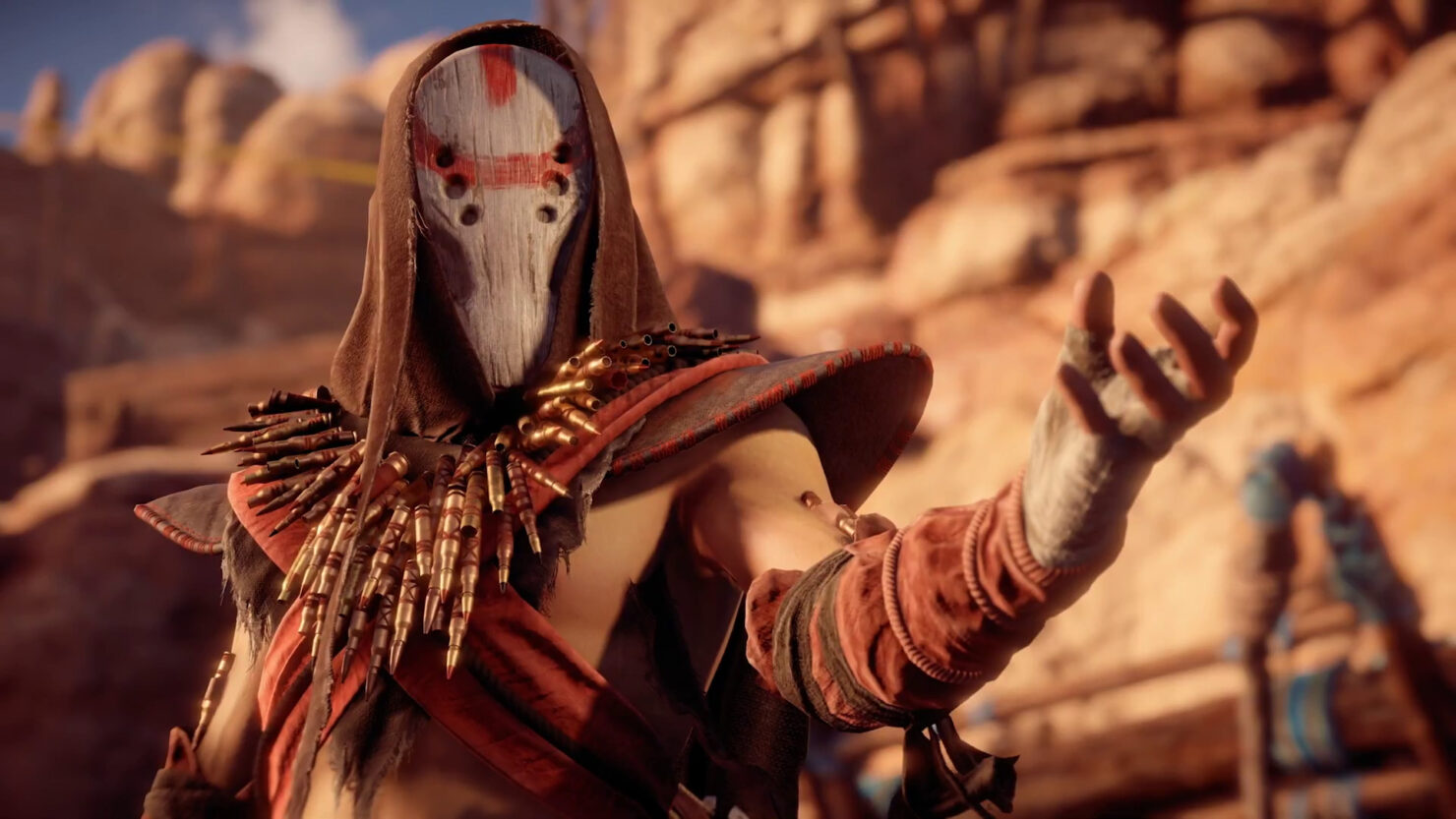 An impressive Horizon Zero Dawn cinematic trailer has been released by Sony and its developer, Guerrilla Games.

The trailer focuses yet another threat that the game’s main protagonist, Aloy, will have to face, but also provides a sneak peek at some of the allies who might join her cause. Check out the Horizon Zero Dawn story trailer down below:

Who are these masked warriors, and what is the source of their power over the machines? Who will rally to Aloy’s side on the field of battle?

Dutch developer Guerrilla Games began development on Horizon Zero Dawn following the release of Killzone 3 for the PS3. The action-RPG was officially announced during Sony’s 2015 E3 press conference and was initially slated for a release last year, but was later delayed into 2017. "As you can see in the trailer, we’ve decided to push the release date for Horizon Zero Dawn to February 28, 2017. It wasn’t an easy choice to make; we know many of you have been anxious to play the game since we first announced it", said Guerrilla's managing director, Hermen Hulst, back in June of last year. "However, we also want to ensure that Horizon Zero Dawn lives up to the visuals and gameplay quality that our games are known for. The new date affords us the extra time required to deliver fully on our ambitious vision for Horizon Zero Dawn. We realize that this decision may not please everyone. At the same time, we’re confident that the advantages of the additional development time afforded by the new date will become clear in the coming months, as we start to share more cool details and videos from Horizon Zero Dawn."

Horizon Zero Dawn will release on PS4 (with PS4 Pro support) on February 28.