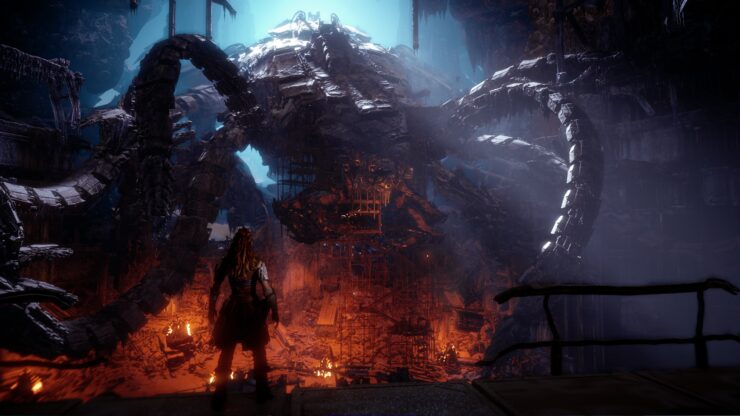 A set of amazing new Horizon Zero Dawn screenshots has just been released by Guerrilla Games and Sony.

Dutch developer Guerrilla Games just live streamed Zero Dawn via Twitch, and following the stream, a batch of amazing new screenshots has been released. You can check the gallery out below:

Sony recently announced a 1TB PS4 Slim Horizon Zero Dawn bundle for Europe, and the title went gold last week. The action RPG was officially announced by Sony and Guerrilla during Sony’s 2015 E3 press conference and was initially slated for a release last year. The game was slightly delayed to allow for further polishing.

Horizon Zero Dawn™ is an exhilarating new action role-playing game, developed by the award-winning Guerrilla Games, creators of PlayStation’s acclaimed Killzone franchise, exclusively for PlayStation®4. As Horizon Zero Dawn’s main protagonist Aloy, a skilled hunter, explore a vibrant and lush world inhabited by mysterious mechanized creatures. Embark on a compelling, emotional journey and unravel mysteries of tribal societies, ancient artifacts and advanced technologies that will determine the fate of this planet, and of life itself.

Horizon Zero Dawn releases on PS4 (with PS4 support) on February 28. Those in Europe will be able to enjoy the game on March 1st.