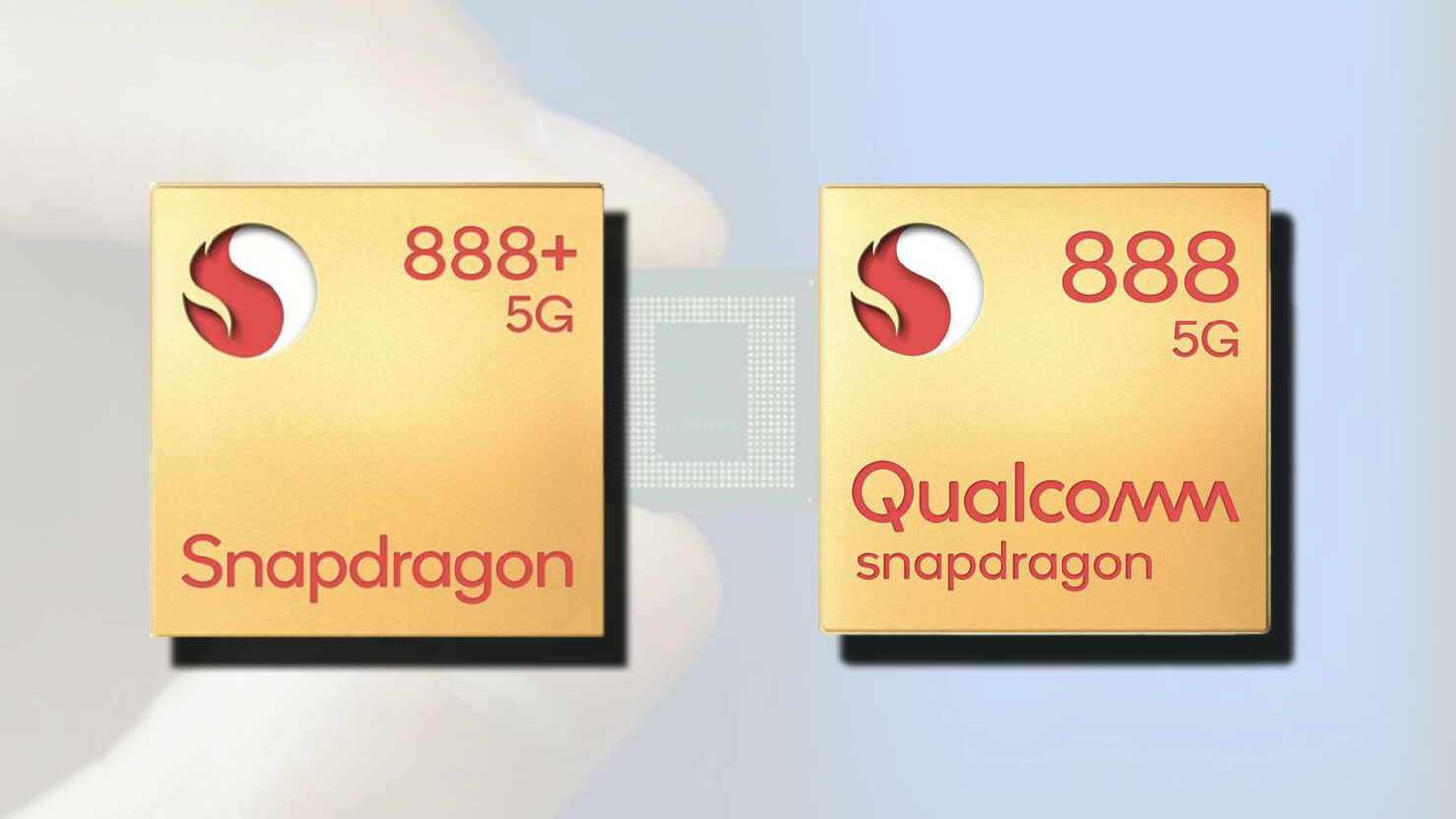 As tradition holds, Qualcomm announced the Snapdragon 888 Plus a few days ago. As most of you know, it is a slightly overclocked variant of the Snapdragon 888, which would eventually fuel Android flagships arriving in the remaining half of 2021. However, has the company unveiled an SoC that holds a significant difference from its lower-clocked variant? Here are all the details you should know.

First, let us go over some similarities first. The Snapdragon 888 Plus and Snapdragon 888 are manufactured on Samsung’s 5nm LPE architecture, and the CPU cluster remains the same, divided in the 1 + 3 + 4 configuration. Strange enough, where Qualcomm previously introduced a slight GPU clock speed boost to its chipsets featuring the ‘Plus’ moniker, it has refrained from doing so on this occasion.

Support for LPDDR5 at 3200MHz remains the same for both chipsets, and so does the total memory bandwidth, at 51.2GB/s. The triple 14-bit Spectra 580 image signal processor also remains consistent between the two silicon, and there is no difference between the maximum supported cameras either.

Where we could find some differences between previous-generation chipset releases from Qualcomm, here, there are only two. The clock speed of the single Kryo 680 core based on the Cortex-X1 running in the Snapdragon 888 Plus operates at 2.995GHz, while the same core in the Snapdragon 888 runs at 2.84GHz. That is a measly increase of 5.2 percent, and the majority of the time, you will hardly find any redeeming differences between the two.

The rest of the clock speeds remain the same, and in case you want to know the complete details, that info is given below.

According to a specifications leak, the Galaxy Z Fold 3 is expected to feature a Snapdragon 888, not Qualcomm’s newly announced SoC. It is possible Samsung did not find a reason to pay a higher cost of the Snapdragon 888 Plus for diminishing returns. It is also likely that Qualcomm did not see any advantage in introducing more differences between its chipsets when it comes to CPU and GPU clock speeds as it would have resulted in unnecessary power consumption, heat generation, and by extension, performance throttling.

Also, since we are in the second half of 2021, Qualcomm likely wants to focus its resources on the upcoming Snapdragon 895, which is said to be the first chipset from the company to be made on Samsung’s 4nm node. The first flagship smartphone bearing new SoC will reportedly launch later this year, and with the unveiling, we could see noteworthy performance and power efficiency improvements.

Looking at the difference between the Snapdragon 888 Plus and Snapdragon 888, do you think it would be wise for Qualcomm’s partners to go with the faster silicon despite those negligible differences? Share your thoughts down in the comments.