Qualcomm’s Snapdragon X60 5G Modem Is Made on the 5nm Process, and Can Achieve a Max. Download Speed Threshold of 7.5Gbps 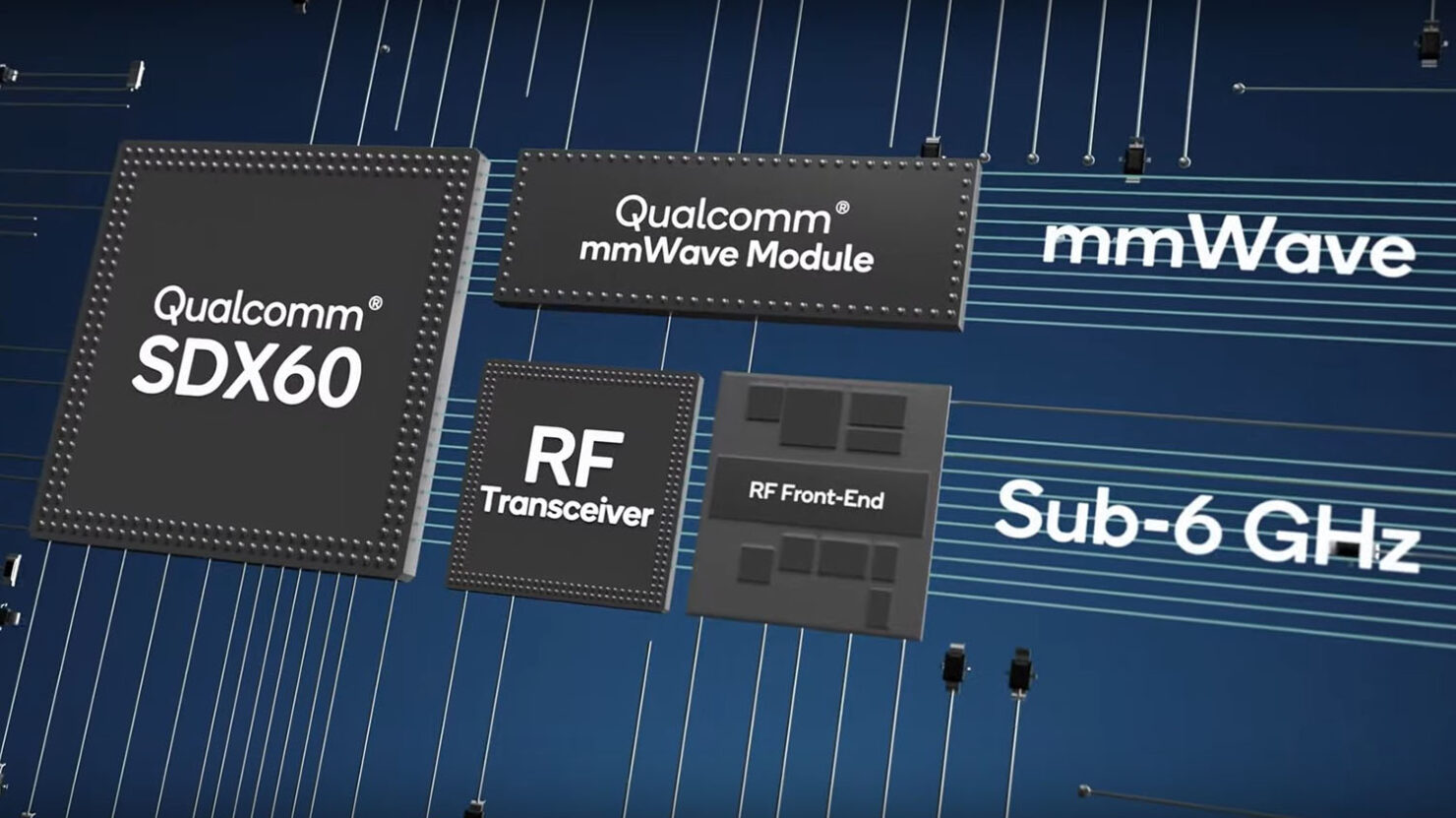 The Qualcomm Snapdragon X60 5G modem is only the company’s third high-end baseband chip released for smartphones, the previous two being the Snapdragon X50 and the Snapdragon X55. The company has now disclosed details that this is the first modem to be made on the advanced 5nm process and will utilize a number of technologies in order to deliver on those blazing fast 5G connectivity speeds. Also, it will be able to keep this up while maintaining a high degree of efficiency, at least according to the company.

The latest 5nm 5G modem will make these speeds possible thanks to the addition of new mmWave antenna modules. The entire packaging is going to be slim too, thanks to the new QTM535 module. This means that lucrative partners such as Apple will be pleased to see this development, seeing as the company reportedly complained that the Snapdragon X55 sports too large of a physical profile and that it’s exploring a way to bring its own and compact 5G modem to the iPhone 12 range later this year.

However, we shouldn’t take Qualcomm’s word for it immediately, because the chipmaker hasn’t compared its new QTM535 module against the Snapdragon X55’s QTM525 module. That being said, looks like we’ll have to wait and find out more details and see if Qualcomm’s claims are true, though the company says that it isn’t sharing dimensions at this current time.

Another detail the company isn’t sharing is the presence of the Snapdragon 865 Plus, which is said to arrive in Q3 2020. Perhaps it would be a terrific idea to pair the upcoming SoC with an embedded Snapdragon X60 modem to make things much simpler and efficient for phone manufacturers. Looks like time will tell how things will play out. If you want more details surrounding the Qualcomm Snapdragon X60, you can click on the source link below to find out.