Earlier this month San Diego chip giant Qualcomm officially launched a binned variant of its high-end Snapdragon 855. This variant is dubbed as the Snapdragon 855 Plus, and it will power gaming smartphones. Some reports even suggest that Samsung's upcoming Galaxy Note 10 will feature the chip, but we'd advise you to wait for more information to surface on this before taking anything as set in stone. Today we've got a Snapdragon 855 Plus benchmark which falls in line with what we'd expect from the SoC given earlier information. Take a look below for more details.

As we're about to exit July, several flagship gadget launches are headed our way. Samsung's Galaxy Note 10, Apple's iPhone 11, Google's Pixel 4 and Asus' ROG Phone 2 will soon be official. Of these gadgets, the ROG Phone 2 is confirmed to feature the Snapdragon 855 Plus, while, as mentioned above, the Note 10's future isn't clear. Perhaps Samsung will quip the larger Note 10 Plus with the processor.

Today's benchmark for the Snapdragon 855 Plus is courtesy of GeekBench, with the chip powering the Black Shark 2 smartphone. The Black Shark is a gaming smartphone series that competes with Asus' ROG Phone and Razer's Razer Phone. Qualcomm's latest chip scores 3623 points in single and 11,367 points in multi-core tests, putting it right at the top of the smartphone food chain. These scores reflect an earlier leak for the ROG Phone 2. 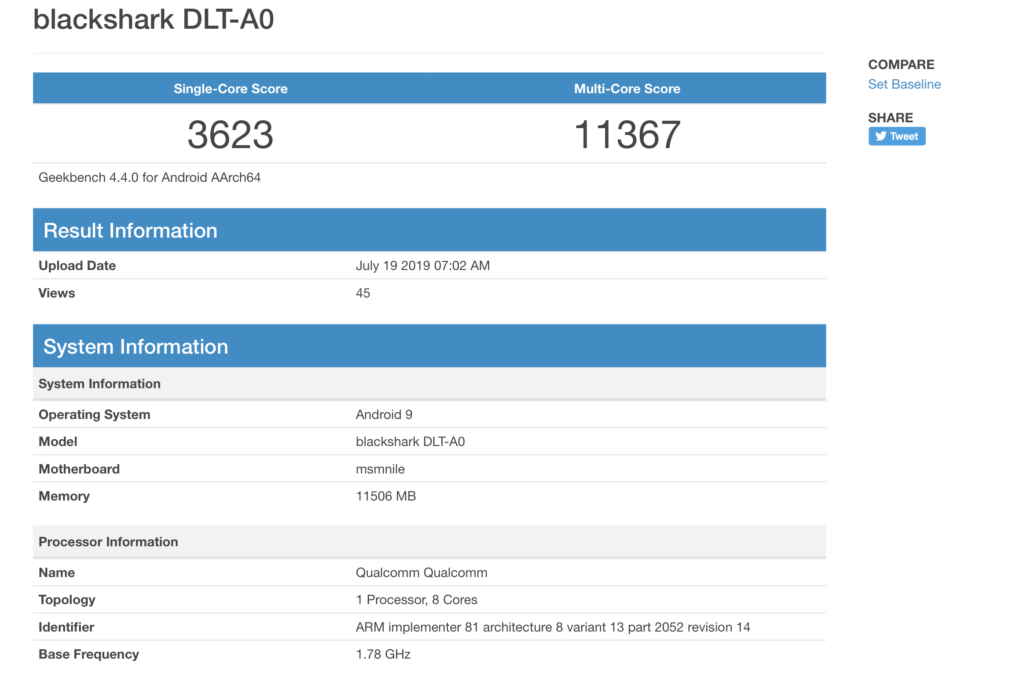 The Snapdragon 855 Plus doesn't change much over the regular 855. Qualcomm's Kryo Gold 485 core's frequency is increased by 4.2%, and the Adreno 630 GPU witnesses a 15% speed bump. The Snapdragon 855 focuses more on image processing and neural computations, owing to a larger die area allocated to these functions. Therefore, there's little that Qualcomm can do to optimize the chip specifically for gaming smartphones. Then again, modern games use more than simply the CPU, so maybe the upgrades will be worth it.