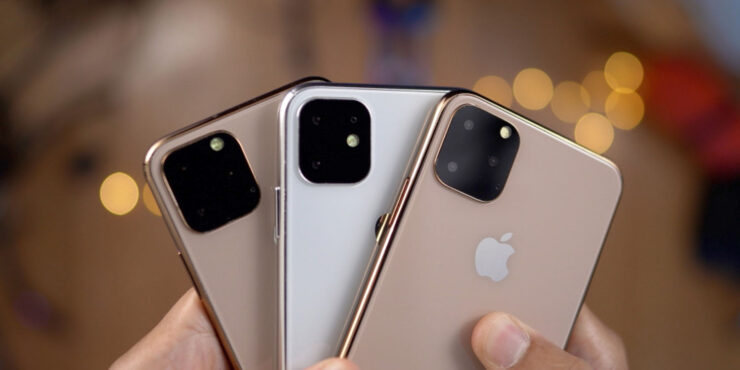 As we get closer and closer to Apple finally launching its iPhone 11 lineup this year, some realistic models of all three models arriving this year become a part of yet another hands-on. The last hands-on we reported about was covered by popular technology reviewer MKBHD, and he has some mixed feelings related to the design. The latest one gives us a closer look at the key changes that one should expect from these three models.

This time, 9to5Mac got their hands on some realistic iPhone 11 models which include the iPhone 11R, iPhone 11, and the iPhone 11 Max. According to the reporter, Jeff Benjamin, the dummy models fit inside the latest cases just fine, and the square camera hump at the back isn’t as much of an eyesore as one would expect. Still, we can argue that it might take some getting used when you admire the backside of any iPhone 11 model.

Just like the previous hands-on video, there’s no visible change between the dummies show in the latest gallery. The LED flash is present on the right side for the iPhone 11R, while it is located on the top-right corner for the more expensive models. Even though the iPhone 11R features a dual-camera setup at the back as opposed to the triple-lens hardware for the iPhone 11 and iPhone 11 Max, the cheaper model still features a square hump.

Apple could keep this design in order to maintain production consistency between the three models, and also because the iPhone 11R doesn’t look like it’s the odd one out of the group. The cheaper model will still inherit the important features of the iPhone 11 and iPhone 11 Max, ranging from the advanced 7nm A13 SoC, faster Face ID unlocking, reverse wireless charging, and the same primary RGB sensor and telephoto lens present on the remaining two models.

From the looks of it, what the iPhone 11R could miss out on is a more vivid OLED display with a higher resolution and possibly different build materials. Apple might also incorporate less RAM in the iPhone 11R to keep down costs, along with a few more changes. However, all of these elusive questions and more will be answered after the company’s keynote that’s expected to be held during the month of September. After that, we’ll have a lot more concerning the differences between all three models.

9to5Mac has also posted a hands-on video of the three iPhone 11 realistic models, so check that out below.