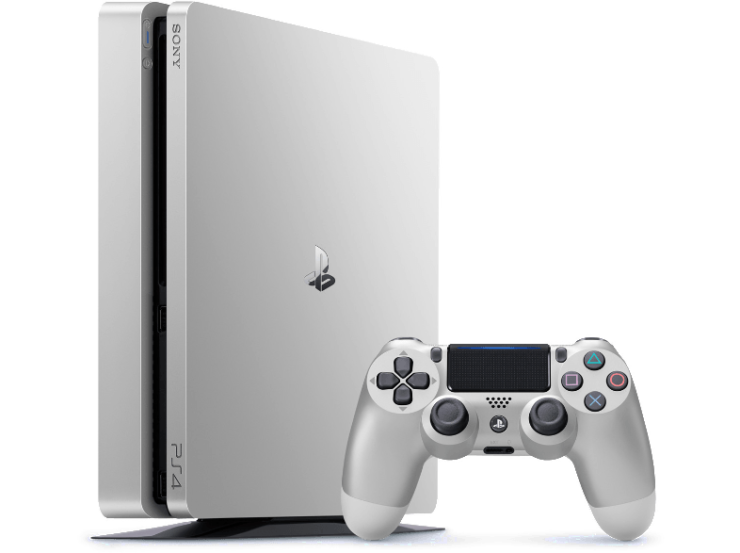 We've told you last week about the Gold PlayStation 4 console and DualShock 4 controller, which became official today when Sony Interactive Entertainment America (SIEA) announced it via press release. The console will be available for a limited time only (between June 9th and June 17th) at the special price of $249; there will be other sales on games and accessories during the same time, though no specifics on those are available yet.

However, those wannabes PlayStation 4 gamers who would prefer a silver PS4 will apparently get their chance as Media Markt just listed one. There's no confirmation yet for the silver PS4, but Media Markt is one of the biggest European retailers and they have a bunch of pictures from all sides - it's hard to even imagine this could possibly be a fake.

So far, we've had a few limited edition silver PS4s such as the ones made to celebrate the launches of Dragon Quest Heroes or Batman: Arkham Knight, but these were all extremely limited bundles.

In related PlayStation 4 news, Sony announced some interesting facts just yesterday. Apparently, the 60 million owners average something like 50K years of gaming every week. Moreover, they've highlighted how the PlayStation Store is now the number one retailer of PlayStation software worldwide, which makes sense when you consider that almost one-third of Horizon: Zero Dawn's sales were digital.

We should learn much more about Sony's future PlayStation plans during their E3 2017 Media Showcase, scheduled for Monday, June 12th at 6PM PT/9PM ET/2AM GMT at the Shrine Auditorium in Los Angeles. Stay tuned on Wccftech, as we'll be working feverishly to bring you all the latest updates and announcements from the industry's biggest convention.