Should You Install iOS 13 Beta on Day One? What Users Should Know 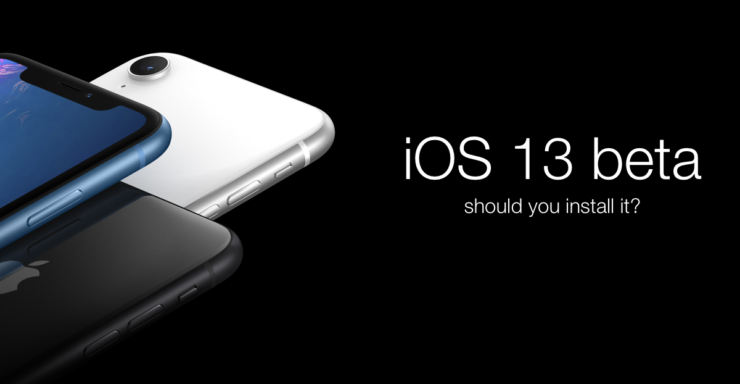 Wondering whether or not you should install iOS 13 beta on iPhone or iPad on day one? We'll answer that question with a bit of precaution.

We are a mere few days away from iOS 13 beta along with the full run-down of what the new software update will bring to the table, courtesy Apple's opening WWDC 2019 keynote. The former portion is what fans are going to be most excited about - installing iOS 13 beta - and it's understandable, too. An itch to try out new software is never going to go away and we too lie in that behavior spectrum.

However, there are a few things you must consider before you jump right ahead to try out the new software. First and foremost, if you are planning to install iOS 13 beta, then you have to realize that this is going to be a very, very early build of the software which is going to be plagued with bugs and performance related issues. This is no secret at all that these things happen. It happened last year, the year before that and so on.

In fact, I'll go as far as saying that there is a chance that some features announced on stage might not even make the cut in the initial software release and you'll only find placeholders for it throughout the OS. If that happens, don't act surprised at all.

Secondly, and this is something which everyone should hardwire into their heads, beta software will never work nicely with your existing apps. So if you install iOS 13 beta on day one and realize that half of your go-to apps aren't working, well, it's no big surprise either. Those apps haven't been updated, and won't be properly, until or unless the final build of iOS 13 is out in the wild some time later this year.

In a lot of cases, first-party apps are broken too, including system apps like Messages, Photos, Contacts, Notes etc. You must realize this completely before you go ahead and install iOS 13 beta. We can't stress enough on the fact that you are signing into a world of bugs. If you really want to try out the software for a few days just to see what Apple has in store for us, then you may proceed. But in all honesty, I will not recommend installing iOS 13 beta on day one at all. Just wait for a couple of betas to release first then jump onboard the hype train.

However, if you have a spare iPhone or iPad lying around for the very purpose of testing betas and those devices are not your daily drivers, then it's a no-brainer to dive right in to try out the new beta software.

Last but not the least, if history is going to truly repeat itself, then you might not have to spend $99 to get access to the beta. Apple will most likely make iOS 13 beta available to everyone as a public beta. You can sign up for it here once the page goes live.