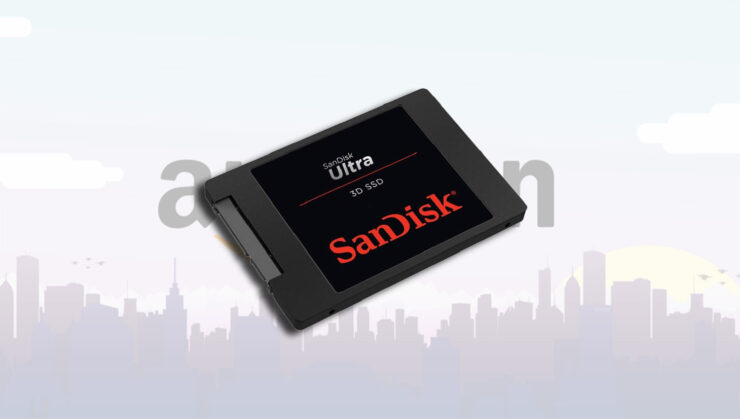 There is no greater feeling than experiencing an enormous speed boost thanks to installing a brand new internal SSD. SanDisk’s Ultra 3D NAND internal solid state drives can be outfitted into both desktops and laptops (those models that possess a 2.5-inch drive bay) but what’s even better is that on Amazon Prime Day 2019, these SSDs have been discounted immensely to the point where even the 2TB version looks like a bargain.

SanDisk’s Ultra 3D NAND SSDs are available in the 250GB, 500GB, 1TB, and 2TB capacity models, giving you a lot of choices to get started. Also, the company claims that its 3D NAND technology provides increased endurance to help your SSDs last much longer while also using less power in both idle and load states. Coming to the speeds, 2.5-inch SSDs max out at 550MB/s and there is nothing different about SanDisk’s offerings during Prime Day 2019.

Sequential read speeds of 550MB/s and write speeds of 525MB/s can be experienced and on top of that, you also get a limited 5-year manufacturer warranty, meaning anything that happens to these drives in less than half a decade, you’ll be taken care of. Whether you want to make this your primary drive for booting purposes or a secondary option for storing programs, rest assured, speed and reliability is going to be the least of your worries.