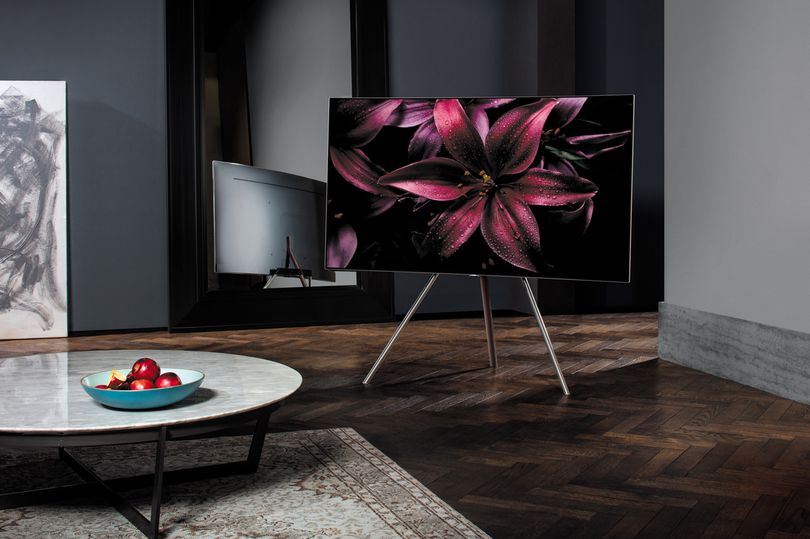 Samsung claims its new QLED TV is better than OLED

Following LG, Samsung took to the stage at CES 2017 to unveil its new TV lineup - the QLED TV. The South Korean tech company said it's ushering "in a new era in home entertainment with QLED TV". This new and improved type of TV technology promises better picture quality and brightness that doesn't have to be compromised regardless of how wide the viewing angle may be.

"The new Quantum dots allow Samsung QLED TV to express deep blacks and rich detail regardless of how light or dark the scene is, or whether the content is being played in a brightly lit or darkened room," the company said.

QLED TVs take a quantum dot layer and wrap it in a metal alloy to make colors more accurate and improve viewing angles. The new TV technology works by placing this layer of quantum dots in front of a regular LCD backlight panel - this layer is made up of nanocrystals, which emit their own individual colors. Remember, these nanocrystals still need backlighting as they don't self-emit light. It just means that QLED screens are able to close the gap between LCD and OLED, which helps in producing the deepest blacks.

Lighting also sets these two techs apart, as quantum dot TVs rely on an LCD backlight, while OLED pixels each produce their own light. We will have to wait for the technical analysis of these new TVs, but Samsung says this way of lighting a picture improves color, contrast, and viewing angles.

"Samsung’s QLED TVs deliver today’s most remarkable picture, with stunning brightness, the deepest black levels, and most of all, pure and rich colors, thanks to our new Quantum dot technology."

The QLED TVs can reach a massive peak brightness - between 1,500 and 2,000 nits - which is up from the 1,000 peak from 2016's TV lineup. Samsung has also improved color reproduction with the new series, as QLED TVs handle DCI-P3 accurately, reproducing "100 percent color volume".

This means you not only get a brighter screen, but contrast is also remarkably improved. Samsung's new QLED TVs "can express all colors at any level of brightness - with even the subtlest differences visible at the QLED’s peak luminance," the company said in its press release.

Currently, Samsung appears to be the only manufacturer to use this technology in its TVs as LG, Panasonic and reportedly Sony too, are sticking to OLED.

One interesting feature - not of the screen itself - is the introduction of an "invisible connection cable," which is designed to declutter your living space. This new clear-colored invisible cable runs from the TV to an external breakout box to help you hide them in plain sight without having to fit them behind a wall. Samsung illuminated this cable at the event, but it won't light up when it arrives in your living space. 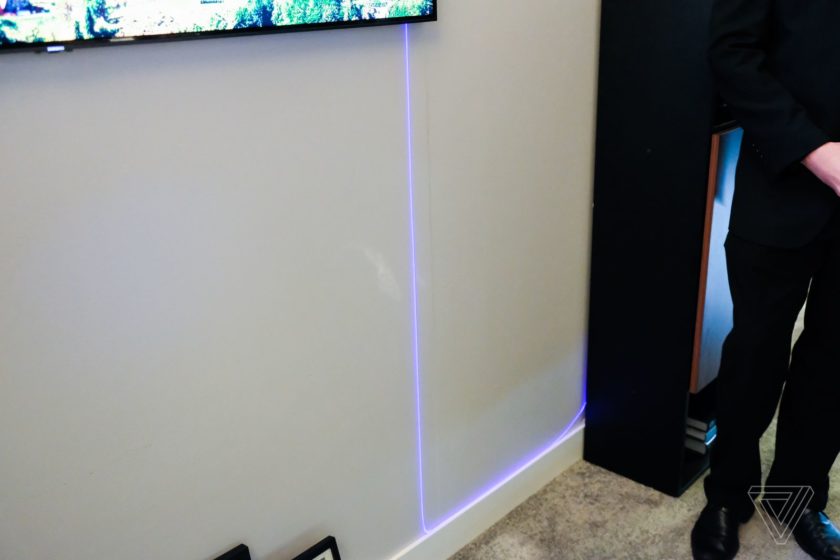 Invisible cables would have been too "simple" for a demo, of course

Another feature of this new series is a new flush design that allows you to mount your Samsung QLED TV right against your wall, with close to zero gap between the wall and TV. This means, when mounted on the wall, it will look more like an art piece than a television. Samsung also offers table-top stands and easel-style floor stands - the latter option would make sure your Samsung QLED TV attracts the attention of everyone. "With our 2017 lineup, the focus remains where it should be - the content on the screen - not everything surrounding it," the company said about the visible cables and thick wall mounts.

The flagship Samsung QLED TVs are available in three models: the Q9, Q8 Curved, and Q7 Flat. The new TV lineup is powered by Samsung's Tizen. The company hasn't shared any details about release date or pricing yet.