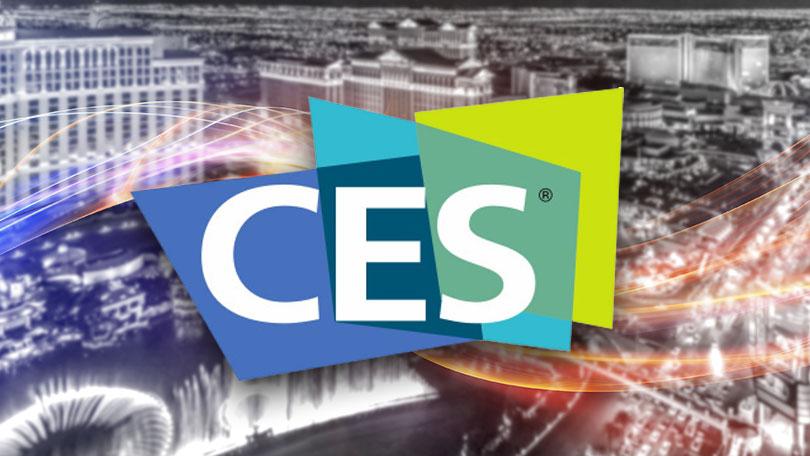 Tech’s craziest trade show is celebrating its 50th anniversary this year, which means if you found CES unbelievable in the previous years, it’s going to get crazier than ever before. Over 200,000 people are going to try and make sense of futuristic technology in Las Vegas later this week. The annual show officially opens today for the press, however, the exhibit space will open at 10am on Thursday, January 5. This is when you will have to sift through crazy, believable, never-going-to-happen, wow-this-is-what-I’m-talking-about kind of technologies that will be showcased on the 2.4 million square feet floor.

The show floor will be jam-packed with tech that is trying to remove the fiction part of sci-fi. However, in this mad rush of technology, it’s easy to lose focus on the big picture or what’s going to rule this year. Crazy technology aside, here’s what we believe will be the major themes of CES 2017.

CES 2017 - the biggest trends to expect this year

CES provides a first glimpse at the future. However, it’s not the sensational products that we are most interested in. While they might give us a peek of things to come, the evolutionary development of already-known products excites us even more as that is what’s going to be a part of our homes, roads, and lifestyle in the near future.

Everything gets an IoT-upgrade: voice-controlled smart home and beyond

In the same vein of tech that is only to get stronger come smart devices. While wearables may have proven to be a flop, smart home tech is only getting more powerful. 2016 brought an increased focused to these devices as some of the biggest security dramas happened thanks to vulnerable smart tech. This year, we not only expect to see companies trying to “smart” every part of our home – and hotels – but also making them more secure.

While Google, Microsoft or Amazon don’t officially exhibit at CES - and they don’t have to - all eyes will be on their ubiquitous smart assistants. OnVocal and GE are announcing wireless earphones and a table lamp, respectively, that are connected with Amazon’s assistant. Google and Microsoft are also expected to show their presence through their assistants paired with third-party products.

With voice assistance coming to every product, also expect to see everyday products getting a smart-upgrade. From table lamps to doorbells and ceiling fans, everything is going to get the “smart” tag, whether they currently deserve it or not.

This might not be a new trend, but following last year when we saw the biggest advancement in the IoT front, we only expect to see it getting bigger, better, and more helpful.

While we may be decades away from seeing robots in every house, we are already working on that front. LG has promised to showcase a new bot that will demonstrate new capabilities for tending to one’s yard and garden. LG’s robot lineup will also include models designed for commercial use in public spaces such as airports and hotels to help improve the traveler’s experience.

Oh, that reminds us – we might be seeing a ton of those walking-stalking bags, trying to IoTize luggage.

Coming back to robotics, London-based Emotech is to unveil a tabletop bot named Olly with its own assistant. Olly will recognize people in a family, adapting its personality to suit each one. Hmm, interesting.

Unibot, a robotic vacuum cleaner, and Cutti, a robot that looks like an iPad on wheels are also going to be the talk of the exhibit, among a number of other startups and companies showing their own bots.

TV has been a constant trend at CES, and it isn’t going to stop being so. It’s a trade show of big, beautiful, curvy, smart(?), and absolutely gorgeous displays. TVs will continue to rule the show floor, with a number of manufacturers trying to beat each other.

4K and HDR might have become an old theme, but tech leaders will now have to talk about content to turn 4K TVs into essential living room products. LG, Samsung, Sony, and Panasonic will be there with their massive, over-the-top booths. Add in the other smaller players like TCL and LeEco, and you will have another TV-battle this year around too.

LG has already announced its 2017 lineup of Super UHD TVs and 4K sets that offer Active HDR with Dolby Vision, and LG’s proprietary webOS Smart TV platform. Rumors suggest that Sony could release its own OLEDs this year, with Samsung talking about the latest iteration of its curved TVs.

Along with hardware, we also expect to see Android TV, Roku TV, Tizen, webOS, and Chromecast having their very own standoffs too.

In recent years, CES has been turned into a “Car Electronics Show.” CES 2017 is expected to be the year of autonomous vehicles and connected cars. Last year, we have seen Uber, Tesla, and a handful of other car makers and new companies working to make self-driving a reality.

Several car makers are going to show off their rides this year. Electric car maker Faraday Future, who already took CES 2016 by a storm, has promised to unveil its first production car, which "will be a premium electric vehicle that combines extreme technology, industry leading range, and holistic design." Extreme technology? Can’t wait to see what it is.

Some companies, like Hyundai, plan to take CES attendees for a spin to experience autonomous driving experience. Nissan, on the other hand, is integrating Microsoft’s Cortana (see, these assistants are taking over our lives!) into its dashboards.

Mercedes-Benz, Ford, Volvo, Chevy, Nissan, VW, and Kia are all going to be at CES 2017 to confirm - yet again - that self-driving cars are coming and coming very soon.

VR was the dominating theme of CES 2016. With smart assistants, connected homes and connected cars expected to steal CES 2017, VR will have to take a back seat. But, it won’t.

We are going to see VR headsets, and a lot of them. ASUS has already leaked its ZenFone AR handset that is set for a January 4 unveiling. This year, manufacturers are going to promise the reality of virtual reality, but it won’t excite consumers like it did last year. Reports suggest that Oculus – a major VR presence – won’t have its booth this year at CES. With VR products already launching left and right, it’s time for these companies to talk about content rather than technology.

Samsung and HTC are reportedly also ditching the 3.5mm connector, and we expect to see a number of accessory and audio companies trying to beat each other with their wireless audio solutions.

While a strong theme in the previous years, 2016 proved that not every tech is going to be mainstream. Apple may boast to having sold millions of Watches, the truth is wearable technology isn’t being adopted by masses as it should have been. Smart home and connected cars, difficult to adopt considering security concerns, are taking over the trend of wearables.

Manufacturers are saying farewell to Android Wear, Fitbit – a leader in this segment – also didn’t have a strong holiday season, and Pebble is selling off its assets. We don’t expect to see wearables making a “stronger than ever” comeback. With focus shifted on other, trendier technologies, it will be even difficult for wearable makers to attract any consumer attention.

But, that has never stopped companies. We will be seeing a number of weird technologies that promise one thing or the other. One positive sign in this category could be smart glasses. While Google failed terribly at this, Snapchat’s Spectacles took excited millennials like no other last year. Would this instill more confidence in startups and other companies to bring up their own smart glasses? We will be following this particular category to see how strongly Spectacles have affected the growth of a previously-dead technology.

Not much about Phones...

There are going to be phones by some manufacturers this year at CES, but don't expect anything groundbreaking. Usually, the big guns are shown off at Mobile World Congress, so expect very little, yet noticeable, product announcements on the show floor.

As mentioned above, ASUS will have its presence at CES, along with, hopefully, some household names such as Samsung, LG, Huawei, BlackBerry, ZTE, and Sony. Huawei and Xiaomi are also confirmed to be bringing their smartphones to Las Vegas, but there won't be any exciting, breakthrough products to talk about. Negligible bezels - yes, but for more, we will have to wait for February's MWC in Barcelona.