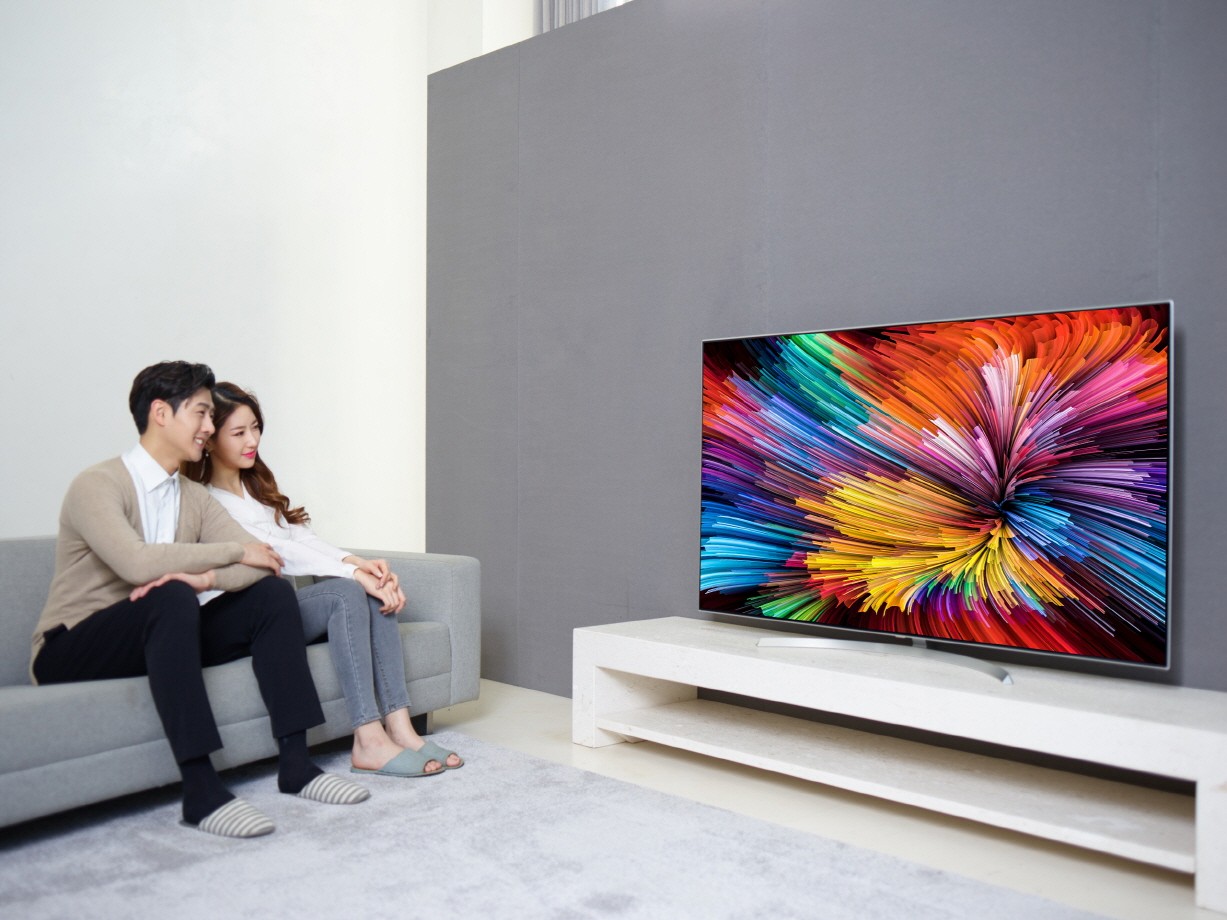 Yet another TV battle has just begun...

Taking a direct hit at its rival, LG announced its next generation of LCD TVs earlier today. CES has long been a battle between TV manufacturers. But, with TVs being everywhere at the show floor, it becomes easier to lose focus and difficult to differentiate between different offerings. For years, Samsung has ruled the event in Las Vegas. But with 4K TV series still failing to generate enough content for users to really start caring about, companies are now coming up with different specs, technologies, and technical lingo to attract consumers.

Nano Cell LCD tech, that LG's third generation of Super UHD TV lineup has employed, is a variation of Quantum Dot tech. LG says these Nano Cell LCD panels "employ uniformly sized particles approximately one nanometer in diameter." This essentially means that as you change the viewing angle, colors would stay same even at the wider angles as opposed to traditional LCDs that tend to lose accuracy. The South Korean tech giant claims that there is virtually no color difference for viewers who are seated directly in front of the screen and those watching from a 60-degree angle.

Another key feature of Nano Cells is that they are able to absorb surplus light wavelengths, resulting in distinct and more accurate color reproduction. If this feature list wasn't enough, LG also said that its new Super UHD LCD TVs reduce issues such color fading and image instability. The company added that its upcoming lineup will carry a Technicolor Expert Mode, designed by Hollywood's legendary color technology company to deliver colors that look close to how their creators intended them to look.

Apart from this, the new TVs - as is now a routine - come in an incredibly slim form. LG's Super UHD 55-inch SJ9500, for example, is only 6.9mm deep at its thinnest point. The new TVs all come with LG's latest version of webOS 3.5, Magic Zoom, Magic Link for instant recommendations, and Active HDR, which promises to always deliver the best picture, regardless of the type of HDR data in the content.

LG is introducing its Nano Cell technology in nine Super UHD TVs for 2017. These are spread across three ranges: SJ9500, SJ8500, and SJ8000. The company will share more details about pricing and availability of these new 4K TV series later this week at CES.