When Apple launched the iPad Air 2 last year, it managed to surprise most of us with the thickness and the performance of its tablet. The iPad Air 2 was vastly appreciated all around and stood at a mere 6.1 mm when it comes to overall thickness, which made it one of the thinnest tablets around to own. That coupled with the tri-core Cyclone A8X beast of a processor under the hood made the iPad Air 2 a very solid offering indeed for someone with deep pockets and sound judgement of an amazing device. 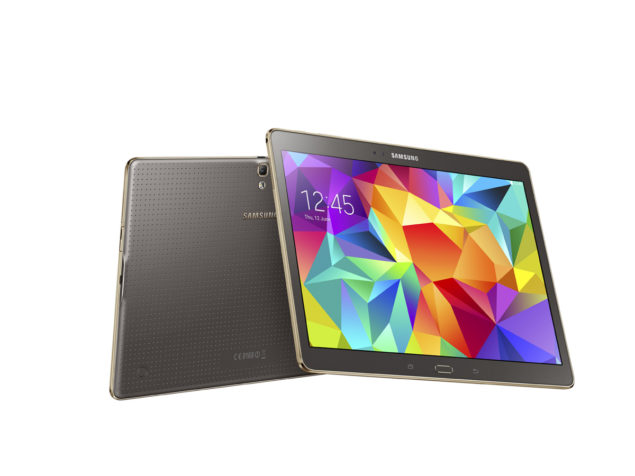 Looks like Samsung's got big plans for this year, with the company looking to target what many consider its arch rival in smartphones, Apple in more than one ways. Asides from the much hyped about Galaxy S6 launches coming next month from the Korean manufacturer, Samsung also seems to have a successor for the Galaxy Tab S. Samsung insider Sammobile has some scoop about the Tab S' successor today, and allegedly, the tablet will be built to impress and steer you away from Apple.

The Korean manufacturer is looking to give a premium touch and feel to the Galaxy Tab S2 with the device being said to come with an all metal frame. In addition to this, the tablet will also be thinner than the iPad Air 2. As to what the battery and processor capacities on the Galaxy Tab S2 will be, we suppose its still too early for any concrete information on that. The tablet will also be coming with two screen sizes - namely 8 and 9.7 inches. This decreases the overall screen size from the current Galaxy Tab S, which comes with screen sizes of 8.4 inches and 10.5 inches. Sounds interesting, but its still too early to get all hyped up. Lets just wait for the Galaxy S6 to see what Samsung has in store for us.