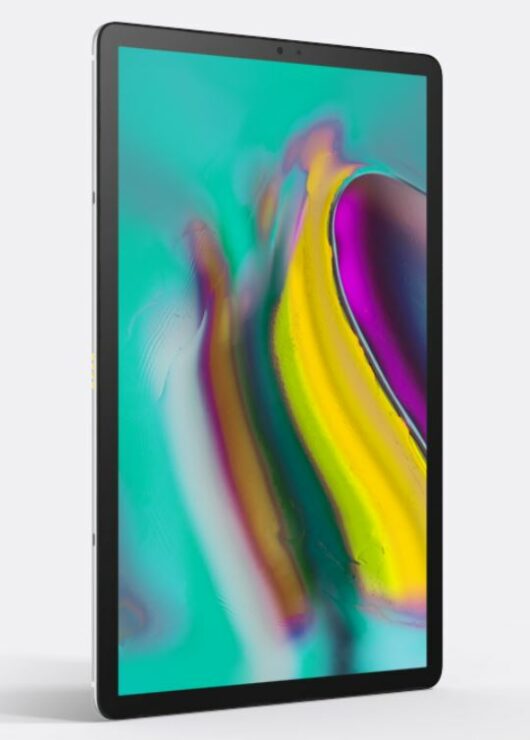 The Galaxy Tab S5e was touted by many to be a copy of the latest iPads. It turns out that the design principles aren't the only thing the tablet shares with Apple products. The iPhone 4 was plagued with signal reception issues due to improper antenna placement. When asked about it, Steve Jobs famously replied, "You're holding it wrong", much to everyone's annoyance. The phrase has since then become a meme in the tech community and we saw it resurface in the form of "you're folding it wrong" when Samsung's Galaxy Fold tablets begin going belly up en masse.

The Galaxy Tab S5e has a particularly annoying design flaw which results in users losing WiFi connectivity when using it in landscape mode. Several users have reported their Wi-Fi access being shut off altogether when the lower-left corner of the device is covered with a hand.

Sammobile stumbled upon an Instagram user who complained about the WiFi cutting off due to 'improper' hand placement. Flipping it around or using it in its portrait orientation seems to fix the problem. Sammobile conducted further tests on their own Galaxy Tab S5e and found that covering the WiFi antenna doesn't make the tablet lose signal altogether. But, there is a noticeable decrease in speed and signal strength and that's unacceptable.

All things considered, the Galaxy S5e is a decent tablet in its own right. It is reasonably priced and has all the bells and whistles one would expect out of a tablet. But, the poor antenna placement will very likely be a deal breaker for many because this isn't an issue that goes away with a software update. The only course of action here is to recall all units, fix the antennas and reship the final product back to the affected users (along with a "we're sorry" note). But, that ain't gonna happen so we're just going to have to hold it 'correctly'