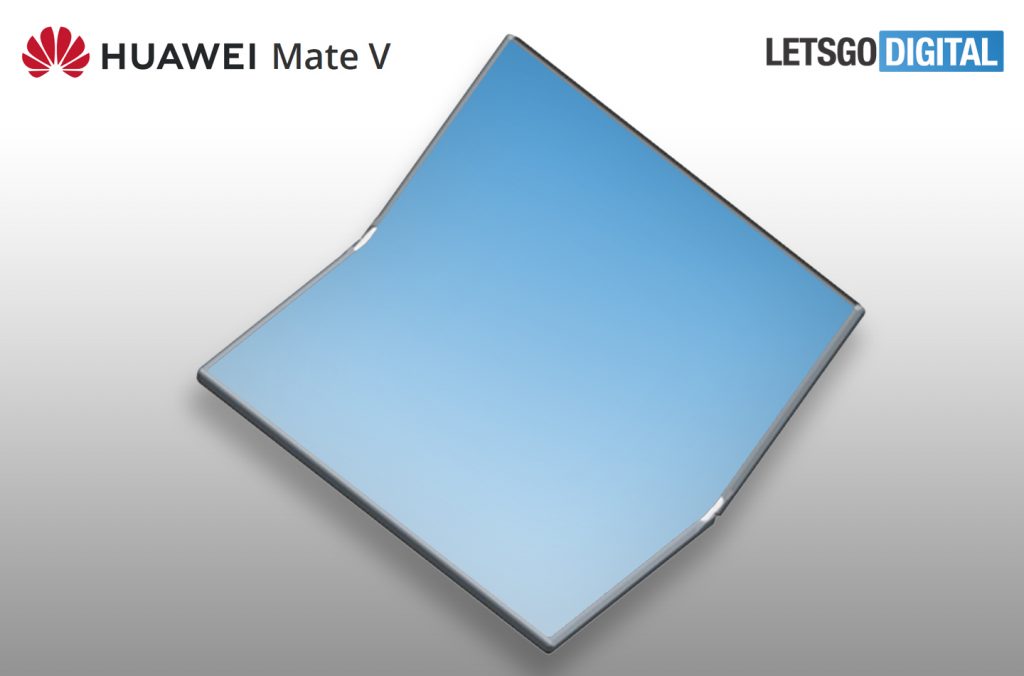 People are still polarized pertaining to their decisions towards foldable smartphones. However, since last year, foldable technology has come pretty far. However, there still rests a prominent crease at the point where the display folds. Huawei was one of the first to introduce a foldable phone and its display folded outwards. It looks like the company is shifting away from this approach as we hear that the company's upcoming Mate V will fold inwards.

We're expecting Samsung to announce its upcoming Galaxy Fold 2 and Galaxy Z Flip 5G later this year. Huawei is taking on the latter and its upcoming foldable is allegedly dubbed as the Mate V. As per reports from LetsGoDigital, Huawei filed a patent on July 3, 2020, at the EUIPO or European Intellectual Property Office for the brand name 'Mate V'. 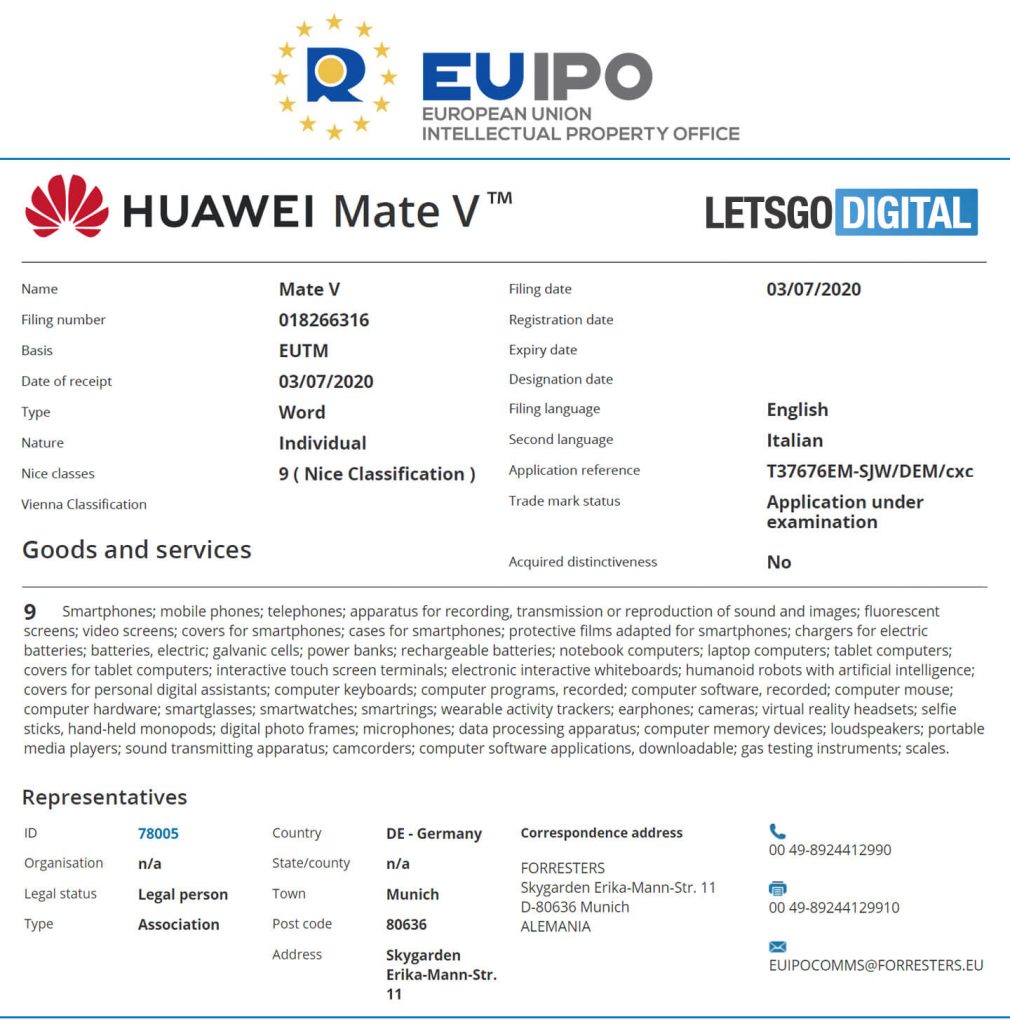 The Class 9 trademark includes a range of electronics and the company did use a single letter moniker for initial foldable smartphone - the Huawei Mate X. Other than this, the Mate S was the company's first pressure-sensitive smartphone. Henceforth, we presume that the Mate V is Huawei's upcoming foldable smartphone that folds inwards, much like the Galaxy Z Flip and the Motorola Razr 2019.

The smartphone is expected to arrive later this year with a Mate V name. Huawei also has plans to release a foldable phone that resembles the folding mechanism of the Galaxy Fold 2 with an inwards folding design. Take note that at this point in time, it is only a trademark and the final word rests with the company. 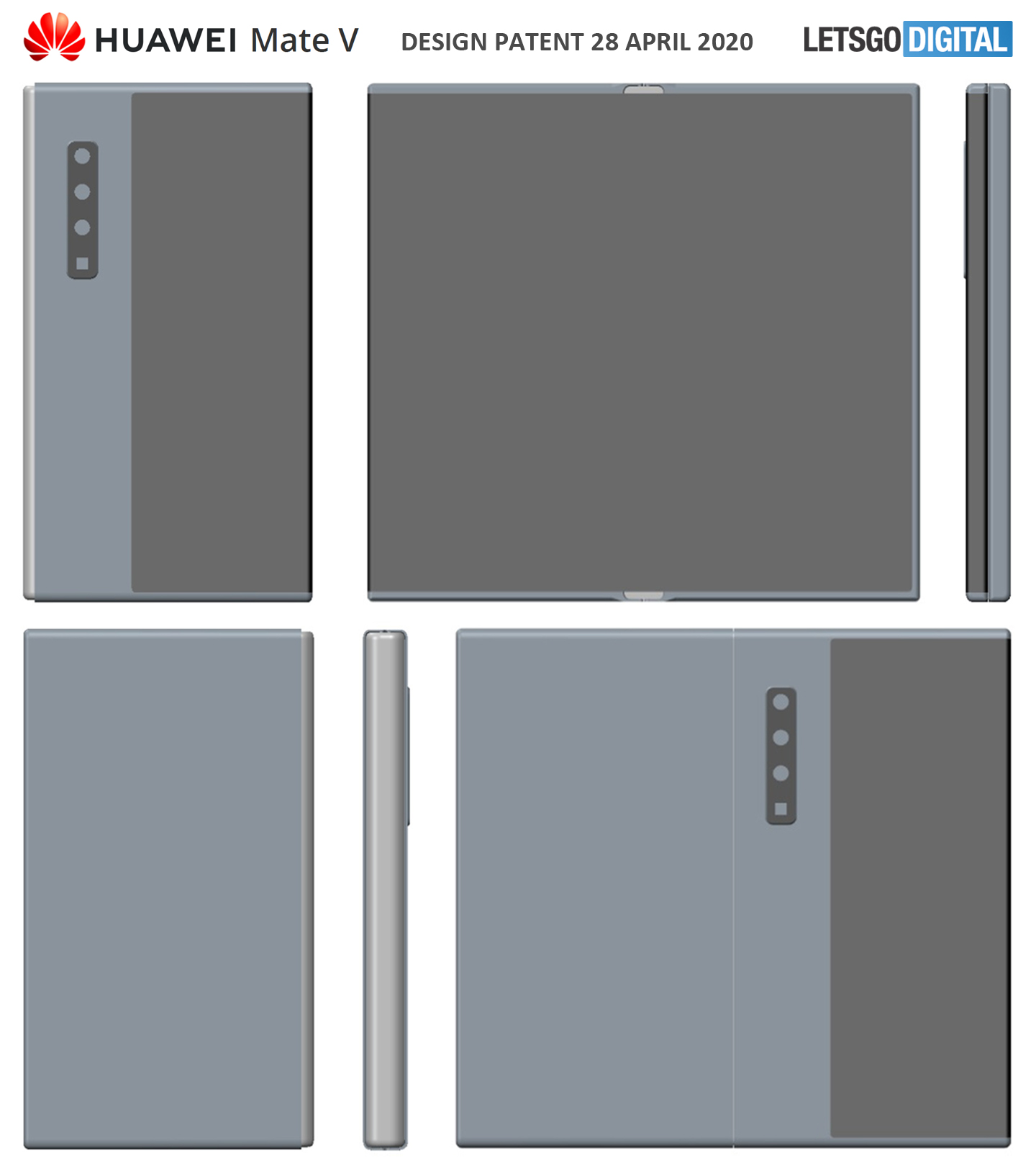 Companies often file for patents and trademarks to acquire it so others can't work on it. It is possible that the Mate V might never see daylight at all. However, Mate V already has competition from Motorola and Samsung, so this might be the right time to make a move.

In my point of view, displays that fold inwards make more sense since they are always protected from accidental damage. However, it has its own quirks as well and people might agree or disagree in that regard. What do you think about the inward-folding Mate V from Huawei?