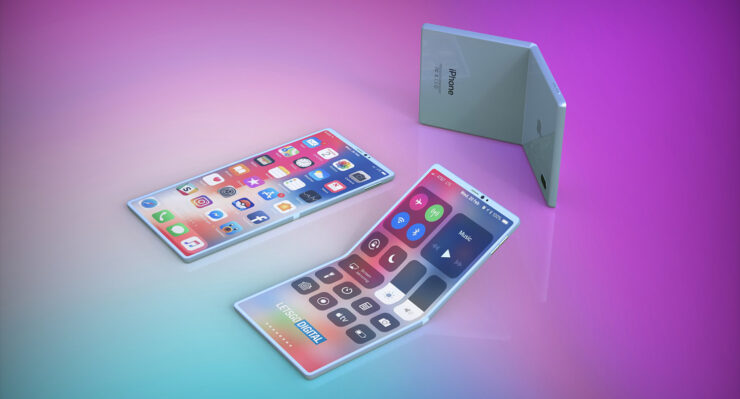 Samsung has released the second generation of its foldable smartphones, namely the Galaxy Z Fold 2 and Galaxy Z Flip. The smartphone is nothing but praises and that's mostly because there is little to no competition. We're all waiting for Apple to release its foldable iPhone but the product seems to far away from the launch at this point. However, it does not mean that the company is;t putting an effort into it. According to a new patent filing, Apple is working on a foldable iPhone with a self-healing display.

When Samsung first launched the Galaxy Fold, it was recalled due to a design flaw in the hinge that allowed dust to enter under the display. The company then released a new hinge mechanism which was not only strong but featured extra layering to prevent dust from entering. Henceforth, the durability of the foldable iPhone is one of the major factors that Apple has to take into account.

A new patent filed by USPTO describes how the foldable iPhone could "heal" itself from everyday wear and tear. As mentioned earlier, the durability of a foldable display holds significant importance. Apple is potentially working on durability to prevent damage to the display due to folding cycles. The new Apple patent describes how the potential damage can be minimized. The patent is titled "Electronic Devices With Flexible Display Cover Layers" that describes how "the display may include a display cover layer with a flexible portion." Here's what it reads:

In addition to this, the process of self-healing of the foldable iPhone display can be increased through external factors such as applying heat, light, electric current, or other stimulating elements. The display is said to feature three parts which include two regular panels, a fixed screen, and a rotating mechanism.

What this means is that apart from the actual display on the foldable iPhone, there will also be certain layers to protect the panel. However, it is not entirely clear how the self-healing aspect will be presented but the patent envisions that the healing process could be implemented and scheduled at regular intervals or when the device is being charged. 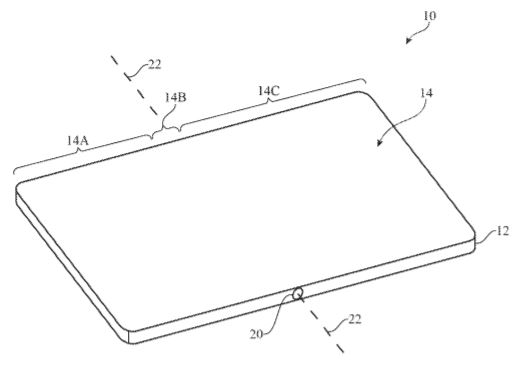 There's no doubt that Apple files a lot of patents. However, it is not always certain that the products will ever see daylight. Nonetheless, we can presume that the foldable iPhone is in the works since it already has competition from Samsung, Huawei, and more. What do you think about a foldable iPhone? Would you want to buy one? Let us know in the comments section below.