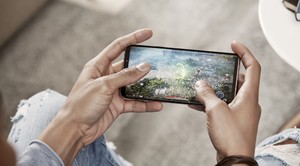 ARCore is Google’s new augmented reality platform. It is a sequel to Project Tango, which was deprecated in December last year. ARCore intends to pick up where Project Tango had left off. The primary difference between the two was that Tango required dedicated hardware, while ARCore focuses more on software and relies on the existing hardware. For example, ARCore’s motion tracking uses the camera of a phone to identify points and it tracks how those points move over time. ARCore determines the position and orientation of the phone as it moves through space using a combination of the movement of these points and readings from the phone’s inertial sensors.

Last year, Google launched a preview of ARCore for select devices such as the Samsung Galaxy S8 and Galaxy S8+, Galaxy Note 8, Google Pixel and Pixel XL, Google Pixel 2 and Pixel 2 XL. The final version, ARCore 1.0 was launched last month, and it is now supported on more devices such as the OnePlus 5, Galaxy S7/S7 Edge, ASUS ZenFone AR, and the LG V30/V30+ (on Oreo). ARCore 1.0 allows developers to publish AR apps on the Play Store with ease. Google has also stated that it’s partnering with several device makers to enable ARCore in new and upcoming phones in 2018. Some of the companies include the likes of Samsung, Huawei, LG, Motorola, ASUS, Xiaomi, HMD Global/Nokia, ZTE, Vivo, and Sony.

ARCore isn’t currently supported by the Samsung Galaxy S9 and the Galaxy S9+ yet, as they're relatively new devices. However, this is all set to change, as indicated by a comment from the ARCore team on the official ARCore Github states: “Support for the S9 and S9+ will be added in the next release, which should be released in the coming weeks.”

This is good news for the adoption of the ARCore platform, as developers can now use the new and improved hardware of the Galaxy S9 and S9 Plus to create a wide range of augmented reality apps ranging from gaming to shopping. ARCore is still budding and it'll be a while before it's widely adopted across all devices. For now, we're glad that it's gaining traction, and hope that it can find its way into every Android device soon.