Samsung Offering Galaxy Buds Pro, Smart Tags as Bonuses, but Only if You Pre-Order the Galaxy S21 Ultra 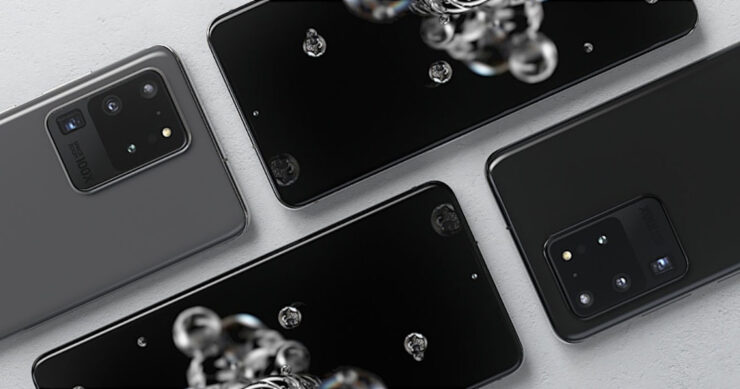 Even before Samsung announced its Galaxy S21 Unpacked launch event titled ‘Everyday Epic,’ it was rumored that the manufacturer would offer Galaxy Buds Pro as a pre-order bonus to early adopters. We’re now finding out that alongside those true wireless earbuds, Samsung will also offer its Smart Tags, but there’s a catch. You’ll have to secure the most expensive Galaxy S21 family member, which is the Galaxy S21 Ultra.

Early Adopters of Galaxy S21, Galaxy S21 Plus Will Still Get Pre-Order Bonuses, but It Won’t Include the Galaxy Buds Pro

A fresh update from the tipster known as The Galox mentions pre-order bonuses, including the Galaxy Buds Pro and the Smart Tags if you’re one of the Galaxy S21 Ultra's early adopters. Though the model is sure to be one ultra-expensive flagship, thankfully, Samsung has made things a lot easier by offering customers desirable trade-in deals.

For instance, you get $700 of trade-in value if you hand over an iPhone 12 mini; that’s Samsung pretty much absorbing the retail price of the 5.4-inch iPhone that launched a few months ago. To get the same trade-in offer for any Samsung-branded smartphone, you’ll have to present any Galaxy Note 20, Galaxy Note 20 Ultra, or a member of the Galaxy S20 series. Now that’s a sweet deal. Unfortunately, what isn’t sweet is early adopters of the Galaxy S21 and Galaxy S21 Plus not getting the same treatment as those who will pre-order the Galaxy S21 Ultra.

Let me be more clear:

The Galaxy Buds Pro were already on sale on Facebook earlier, though an early hands-on video reveals their sound quality isn’t as great as what the AirPods Pro bring to the table. We’d still advise you not to change your entire decision over a single video and wait for detailed reviews to come through instead. As always, we’ll be here to provide you with all the details on January 14, so stay tuned.