Samsung Taking Over TSMC for Producing iPhone A9 Chips

Reports coming from KGI Securities indicate that Samsung will be replacing Taiwan Semiconductor Manufacturing Company (TSMC) in the production of iPhone chip for Apple. These reports come from the company analyst Michael Liu who has told clients that the Korean tech leader is set to replace TSMC and will be producing the next gen 14nm smartphone chips for Apple and Qualcomm. The change of partnership on the production of chipsets will happen in the second half of 2015. 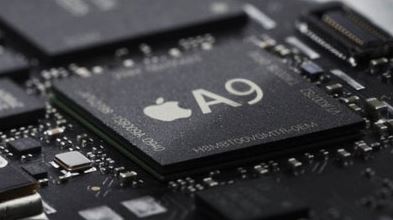 Samsung to produce A9 iPhone chip:

Reported by The Commercisal Times of Korea, Qualcomm has already started working with Samsung for the production of chips. This news has been confirmed by the Economic Daily News too who have mentioned that Qualcomm has already placed orders with Samsung. Samsung will be responsible for producing the next-gen A9 chip which might be fitted into the 2015 iPhone and later. TSMC CEO, Morris Chang, has suggested that TSMC will be back in 2016 in the partnership indicating a future deal with Cupertino tech company.

Samsung has long been responsible for producing processing units for Apple's iPhone series. However, following some long patent issues and court cycles, Apple ended the arrangement with Samsung and replaced it with TSMC for the production of the A8 chip that will be used in this year's iPhone 6.

It isn't shared what has caused this bounce back towards Samsung but considering the long partnership between the two companies, Samsung may have gotten some big share back from TSMC using its sources inside the company and influence over the years.

Apple Closing a $12.8 Billion Deal with LG and Samsung for OLED Panels