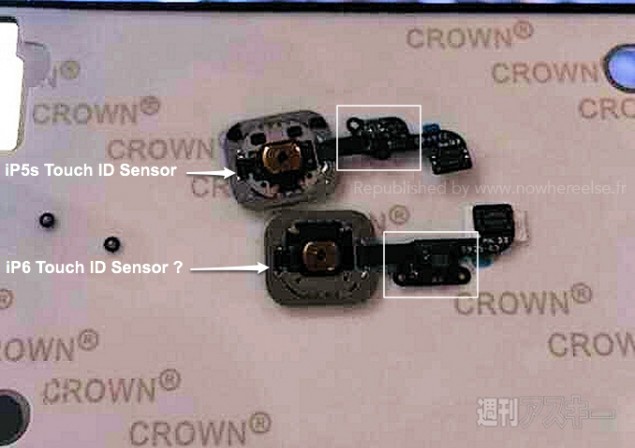 Earlier, we saw some reports that Apple's manufacturing partner, TSMC, had started shipping the first batch of the Touch ID sensors for the iPhone 6, iPad Air 2, and the iPad Mini Retina. However, it cannot be confirmed if these iPhone 6 Touch ID scanner component images are actually legitimate considering the report itself notes that the leaked components could very well be Chinese copies. 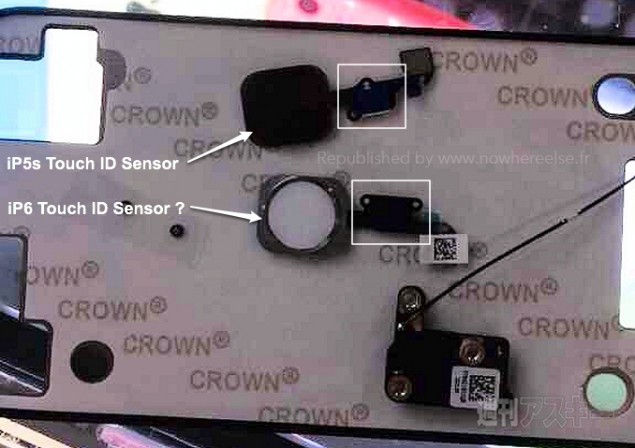 Apple's next-gen iPhone is expected to be launched in two variants of larger display sizes: a 4.7-inch iPhone 6 and another 5.5-inch iPhone 6 sapphire display phone. While the former too is expected to be made with sapphire, some reports suggested that Apple might not introduce both the smartphones with scratch-resistant, expensive glass. Leaks have also indicated that the bigger, 5.5-inch phone will be announced later in the year with more premium specs hitting the Android phablet market dominated by LG G3 and Samsung Galaxy Note.

No Lights On for iPhone 6 Back Cover Logo!