Quite a lot went wrong at Qualcomm this year - the chip maker first lost its one of the biggest consumers in the shape of Samsung and then faced some serious Snapdragon 810 overheating issues. Earlier it was believed that this overheating issue was actually the reason Samsung had to move away to its own, in-house Exynos chip. However, it couldn't have been possible for Sammy to come out with full power and produce such an amazing, powerful and perfect chip in less than a few months. 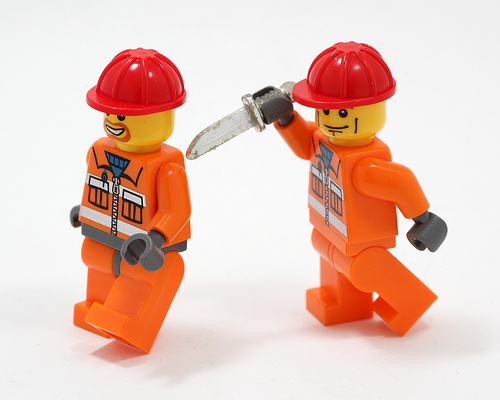 Another report confirmed this by revealing that it was also the huge patent royalties that caused Sammy to stay away from Qualcomm. So what exactly went wrong with the chip maker this year having so many years of dominance and business intelligence / manipulation experience? Was this a tactic from Samsung to give a hint - and a stumble - to Qualcomm that it has to a lot to catch up on and cannot just ask billions of dollars in royalties?

Or did Apple cause Qualcomm stumble?

While Samsung had good reasons to stay away from Qualcomm's Snapdragon 810 chipset this year, it seems this Qualcomm decline was long time coming. While definitely not an end for the chip maker considering a plenty of important patents that it holds and will continue to eat up royalties, this year certainly proved to be a wake up call for the company.

The discussion on this heated issue has never died even though Qualcomm is making major decisions to make the media move away from the overheating issues.

In an interesting take, a reddit user explains how it could be Apple behind this game to hurt Qualcomm dominance in the world of chips and smartphones. It's a long story so grab a cuppa tea, may be?

Apple's business strategy in 2012-13 must have been to go full throttle on 64 bit adoption, since it was an 's' year. Plan: Use the 5s year to pave way for the 64 bit code migration for iOS 8 and iPhone 6. Be first out of the gate, and catch Qualcomm and Samsung off guard.

Then Google announces Android L with 64-bit support in ART. And only ARMv8 can handle the increased encryption demands from L. Now Qualcomm really needs to get it right, given phone companies want Lollipop in Q1 2015. Yet time and resources are tight, maybe too tight for their next-gen core design. [emphasis, ours]

Except, Samsung has gone all out in the S6 with the best Exynos yet and 14 nm from Samsung LSI fabs. Given the promising internal results with S6's Project Zero, Samsung said NO to the 810.

And then the overheating rumours started, and were realized in the M9's throttling.

Qualcomm may have lost Samsung's contract for good [...]

And as Intel and Samsung's LTE modems get better, Qualcomm may lose its dominance.

And that's how Apple unintentionally made Qualcomm stumble, with a move 1.5 years earlier that was planned 3 years earlier.

Applause! For some reason, it sounds usual to read that a third company staged this while we may have blamed it on TSMC foundries and Qualcomm for messing things up on the chip design. But anyway, it seems no less illogical anyway. What do you think of this side of the story?

How to Manually Check for New macOS Updates