Automated homes seem to be next big thing nowadays. With the way investments and plans seem to be going right now, it seems that in the upcoming future we'll be interacting with our homes the same we we interact with our smartphones. We already covered Google's NEST in detail for you previously. With the technology Google is pursuing in NEST, pretty soon your house will set the temperature and wash your clothes before you've even entered your garage. Well Samsung doesn't want to be left behind in the race either. According to techcrunch, Samsung is in negotiations to purchase SmartThings for a whooping $200 Million. The deal appears to be in its final stages as of yet. By bringing SmartThings under it's wing, looks like Samsung is hoping to get ahead of Google's NEST in the race for automated homes. 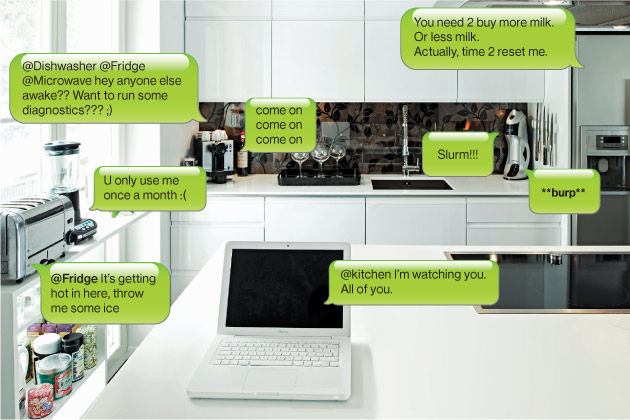 SmartThings is a two year old startup and allows you to connect your home devices to a system controlled by your mobile phone. The startup prior to Samsung's talks has already managed to raise a hefty $15 Million from various investors. SmartThings sells kits which are centered around a central Wi-Fi hub. These are coupled with a variety of devices and appliances. These include smart locks, motion, temperature and locations sensors coupled with alarms and power outlets. All of these become available to you directly on your smartphone, Android or iOS.

This, coupled with Google's NEST ends up contributing to the larger 'internet of things' concept. Through the internet of things the not for profit Thread Group aims to create a platform where connected devices will have the ability to securely communicate with each other. Sounds very futuristic indeed. And to be the first ones to reach this future is all that Samsung, Google or even Apple want. With smart homes and home automation enabled, these corporations will end up getting access to unprecedented levels of data. Which of course, will be used to sell more products. How it all turns out is yet unknown. Let us know what you thing about the future of home automation in the comments box. Cheers!