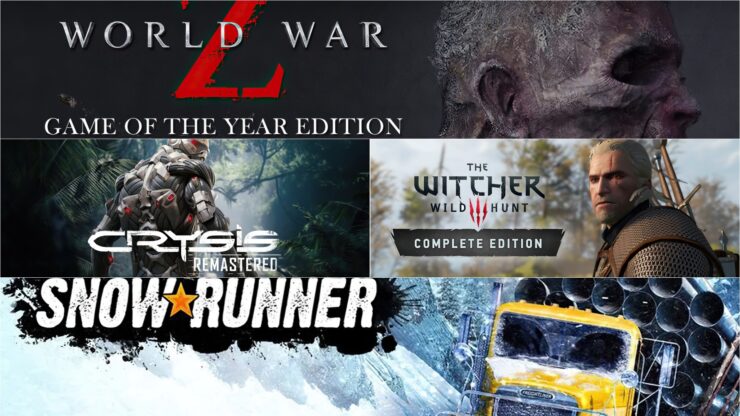 Saber Interactive is one of those names that weren't necessarily known by mainstream gamers until a couple of years ago, even though the studio was actually founded back in 2001.

That's likely because, after a couple of mixed attempts to break through with Timeshift and Inversion, Saber mostly dedicated itself to assisting other studios, chiefly Microsoft's 343 Industries. The developer helped with the release of Halo: Combat Evolved Anniversary and later Halo: The Master Chief Collection.

However, Saber had bigger long-term plans which started to materialize with the 2017 releases of Spintires: Mudrunner, the off-road racing simulation game published by Focus Home Interactive, and the arcade basketball game NBA Playgrounds. Then, the following year, the studio launched NBA 2K Playgrounds 2 and began working on a number of ports, such as Armored Warfare and Road Redemption for consoles as well as the Nintendo Switch port of Spintires: MudRunner - American Wilds.

Arguably Saber Interactive rose to prominence last year, though, with the global success of the coop horde shooter World War Z, the acclaimed Nintendo Switch port of The Witcher 3: Complete Edition, the remaster of Ghostbusters: The Video Game and two other Switch ports (Call of Cthulhu, Vampyr). Even after the multi-million hit achieved with World War Z, the studio kept taking on support work as it had previously done, partnering with Tripwire Interactive on Killing Floor 2 in late 2019.

The first half of this year was even more eventful for Saber, as the studio accepted the $525 million deal offered by Embracer Group and became a direct subsidiary of that holding company in February. Last month Saber Interactive returned three times in the headlines, first as the co-developer of Crysis Remastered, then as the developer of the WWE 2K Battlegrounds spin-off, and lastly for the release of SnowRunner, a sequel to MudRunner which already got an even better reception than the previous entry.

The future looks very bright for this burgeoning game development studio, which is why we decided to set up an interview with Saber Interactive founder and CEO Matthew Karch to learn a bit more about how they've been coping with COVID-19 and what's next for the developer. 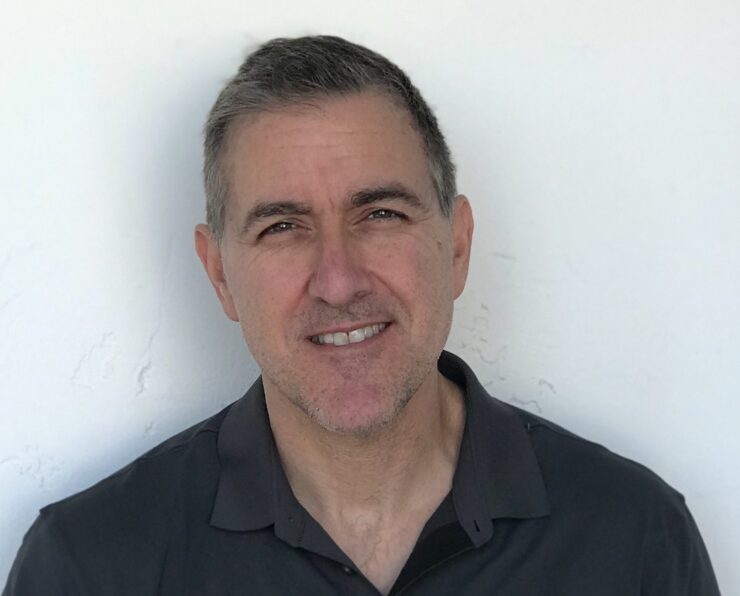 Saber Interactive is one of the most versatile and dynamic game developers in the industry, having released original games, remasters, and ports for many different platforms in many different genres. How do you successfully juggle so many different engines, tools, and design mechanics at any one time?

Thank you for describing Saber so kindly. It’s pretty simple how we’ve evolved to handle so many
projects – we did a lot of hiring and bought a couple of studios! We found a balance between projects that are self-published, co-published, or work-for-hire. Managing everything has not been easy but we’ve held it together. Our recent acquisition by Embracer Group is crucial to us continuing this path, as we’ll have the additional resources and expertise we need.

Can you give us an overview of the internal structure at Saber? Do the various offices have a specialization of sorts?

Saber Interactive is a company of over 600 people focused on several different projects across all of our studios, with our biggest studio located in St. Petersburg, Russia. From this studio, we support our worldwide operations, with everything from engine development, to QA, to publishing groups. The St. Petersburg studio is also home to several AAA development teams working on their own games. We also have studios in Spain, Portugal, Sweden, Belarus, and throughout Russia. Each studio definitely has its own unique personality, but the studios are not limited to any specific genre or style of game. We let our teams decide what games they want to make. Some of the best aspects of Saber are the various games we develop, from 1st-person shooters to sports games, to sim-style experiences, and even mobile titles - we do just about everything.

How did COVID-19 affect Saber as a whole, and what do you think of the overall outlook for the games industry?

The COVID-19 pandemic is a global tragedy, and like everyone around the world, we are dealing with it the best way we can. All of our employees are working from home, and we've set up several virtual meeting rooms and separate VPNs for people to connect. We have worked hard to keep our recent releases on schedule and launched without problems. As we look to the future, we feel we are well prepared to continue development on our unannounced games with little or no loss in time. We believe that the industry as a whole will continue to survive without drastic changes throughout this pandemic and afterward. The social connectivity of our players allows people to stay connected in their games and with their friends while staying safe distances apart. The lack of large-scale conventions for the foreseeable future is unfortunate. However, we already see companies adjust to this reality, and still deliver games, news, and updates to their fans. When this pandemic is finally over, we believe that the industry may actually be stronger, because companies will learn to adapt and change through these challenging times.

I have to imagine you must have had other publishers making acquisition offers in recent years. Why was Embracer Group the right choice for Saber Interactive at this time?

Indeed, we’ve had conversations with various interested parties over the years. Embracer Group was clearly the right choice because they appreciated Saber’s independent, entrepreneurial spirit. We felt they wanted to collaborate, not dictate. We have a vision for what we want to do and put a lot of passion into the projects we take on. For example, we’re as proud of the technical work we did on porting The Witcher 3 to Switch, or remastering Crysis, as we are the success of World War Z and SnowRunner. With Embracer’s support, we can continue to take on the games we’re most excited about.

With Tim Willits hired to be your Chief Creative Officer in late 2019, I would guess Saber Interactive might be looking to expand the percentage of original creative work versus remasters and ports going forward. Is that a fair assumption to make?

Tim has been a great addition to the senior leadership team at Saber, and he brings a storied career of experience with him. Tim's guidance and input have been invaluable as we continue to develop and release our own IPs and new titles. We feel we are well-positioned to grow and expand the number of unique IPs and new titles from all of our studios along with the continued development of remasters and ports.

Having been acquired by Embracer Group could potentially give you access to a veritable treasure trove of IPs. Does that interest you or would you still prefer to build new IPs?

Certainly the various companies under Embracer’s umbrella have some iconic IPs. Of course that is
interesting! But in the short term, we’re focused on executing on our roadmap that was already in place prior to the acquisition.

World War Z just got a new DLC and the GOTY Edition, and a Nintendo Switch release is coming. It's perhaps your biggest success so far. What are your plans for the IP? Are you going to make lots of DLCs still or would you rather focus on a sequel?

We are thrilled with the success of WWZ, and we are committed to supporting the game for the
foreseeable future. We have over 10 million registered users to date, and the community continues to grow. We do have plans to continue working with the IP, and we are excited about the future potential. We will talk about the future of WWZ as soon as we have more plans to share. The upcoming Switch version of WWZ is actually more challenging than the port of The Witcher 3!

Saber Interactive garnered particular recognition for Nintendo Switch ports, with the shining example of The Witcher 3. Did you do a lot of R&D for Nintendo Switch games optimization? Do you reckon there's still some untapped power left in the hardware?

We are big fans of the Nintendo Switch and feel there is still a lot of great potential in the hardware and the platform. We have had enormous success so far, launching many titles on the Switch, and we are continuing to develop for the platform. We do feel there is more developers can get out of the Switch hardware, and we think fans will be surprised at some of the upcoming titles for it.

This year, Sony and Microsoft are releasing next-gen platforms. Now that the respective hardware specifications have been made public, what are the aspects that stand out and excite you the most?

There are a number of features we are excited about on both next-gen platforms. We are big fans of fully backward compatibility and cross-play. We know fans have invested a lot of money in their game catalogs, and to continue playing their favorite games along with new titles is exciting. We are also big fans of the social initiatives of both platforms, and how easy gamers will be able to interact with their games on not only the console but other platforms as well. And lastly, the power of the hardware. We, as developers, love more power in our systems when developing games!

World War Z famously allowed up to 1,000 zombies to appear on screen at the same time with your proprietary Swarm Engine. How much bigger could that figure be in a game designed from the ground up for PlayStation 5 and Xbox Series X?

Bigger, a lot bigger. Running the Swarm Engine on next-gen hardware is amazing. The things we can do with the new systems will have a material impact on the experience. I would love to talk about what we have already been able to do on the new consoles, but it’s too soon.

Are you planning to enhance already released games of yours such as World War Z and SnowRunner for the PlayStation 5 and Xbox Series X?

There is nothing I can announce at the moment.

On the PC platform, Microsoft is introducing DirectX 12 Ultimate with DXR 1.1, Mesh Shading, Variable Rate Shading, and Sampler Feedback. Are you planning to take advantage of any of these in your games?

Yes, we are planning on using multiple new hardware features in the upcoming games. We are working on global illumination and realtime reflection technologies based on DirectX raytracing. We are planning on unifying our geometry and LOD authoring pipelines with Mesh shaders. Sampler feedback will be used to help optimize sparse textures and variable rate shaders will deliver a performance boost. We are excited about new technologies coming up in this DirectX update and are always looking for ways to optimize our games by taking advantage of the newest technologies.

Crysis Remastered Has A Benchmark Tool, Here’s How To Find It